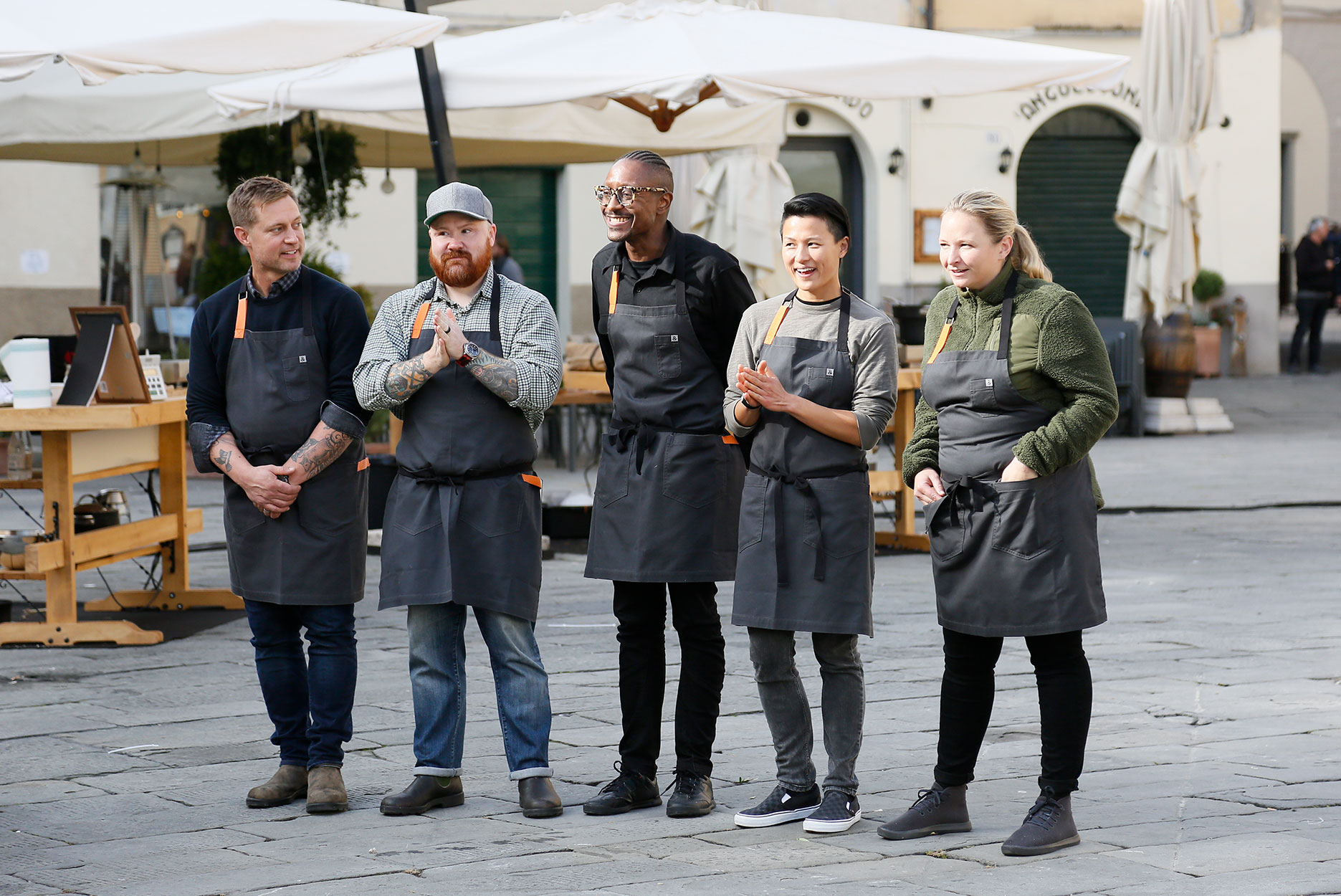 After last week’s shocking elimination of Gregory, we have four remaining chefs, Bryan, Kevin, Melissa, and Stephanie, battling it out to win the title of Top Chef. And this week brings them one step closer to the grand finale — as it happens to be the season’s penultimate episode. So which three contestants make it to the finale? Find out in our recap section. But before that, here’s a quick rundown of the upcoming epic showdown/

‘Top Chef: All-Stars L.A.’ finale will drop on Bravo in the US next Thursday at the above-mentioned time slot. Since the channel is a standard part of most cable packages, you can catch the episode as it releases on tv. But if you are someone who sticks to more flexible timelines, then you can watch the episode online on Bravo’s official website with the help of a cable subscription.

Long story short, in ‘Parma’, the contestants need to make the “primi” and “secondi” courses with two main ingredients: Parmigiano Reggiano and prosciutto di Parma. The guest judge for this round is Massimo Spigaroli, chef and owner of Antica Corte Pallavicini. While Stephanie cooks the prosciutto into a ragu, Bryan goes for a simple chitarra pasta with butter, cracked pepper, and cheese. Melissa has picked anolini en brodo while Kevin is cooking pork cuppa. Padma, Tom, and Gail are joined by Massimo, who is accompanied by Enrico Bartolini, Isa Mazzocchi, Roberto, and Enrico Cerea, Maddalena Fossati, and Evan Funke. The judges praise all the dishes but the stars for this session are Melissa and Stephanie. They head directly to the finale! And Melissa is the final winner.

This means that Bryan and Kevin are at the bottom. Evan comments on Bryan’s pasta, saying that it was prepared to perfection but the sauce on top sucked out the life from the Parmigiano. As for Kevin’s pasta e Fagioli, the panel rays that the cheese on top was not the right choice. Finally, the loser? Sadly, it is Kevin. And we have our last-remaining trio of finalists — Bryan, Melissa, and Stephanie. So who will claim the title of Top Chef? Watch the finale to find out!