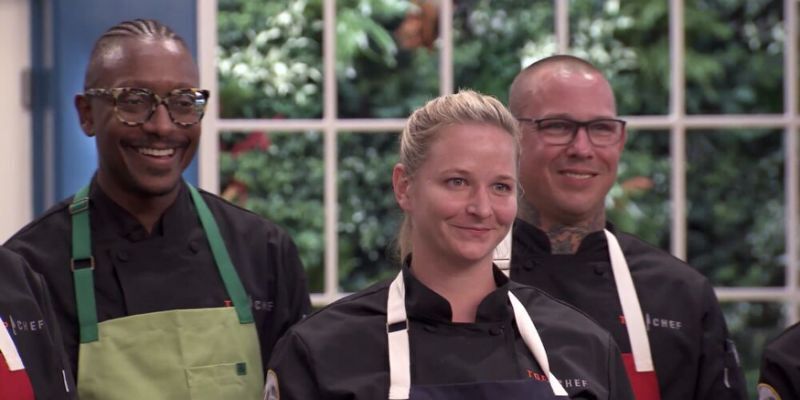 The obsession of all the foodies out there, ‘Top Chef’ has been running successfully for 14 years since its inception on March 8, 2006, on Bravo. The cooking reality show features some of the best chefs across America who battle it out to win the coveted title of “Top Chef.” The show has managed to spin over 16 successful seasons so far. Serving as a career-boosting platform to many contestants, it has received critical acclaim for imparting knowledge about food and for teaching myriad cooking techniques to the viewers.

The Emmy award-winning show has spawned a variety of spin-offs, namely, ‘Top Chef Masters,’ ‘Top Chef: Just Desserts,’ ‘Top Chef Junior’, and several international adaptations. Season 16 recorded over 1 million views on an average and concluded in March 2019. Since then, fans have been anxiously waiting for the return of their beloved show. If you’re one of them, don’t worry, we have got you covered. Here’s everything you need to know about ‘Top Chef’ season 17 also known as ‘Top Chef: All-Stars L.A.’

This is the second all-star edition of ‘Top Chef.’ The filming took place in the same setting as ‘Top Chef’ season 2 – Los Angeles, California. This season marks the first time, a part of the production took place in Europe.

Tom Colicchio, Graham Elliot, and Nilou Motamed formed the judging panel of ‘Top Chef’ season 16 AKA ‘Top Chef: Kentucky,’ since Gail Simmons was on maternity leave during the shoot.

Season 17 marks the return of the ‘Top Chef’ regular Gail Simmons, along with head judge Tom Colicchio. Also, it is difficult to imagine a season of ‘Top Chef’ without its constant presenter/host Padma Lakshmi, who will reprise her role as a host/presenter in the seventeenth season.

The contestants or cheftestants participating in season 17 are –

What can Top Chef Season 17 be About?

‘Top Chef: All-Stars L.A’ follows the same format as the previous all-stars edition i.e., ‘Top Chef’ season 8. It will see the return of 10 Finalists and 5 Front Runners or fan favorites, from past seasons, who will compete with each other by demonstrating their culinary skills in various challenges. After going through the standard elimination process, one person will emerge as the winner, who will get crowned ‘Top Chef’ and take home the grand cash prize of $250,000, which is the highest prize in the history of the show. He/she will also get a chance to feature in the FOOD & WINE magazine and attend the annual FOOD & WINE Classic in Aspen.

Each episode will feature two challenges – the Quickfire Challenge and an Elimination Challenge. Since the cash prize is high, the stakes will be higher. Therefore, this season will see the return of the famous “Restaurant Wars” challenge, which involves the chefs to revamp an empty room/hall into a restaurant against set time and budget. The various challenges will take place in the famous Griffith Observatory, The Walt Disney Concert Hall, LA Coliseum, Getty Center and the finale, will be hosted in Italy.

For the ultimate challenge, the professional chefs can be taken away to a sleep-away camp to recreate an iconic dish of the expert chefs. Apart from that, the cheftestants will also have to master the art of L.A.’s trendiest dish ‘Kaiseki,’ which is an elaborate multi-course meal available at N/Naka. We can also expect the chefs to prepare a tribute dish for the Pulitzer Prize-winning food critic late Jonathan Gold.

Check out the first look of ‘Top Chef’ season 17 here!