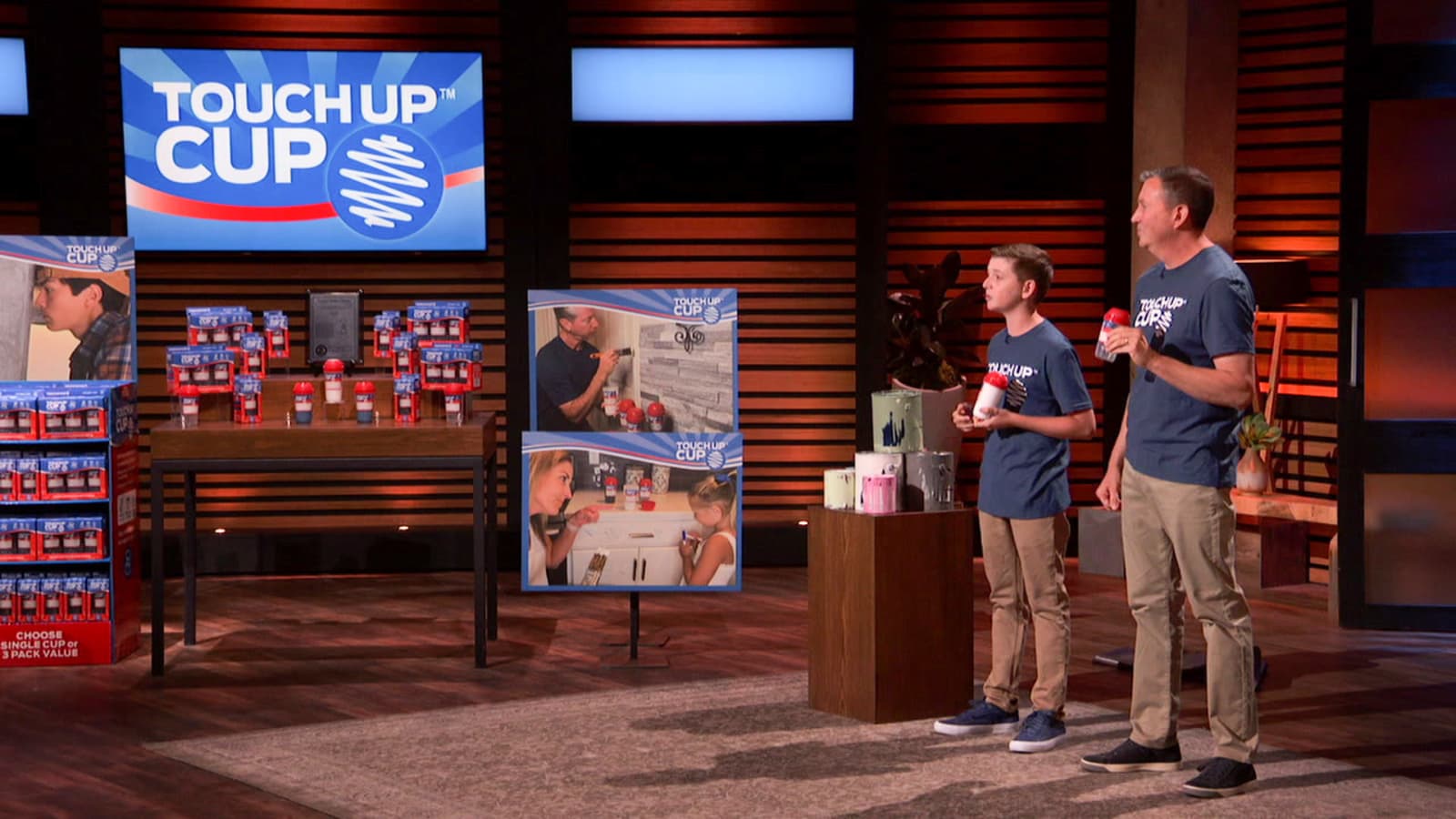 Season 12 of Shark Tank introduced Touch Up Cup, a business that revolves around providing a simple solution to basic household issues. They pitched several products, with their signature one being the eponymous Touch Up Cup. It helps keep paints fresh for longer, so if you are doing minor home improvement projects, you need not worry about paints getting spoiled. It has been close to a year and a half since the venture was pitched on the show, and the co-founders Jason and Carson Grill are back on season 13 for an update. Naturally, you must be curious to know the current status of the business. Let’s find out!

Touch Up Cup: Who Are They and What Do They Do?

The father and son Jason and Carson are 50-50 partners at Touch Up Cup. According to sources, the company started in 2016 under the name DZ Innovations, Inc. The signature product – Touch Up Cup – was ideated by Carson when he was only 13 years old. Jason helped fine-tune the idea, which was then turned into a business. While the teenager took care of day-to-day operations, including shipping, his father managed the patent issues and relationships with managers.

Interestingly, the company already seemed to be on its feet when Jason and Carson took it to ‘Shark Tank.’ The business was being run in their hometown of Cincinnati, Ohio while picking, packing, and Electronic Data Interchange was carried out in Nashville, Tennessee. They already had four patents – one utility patent for the Touch Up Cup as well as three design patents for the food storage containers for muffins, bagels, and donuts.

The Touch Up Cup is made from sustainable plastic, which has a strong silicone seal to prevent spillage. Moreover, it is eco-friendly because it is washable, reusable, and recyclable. The stainless-steel mixing blending sphere breaks up clumps of paint that supposedly has the potential to keep it fresh for up to ten years. So, all you need to do is shake the cup before you begin painting again. This also saves money and space as you need not buy new paint cans for every project you take up.

Touch Up Cup sells various other products such as the Touch Up Tarp, a reusable anti-slip drop cloth that prevents a mess while painting, a reusable bacon grease container (Piggy Pouch) that prevents drains from clogging up, brushes, and rollers, among other things. The products are priced differently but reasonably. A pack of three Touch Up Cups comes for about $14.99, which is the same as one unit of the food storage containers. At the same time, the tarp costs $19.99, while the Piggy Pouch is $9.99 only.

Where Is Touch Up Cup Now?

One of the reasons why I invested in @TouchUpCup is that I felt an instant connection to Carson and Jason. I too was a young entrepreneur and started my own company when I was 19 & Carson is 15. I'm really excited to be involved with these two. #TouchUpCup #SharkTank pic.twitter.com/CujpULbOE8

Since then, Touch Up Cup has only grown as a business as the international demand for the product grew, specifically in New Zealand and Australia. At present, the products are available in big chain stores across the USA, including Lowe’s, Meijer, Walmart, Theisen’s, and Home Depot. In addition, the Canadian Tire stores stock their products as well. While you can order the items through the official website of the company, you can also find them on Amazon.

Despite the scale at which Touch Up Cup is doing business, it is impressive how Jason and Carson have managed to handle it without dedicating all their time to it. While Jason continues to work in the medical field with Cardinal Health, Carson is a student, albeit with a very hectic schedule! It remains to be seen if either of them will step into their business full-time, given the rate at which it is growing.