Where is Transplant Filmed? 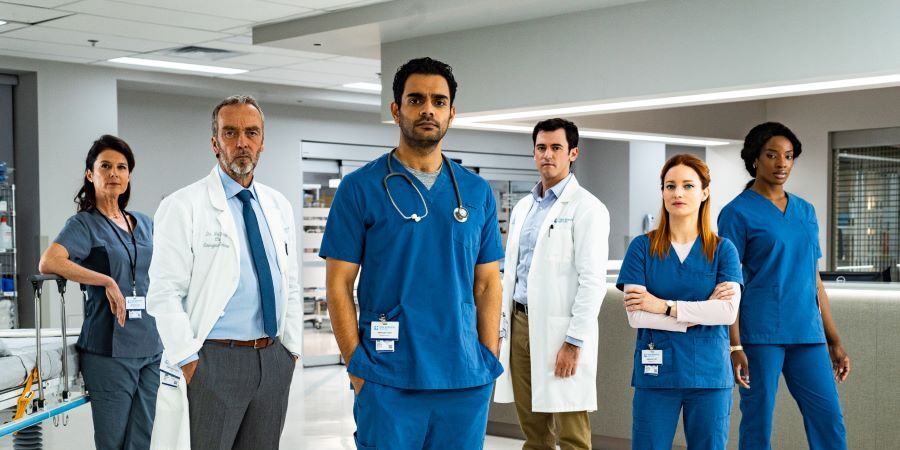 ‘Transplant’ is a Canadian medical drama television series that centers around Dr. Bashir Hamed as he deals with the trials and tribulations of being a Syrian refugee in Canada, after being forced to flee his war-torn country with his sister, Amira. After facing initial rejection from a hospital owing to the recognition of foreign credentials, Bash lands a job at a Middle Eastern restaurant. While Bash is serving the customers as a line cook, an accident takes place, granting him the opportunity to exercise the medical training he received while working at a war zone.

Upon being acknowledged as a man of skills, Bash finally bags the position of the resident doctor at York Memorial Hospital. Throughout the series, Bash strives to earn the acceptance from the people around him, while working to make a new and better life for himself and his young sister, Amira. The CTV show has received a favorable response from the critics and the audiences because of which, NBC acquired the U.S. broadcast rights for the series to expand the show’s reach. Apart from the emotionally charged premise, the show has amassed acclaim for the terrific performance of the cast, especially lead actor Hamza Haq. Let’s go through the filming locations of ‘Transplant!’

After struggling to find a job that suits Bash’s experience and knowledge, he finally secures one as a resident doctor in the ER at Toronto’s York Memorial Hospital. Since the Joseph Kay creation is set in Toronto, you must be wondering: Is it actually filmed at a hospital in Toronto? Well, allow us to help you with that question. Here are the specific sites where ‘Transplant’ is filmed!

Well, some of the establishing shots are taken in Toronto to showcase the Toronto geographic marker. Apart from that, the show is extensively filmed in Cinepool Studios the city of Montreal in the Canadian province of Quebec. The film and television studio is exactly located at 2555 Dollard Ave, Lasalle, Quebec H8N 3E5, Canada. Here’s a behind-the-scenes picture from the set, featuring Hamza Haq and his fellow cast member Grace Lynn Kung, along with a camera operator.

Production designer Andre Guimond coupled up with set designers Raymond Larose and Celine Lampron to transform a soundstage at Montreal’s Cinepool Studios into an entire floor of the fictional York Memorial Hospital, which is set in Toronto.

Over 100 people, comprising carpenters, plumbers, electricians and equipment installers, worked tirelessly from February 2019 to June 2019 to build the set, that spans across 2601 square meters. From the patron’s board on the emergency room to the magazines and painting in the waiting room, set decorators Michele Ouellet and Maryse Touchette ensured that the set looked exactly like a real hospital.

Filming the first season came with its own set of challenges. While filming a particular exterior scene, the temperature dropped to 4 degrees, making it difficult for the cast and crew but the AD and Wardrobe team managed to keep the actors warm between the takes.

The principal photography began on May 22, 2019, and concluded on December 9, 2019. Haq shared a picture from the last day on set, along with a heartfelt caption to commemorate the wrap-up of the first season. “What I’ve learnt most about having played this part is humility. There wasn’t an aspect of preparation that I did alone. Thank you to everyone on this team. I only had to pretend to be a Syrian refugee and at times that got so emotionally taxing to do for 8 months but listen – I’m not a Syrian refugee. I’m a privileged Canadian actor. There are people out there suffering ALL over the world,” he wrote.