Where is Travis Henry from My 600-lb Life Today? 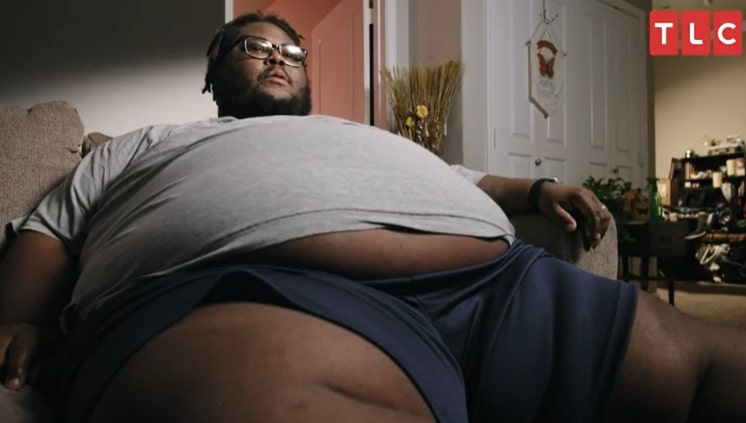 The eighth season of TLC’s hit reality show ‘My 600-lb Life’ churned out many success stories. Travis Henry was one of the clinically obese patients who enrolled in Dr. Now’s weight loss program and benefited from it. The 31-year-old Texan native, who is a musician and songwriter, had weighed 617 lbs in the beginning. With the help of Dr. Now’s strict diet plans, counseling sessions, and exercise regimes, Travis managed to lose 238 lbs and came down to 379 lbs. His main aim was to get approved for gastric bypass surgery, and Dr. Now gave him a positive affirmation.

Travis’s food addiction began when he was a little boy. His parents had split up, and he had little to no parental supervision. He relied on his elder brother for security. Having been neglected all his life, he experienced abandonment issues when his brother moved in with his father, leaving Travis all alone. Travis couldn’t understand why his father never accepted him and refused to reconnect with him.

Travis then began to spend time with his mother, who used to stop him from eating junk food. By then, he had gotten so addicted that he would sneak snacks into his room and hide them. He even learned to drive and spent his teenage years exploring fast-food restaurants. Another blow that affected Travis’s mental health was when his ex-fiance dumped him a month after their engagement. Unable to cope with these situations, he turned to food for comfort.

A flicker of happiness came in his life when he met his wife, Yasmin, at church. The couple got married after six months of dating. But, they couldn’t have a proper ceremony as Travis was unable to find a tux or even walk down the aisle with her. This pushed him to seek Dr. Now’s help. He promised Yasmin that he would give her their dream wedding. Yasmin also confessed to feeling guilty of being an enabler. She knew the amount of unhealthy food Travis eats is not normal, but she gave in to his demands for the sake of his happiness. Yasmin’s mother also helped take care of Travis, but both the women had run out of patience.

When they were not cooking heaps of food for him, he got snacks delivered at home. Lazy, uninspired, and depressed, Travis realized that if he ever wants to play or write music again, he needs to take action. Travis then got enrolled in Dr. Now’s program and achieved great milestones. The celebrity doctor was very happy with his progress. Even though Travis struggled with denial and anger issues initially, he eventually embraced the process and found motivation in his constantly lowering weight.

Where is Travis Henry Now?

It is unclear where he stands with his weight today, but fans are sure that Travis is still dropping pounds at a quick pace. By the end of the show, he had become slimmer and healthier. According to his Instagram posts, it seems like he has started playing music again. He has also started a Youtube vlogging channel. He now goes for daily strolls with his wife, and the couple even went to watch a movie after seven years!

Travis is definitely enjoying his new-found mobility and spending every chance to make Yasmin happy. Travis doesn’t update his Instagram account much, and Yasmin’s lack of social media presence makes it difficult to keep track of Travis’ weight loss journey, but his enthusiasm and optimism on the show assured followers of a promising future.