Trials of Mana Remaster: Everything We Know 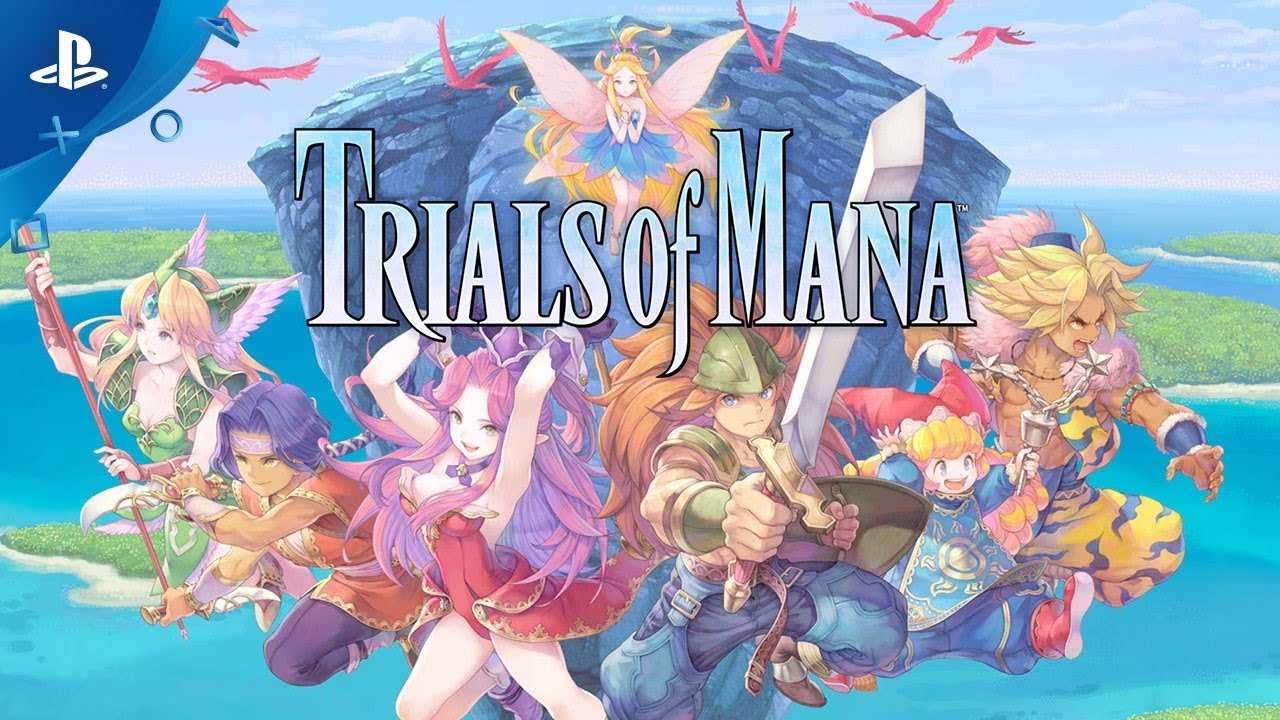 ‘Trials of Mana’, also known as ‘Seiken Densetsu 3’ in Japan was a defining game for the famous Super Famicom (Super Nintendo Entertainment System). At the time, it was praised for its standard setting visual fidelity and ambitious narrative style that featured 3 long main story lines and up to six different main protagonists. All of these protagonists got their own unique story arc and even allowed the player to play as two of the character at the same time. This gave ‘Trials of Mana’ unparalleled replayability, and the game ended being a classic title that still underlines the heyday of the Nintendo SNES.

Such was the popularity of the game that a fan made English language translation of the game was released in 11999 so that players outside of Japan could enjoy the game as well. Now with a remake of the SNES classic titled ‘Trials of Mana’ on the way to us by early 2020, here’s everything we know about the classic action role playing game from Square Enix.

Trials of Mana Plot: What is it About?

It is said that the world of Mana was created when the Goddess of Mana forged the cosmic Sword of Mana and defeated the 8 Benevodons, a set of elemental God Beasts representing world elements such as fire, water, earth, wind, wood, moon, light and darkness. The Beasts were then sealed inside 8 Mana stones where they lay for a long time until the world once again finds itself flung in conflict. Certain malicious entities wish to unleash the Benevodons and use their power to gain control of the world.

The Steam page for the game describes it follows: “When the world was shrouded in darkness, the Goddess of Mana drew forth the Sword of Mana to smite the eight Benevodons, monsters of destruction. She sealed the horrors inside the eight Mana Stones, bringing the realm back from the brink. Weakened from rebuilding the world, the Goddess changed herself into a tree and fell into a deep sleep for many years. However, the forces of evil soon sought to free the Benevodons to gain control of the world.”

The six main playable protagonists in ‘Trials of Mana’ are Angela, the princess of the ice-covered magical kingdom of Altena fleeing from the machinations of her mother Queen Valda; Hawkeye, member of the guild of noble thieves who lives in the Sand Fortress of Nevarl; Duran, an orphan who grows up to become a swordsman for the Kingdom of Valsena and its King Richard; Reisz, princess of the tranquil wind kingdom of Laurent and captain of the Amazonian Army; Kevin, the mute prince of the Beast kingdom Ferolia and finally Charlotte, an everyday girl living in the holy city of Wendel who also happens to be the granddaughter of the Priest of Light.

Our protagonists face against three different evils in groups of two, with Angela and Duran facing up against the Dragon Lord, Hawkeye and Riesz opposing the Dark Majesty, and Kevin and Charlotte battling the Masked Mage. However, the main storyline will be based on whichever character you deem to select first.

‘Trials of Mana’ is an action role-playing game presented from the top down perspective. At any given time, the player can switch between two different characters. Combat is facilitated by one equipable weapons and different elemental magical spells. A gauge based special attack allows each character to unleash devastating character specific attacks.

The currency for progression is the experience points you gain in battle, which increases your level and characteristics such as strength. ‘Trials of Mana’ also features a class system which comes into play once you have reached level 18, with a second class choice coming at level 38.

There is a full day/night cycle in the game as well, with certain events only taking place during certain times of the day, and uniques character interactions such as Kevin turning into a werewolf when fighting at night. The in-game inns allow the player to skip time if needed. The night time also factors into the game’s magic system, with different kinds of elemental magic becoming slightly stronger on specific nights.

The remaster of ‘Trials of Mana’ will feature a complete visual overhaul with a transition to full 3D graphics and gameplay improvements to bring the game into the modern age. The top down view is abandoned in favor of a new third person perspective for even more immersion.

The battle system has also been upgraded, along with full English voiceovers and extra bits of dialogue for world building. However, like before, there is no multiplayer component to the game.

Trials of Mana Developers: Who Are The People Behind It?

‘Trials of Mana’ and it’s upcoming remaster is being developed and published by prolific Japanese video game developer Square Enix (previously known as Square). Square Enix is known for some of the biggest names in gaming including ‘Final Fantasy VIII’, ‘Just Cause 4’, ‘Life is Strange 2’ and ‘Shadow of the Tomb Raider’.

The original ‘Trials of Mana’ was designed by series creator Koichi Ishii. It was directed by video game industry veteran Hiromichi Tanaka and produced by Tetsuhisa Tsuruzono. The art work for the game was created by famed manga artist Nobuteru Yuki while the music was composed by Hiroki Kikuta.

Trials of Mana Release Date: When And Where Can I Play It?

The remaster of ‘Trials of Mana’ is set to release on 24 April 2020. It will be available to play on PC, PlayStation 4 and the Nintendo Switch. Those who pre-order the game or purchase it before 21 May 2020 will also receive the Rabite Adornment DLC free of charge.

You can watch the reveal trailer for the ‘Trials of Mana’ remaster right here: