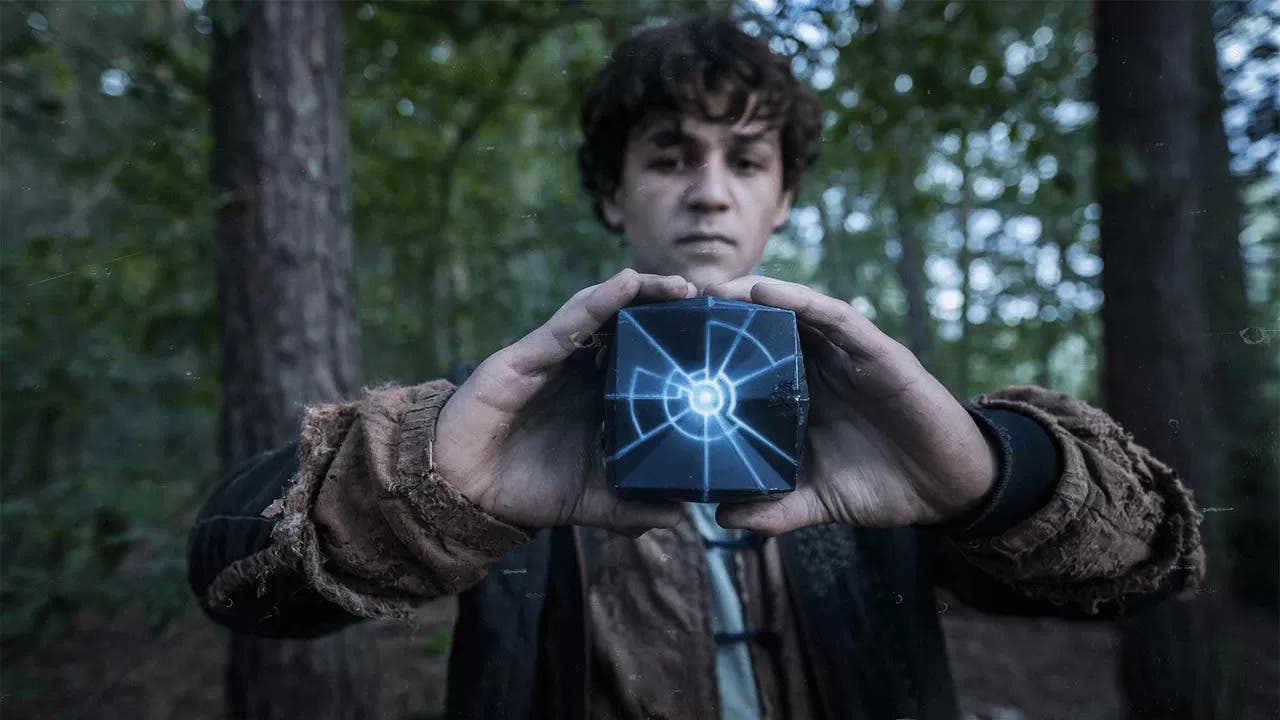 ‘Tribes of Europa’ is a German post-apocalyptic sci-fi fantasy TV series created by Philip Koch. The series stars Henriette Confurius, Oliver Masucci (‘Dark’), David Ali Rashed, and Emilio Sakraya in the lead roles and focuses on the story of three siblings who get embroiled in the conflicts of the various tribes of Europa who are fighting for dominance over the continent. If that sounds familiar, the series is very much like ‘Game of Thrones’ meets ‘The Hunger Games.’

After their peaceful tribe is killed, the three siblings are separated and thrown into the harsh realities of the world outside the forest they call home. The series builds its mythology right from the get-go and spares no opportunity for world-building. As the season progresses, question after question rises, but the season finale concludes without resolving most of these, and just like our protagonists, the viewers are left to figure things out on their own. But don’t worry, we can provide you with some of the answers! SPOILERS AHEAD.

Set in 2074, nations and civilizations worldwide have collapsed after a mysterious catastrophe, and smaller micro-states have formed across Europe. These micro-states, known as “Tribes,” each with a culture of their own, have been warring to claim dominance over the continent. Technology is sparse and is considered highly valuable. A mysterious aircraft crashes outside a forest which is home to the peaceful tribe known as the Origines.

After much consideration, the tribe leader Jakob leads a hunting party to check out the landing site. Jakob’s children, Liv, Kiano, and Elja, discover the injured pilot and decide to help him. Elja stumbles upon a mysterious cube not far from the aircraft. Elsewhere, the commander of the Crows (a savage and barbaric tribe), is also seeking the cube and tasks Lord Varvara with finding and bringing it to him.

Back in the forest, the pilot reveals he hails from Atlantia and prophesizes an oncoming threat that will wipe out humanity. He tasks Elja with returning the cube to the Ark, right before the Crows attack, and kill most of the OrigineS tribe. Elja escapes amidst the chaos while Jakob and Kiano are captured, and Liv is stabbed and presumed dead. Elja hides in a workshop and meets its owner, the scoundrel, Moses (major Han Solo vibes), who saves Elja from the Crows.

Liv is rescued by the Crimsons, a military force, and is taken to their base. Jakob and Kiano are taken to the city of Brathok, home of the Crows. We learn a bit more about the Crows and the Crimsons’ cultures and backgrounds as Kiano and Liv explore their new surroundings. Both seek to reunite with their family, and they face many challenges in this pursuit. Elja is solely focused on finding the Ark with the help of Moses. In the end, Liv gets caught up with the internal politics of the Crimsons and Kiano has to win a gladiatorial match to earn his freedom. Elsewhere, Elja and Moses manage to locate the Ark after running into a few troubles.

Tribes of Europa Ending: Will the Siblings Reunite?

In the first episode, we see that Liv, Kiano, and Elja share a strong sibling bond, and they even promise each other that they will always be together. However, over the series, the siblings are separated and go through their separate journeys. By the end of season 1, Liv has tried everything in her capacity to free her father and brother from Brathok. These efforts seem ready to bear fruit in the finale; however, her plan to exchange Grieta (a Crow captured by the Crimsons) for her brother and father goes wrong and results in a battle between the two tribes. 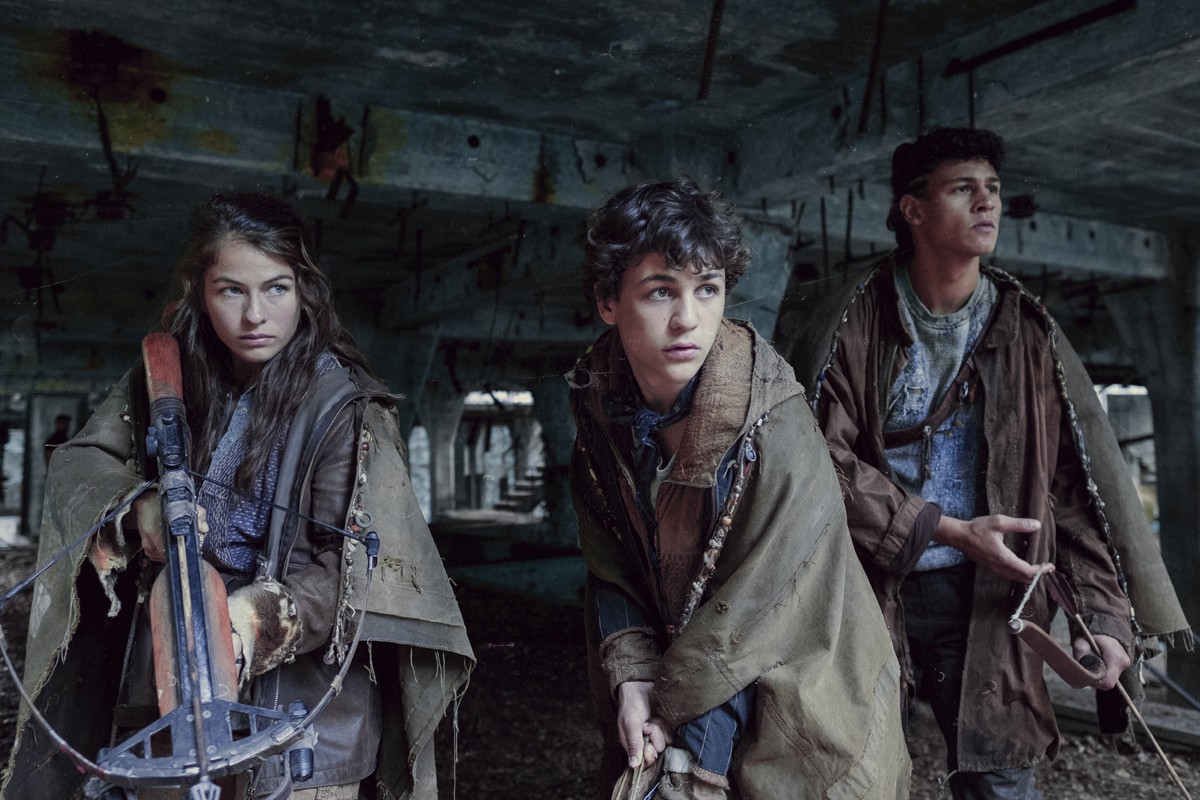 She manages to escape (but only barely) and is rescued by the Femen tribe. Kiano gets himself into the good books of Lord Varvara and earns his freedom after winning a gladiatorial match, but his freedom comes at a great price as he has to kill his father, Jakob, to win. Lastly, Elja and Moses reach the Ark’s location, but the cube runs out of power before giving them further instructions.

Elja tosses the cube into the sea in a moment of despair, and the cube hovers mid-air before dropping into the water. A large container emerges from the water. Elja and Moses enter the container, and we cut to credits. But they seem destined to end up in Atlantia, and the container, in all likelihood, takes them there. The siblings are all headed in new directions, pushing them further away from each other.

Liv will probably join the Femen, while Kiano has risen from slavery to join the Crows’ ranks and looks committed to them, and Elja has seemingly veered into Atlantia. Will the siblings cross paths again? It’s likely; they will eventually reunite, making up for some tense conflicts, especially when Liv and Elja find out Kiano killed their father. There is also the fast-approaching threat of the Black Swarms, and the siblings could be the catalysts to unite the scattered tribes of Europa to fight this looming threat.

What is Black December?

At the beginning of the series, we get an expository text which explains that a catastrophe has wiped out the previous world order and is referred to as “Black December.” However, a few dialogues suggest that no one knows what happened, and everyone has theories of their own, ranging from cyber-attacks to military super-viruses.

Moses reveals that in December 2029, everything driven by technology went wrong, followed by a global blackout on December 31st. All types of transportation and communication systems collapsed, and the world was pushed into a dark age. Moses’ words are the only concrete information we receive throughout the series. The reason and person responsible for Black December remain shrouded in mystery.

What is the Cube?

When Elja first comes across the cube, it is a mysterious artifact for him and the viewers. We later learn that the cube is a piece of Atlantian technology. The Atlantian pilot reveals that the cube can lead Elja to all the answers he is looking for, including the information about Black December. But to receive the answers, Elja must return the cube to its home, the Ark.

We know that technology is valuable in the world of ‘Tribes of Europa’, but according to Moses, the cube’s Atlantian origin makes it worth a fortune. Apart from this, the cube is also an efficient guidance system, can transform into a destructive laser gun, and contains a crucial message, which we will discuss in a moment.

What Are the Black Swarms?

Moses and Elja take the cube to Amena, a friend of Moses and a mechanic. She manages to fix the cube. Upon activation, the cube reveals a holographic video message, but the feed is disruptive and unclear because the cube is not fully repaired. We get a better look at the red-tinted footage when Elja activates the cube in front of Bracker, and we see a man (presumably the Atlantian pilot) surveying an unknown area. Viewers can see reddish-black storm clouds forming, and they encapsulate everything in their path, growing larger and larger.

This cryptic footage is never explained, but we receive a small clue in a preceding scene. On their way to meet Bracker, Moses and Elja camp with an Asian family who reveals they had to flee their home in the East because of the “Black Swarms.” They also reveal that seeing the Black Swarms causes a person’s death. The clouds we see in the footage may be the Black Swarms and the threat the Atlantian pilot warned Elja about.

Who are the Tribes of Europa?

The series introduces us to the peaceful tribe of Origines who live in hiding and are quickly decimated by the end of the first episode. The Crows are a barbaric tribe, and the Crimsons are a military force. The series details the cultures of these two tribes and not an awful lot is revealed about the Atlantians. We know that they are the most technologically advanced tribe in Europa and the only tribe that has managed to survive the Black December. Other than that, everything else about them, even their location, remains unknown.

However, at the end of the season finale, Elja and Moses do locate the Ark, which will possibly lead them to Atlantians’ whereabouts. In the last episode, we are also introduced to a new tribe, when Liv is caught in a war between the Crows and the Crimsons. She is rescued by a woman on horseback wearing an Amazonian-inspired attire (insert Wonder Woman theme). She introduces herself as a member of the Femen tribe. Should the series get a season 2, we will likely learn more about the Atlantian and Femen tribes.

Read More: Where Is Tribes of Europa Filmed?