Where Is Tribes of Europa Filmed?

Netflix’s ‘Tribes of Europa’ is a German sci-fi television series about a post-apocalyptic world that comes to exist due to technology collapsing into utter darkness. The source of this irreversible destruction is a phenomenon called “Dark December,” which has distorted the physical realm into a world reminiscent of the Middle Ages. Set in 2074, the series follows three young siblings – Kiano (Emilio Sakraya), Liv (Henriette Confurius), and Elja (David Ali Rashed), hailing from a forest-based tribe called The Origines.

They witness an aircraft crash in or around their village and encounter a pilot from The Atlantian tribe who entrusts Elja with a cube that he has to deliver to his people. Elja, out of curiosity, takes up the task. But he is unaware of the perils that are about to befall upon him. ‘Tribes of Europa’ is another intriguing Netflix original, which has a gritty and violent feel to it, almost in line with HBO’s ‘Game of Thrones.’ It is no surprise that the audiences have been swept up by its visual appeal. If you are a part of the fanfare and are looking for details about the filming, here’s everything we know.

Cameras started rolling on ‘Tribes of Europa’ on September 9, 2019, and the filming concluded on December 20, 2019. The show, which stands as W&B Television’s second collaboration with Netflix after ‘Dark,’ is interestingly filmed in Croatia and the Czech Republic. Here are the specific details about the filming locations.

The show is primarily shot in Prague, the capital and largest city of the Czech Republic. Production took place in Studio Barrandov, situated on Barramdov Hills, which is the largest film studio in the country. It has contributed to major high-budgeted Hollywood productions such as ‘Mission Impossible,’ ‘The Bourne Identity,’ ‘Casino Royale,’ ‘The Chronicles of Narnia: The Lion, the Witch, and the Wardrobe,’ and many more.

As Europe slowly emerged as a sought-after location for filmmaking, the Barrandov Studio also caught in much hype as producers and directors chose the studio to shoot TV shows and movies. Around 2,500 Czech and foreign films have been shot in Barrandov. An exhibition ground called Výstaviště in Prague also served as a filming site for the show. 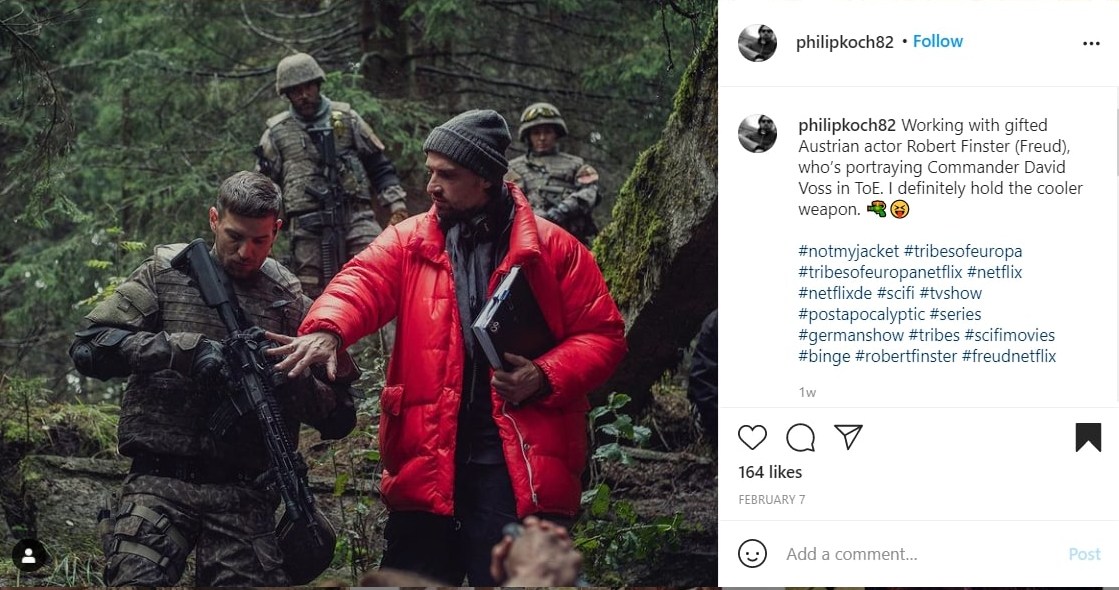 Other Filming Locations in the Czech Republic

Other filming locations for the show include Hrázský pond in a village called Stvolínky, Poldi ironworks in Kladno, Rolava in Přebuz, North Bohemia, Vrané nad Vltavou in Prague-West District and the Mladá Boleslav Prison, which is located about 30 miles northeast of Prague. Director Philip playfully shared a filming instance wherein he is seemingly guiding actor Robert Finster (Commander David Voss).

The series is also filmed in Croatia. The locations mostly include historic sites, industrial zones, and natural landscapes. A few scenes were shot in Bale, a settlement and municipality in Istria County. The interiors of The Monument to the Uprising of the People of Kordun and Banija (alternatively known as Petrova Gora Spomenik) also make an appearance in ‘Tribes of Europa.’

The Petrova Gora Monument is a World War II monument built on the highest peak of Petrova Gora, a mountain range in central Croatia. The production team also used the abandoned buildings of the University Hospital in Zagreb as a filming site. Other locations include Krka National Park and the Krka River in southern Croatia. A cast member Miran Kurspahic shared a picture of him and his co-actors who play characters from a tribe called The Crimson Republic. 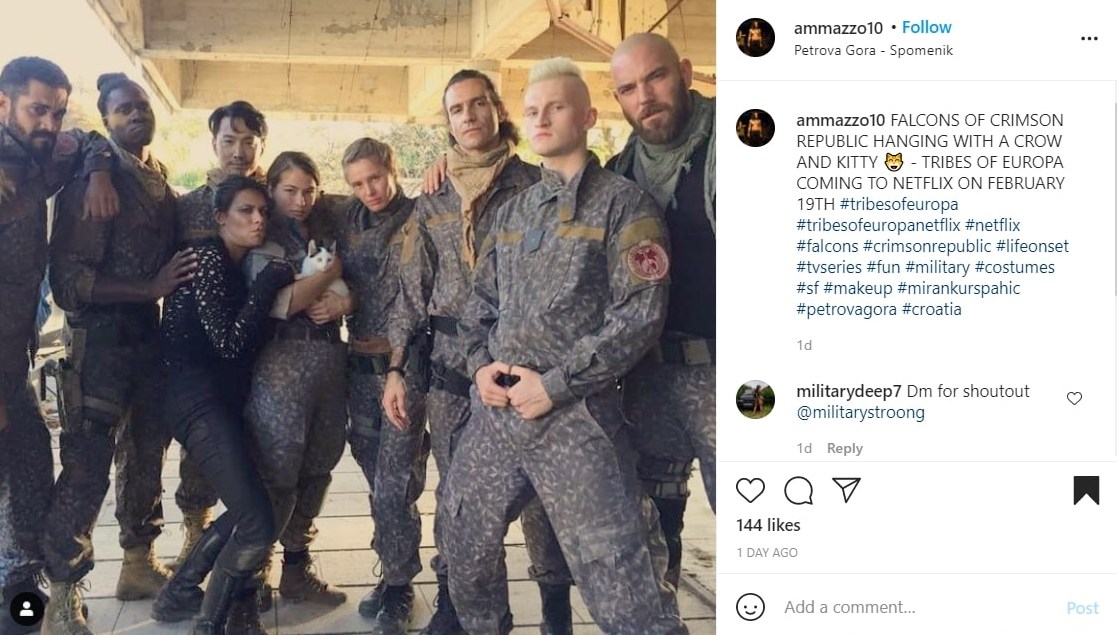