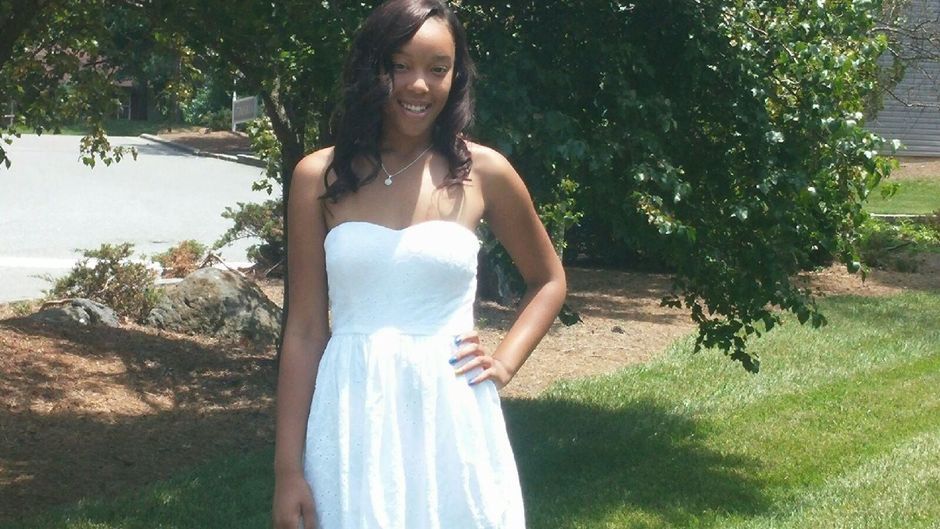 Investigation Discovery’s ‘Disappeared: The Vanishing Hour’ chronicles the mysterious disappearance of Tyarra Williams. On January 7, 2016, 19-year-old Tyarra vanished from her Webster Road apartment complex after telling her boyfriend and her brother that she was going to meet a friend in the complex. That was the last anyone saw or heard from her. If you are interested to know more about her strange disappearance and if she has ever been found, we have got you covered.

What Happened to Tyarra Williams?

Tyarra’s parents split up when she was around the age of seven. From then on, Tyarra was very close to her mom, Danielle, and her brother. (Not much information is prevalent about her bond with her father). She had a vibrant social life in high school and wanted a career in working with children and people with disabilities. In her senior year of high school, Tyarra moved out of her mother’s house and went to live in her grandmother’s apartment in the Stoneybrook Apartment Complex off Webster Road.

Recently before her disappearance, Tyarra enrolled herself in the Guildford Technical Community College. On January 7, 2016, she went to the college at around 8:00 am to finalize her enrolment and get her student ID made. Later that evening, at 6:00 pm, she went to her mother’s house to help her take down Christmas decorations. She spent some time there until her little brother and her boyfriend, Aaron, showed up.

At around 8 pm, the trio went to Tyarra’s grandmother’s house for dinner. Half an hour later, Tyarra suddenly mentioned that she was going out to meet with a friend called Travis. No one in Tyarra’s family recognized this name when asked later. After Tyarra went off to meet “Travis,” Aaron and her brother went back to his house to play video games. Strangely, Tyarra was not heard from since then. Her phone’s GPS showed that she made it to her friend’s apartment but was shut off shortly afterward. When Aaron tried to call her at 9:30 pm, he could not reach her, and the call went directly to voicemail.

When Tyarra was still missing the following day, Aaron informed her grandmother and her mother of the situation. Danielle could not recognize the name Travis, and phonecalls to Tyarra still went straight to voicemail. Danielle tried to access her daughter’s Facebook account and found that Tyarra was messaging an ex-boyfriend recently. After realizing her efforts to find Tyarra were in vain, she reported her daughter missing that night.

Is Tyarra Williams Still Missing? Is She Alive or Dead?

Tyarra Williams is still missing. Hence, it is still unclear if she is alive or deceased. The police, though, say it’s still an open investigation, and her family hopes that Tyarra will come back safe. The week Tyarra vanished, two other girls went missing in Greensboro, though later it was revealed that the disappearances were unrelated.

The police tracked Tyarra’s cell phone records and concluded that she did meet her friend at the apartment. Tyarra also had no history of running away, and there were no reported disturbances at her home which might have prompted her to leave. Investigators also interviewed neighbors and carried out a thorough search of the area but found no leads.

Once Danielle told the police about Tyarra contacting her ex-boyfriend, they brought the guy in for questioning. At first, he denied meeting or talking to Tyarra, but when faced with the text evidence, he confessed that he met her on the night she went missing. He said that they had sat and talked in his car for about 30 minutes that night before Tyarra started walking back to her grandmother’s apartment. The police searched his car but found no signs of Tyarra. Text messages also corroborated the ex-boyfriend’s story. The authorities sought another ex-boyfriend called Tre, who cooperated with the investigation and answered all of the police’s questions.

Local media was then contacted, and billboards were put up to help find Tyarra. Her family also set up and began running a hotline. A few days after setting up the hotline, a sanitation worker called in and said he had seen someone like Tyarra walking down the street in a disoriented fashion. Another unnamed witness also claimed to have seen Tyarra in Greensboro. Yet, police searches based on these tips came up empty.

Numerous other tips came on the helpline, including some that claimed Tyarra was dead, yet none provided the police with a lead. On February 20, a little more than a month after Tyarra’s disappearance, her ex-boyfriend, Tre, was found shot dead in his apartment. The police at first thought this crime had something to do with the missing girl, but later they found out that Tre died after having an altercation with his roommate. 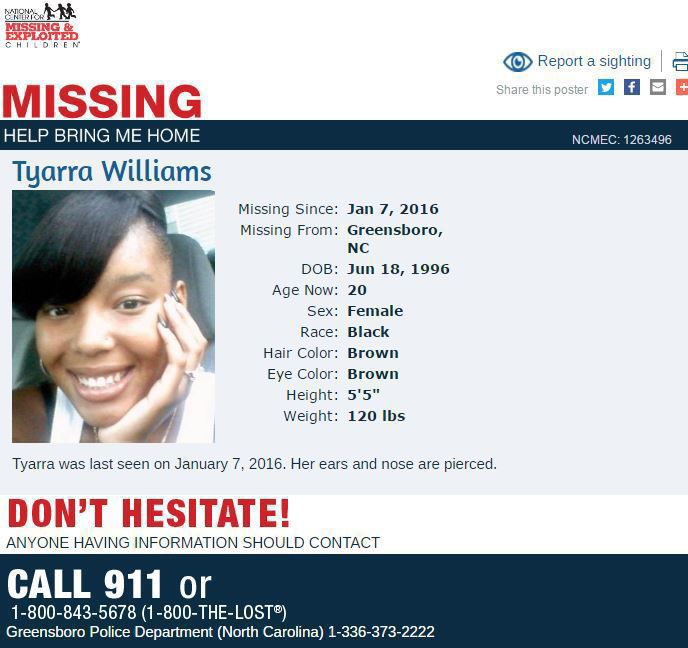 The last tip came from a relative who claimed she had seen Tyarra at the DMV in Greensboro, but she saw the person wasn’t the missing girl when she called out her name. The National Center for Missing and Exploited Children added her to their website and still encourages tips about Tyarra from all over the country.

Her uncle, Darryl, also put up a $10,000 reward for any information that will result in Tyarra’s safe return. Ever since her disappearance, her mom misses her terribly. Danielle said that it terrified her now to see young girls walking on the streets alone. She vowed that she will never give up on Tyarra and said, “Sometimes I’ll see a girl her age walking and I’ll focus on the face. We’ll never stop looking.”

Read More: Parris Hopson: Found or Missing? Is She Dead?