Parris Hopson: Found or Missing? Is She Dead? 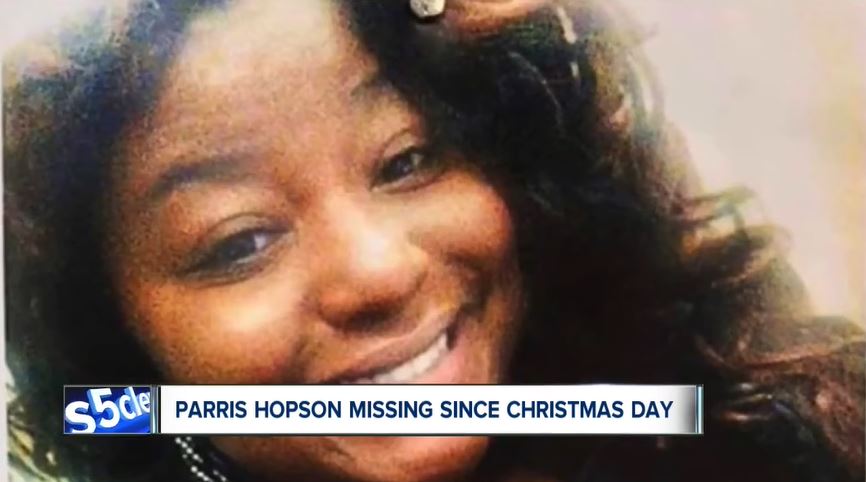 Investigation Discovery’s ‘Still a Mystery’ profiles some of the most fascinating yet baffling true-crime cases to have transpired in America over the last few decades. Although these criminal matters have, more often than not, been closed, there are still a lot of unanswered questions swirling around them. Thus, this series acts as a platform that tries to examine and settle them. So, of course, its latest episode, ‘My Brother’s Keeper,’ chronicling Parris Hopson’s 2019 disappearance, is no different. And now, if you’re here curious to know all the details about her case, along with its latest updates, we’ve got you covered.

What Happened to Parris Hopson?

Parris Hopson, who lived in Columbus, Ohio, with her mother, was visiting her grandparents at their Shriver Avenue SE, Massillon, Ohio, home for the holidays in 2019, when she vanished, never to be seen again. At 26-years-old, she seemed uneasy during her stay with her extended family, and her mother later revealed that Parris was having a hard time sleeping for quite a while. According to her cousin, Parris was also dating someone who was allegedly trying to limit her conversations with her friends and family. She might even have been depressed, they said, but she didn’t talk about it.

Therefore, when Parris announced that she was going for a walk to the nearby park to “clear her head” on Christmas Day, nobody stopped her. But things became complicated once she didn’t return. A neighbor told family members and the police that he and Parris had wished each other a Merry Christmas at around 2:30 p.m. before she continued towards the park once again. And that’s the last time anyone ever saw her. Parris had left her cellphone hooked to a charger in her vehicle, parked outside her grandparents’ home, and her bank cards and ID were in the car as well.

Is Parris Hopson Still Missing? Is She Alive or Dead?

As soon as Parris’ mother, Rochelle Arnold-Hopson, reported her missing, both the law enforcement and the community got together to conduct searches around the Massillon area for the young woman, only to come up empty-handed. As per a press release from the Ohio Attorney General, the authorities do not suspect foul play in Parris’ disappearance, but they do say that they are concerned for her safety. Parris was last seen alive wearing blue jeans, black boots, a burgundy shirt, and a black purse.

A little more than a month after Parris vanished, the Massillon Police Department revealed that they were stalling her case as no credible data had surfaced within the recent weeks. Officials said they would follow any information that comes their way but that the tipline had mostly remained silent. In October 2020, some reports claimed that Parris was found safe and sound, but it wasn’t true. Moreover, another insistence was that she was living in Hawaii with a new, assumed identity. But again, it was false.

In an interview with ‘Dateline,’ Rochelle clarified that her daughter did not have any mental health or drug issues. The only thing that Parris was a bit preoccupied with was finding the truth about what had happened to her brother, Perry. Perry Hopson Jr. had been involved in a hit-and-run car crash on June 17, 2017, and was on life support until his passing in April 2018. He was 23. But now, with Parris having disappeared as well, all the Arnold-Hopson family wants are some explanations, and Rochelle seems like she’s not going to stop until she gets them.

“We just want some answers,” Rochelle said. “Something to help us find out where she is. Someone to come forward with some sort of information. I just don’t want to lose hope.” In another interview, Parris’ cousin, Rockelle Arnold, said, “Even if she is passed, we just want closure. It’s terrible; me, my aunt, my sister, we don’t trust anyone. It could have been anyone. When we are out, we are looking for her. We walk past a house, and we wonder, ‘Is she in the basement?’ It’s a daunting feeling. I think I see her and chase down people to find out it isn’t her.”