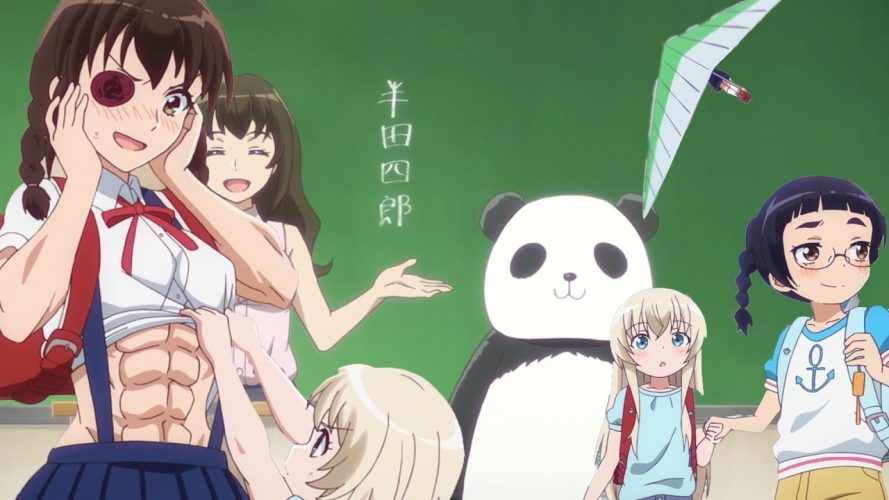 UzaMaid! (also known as Uchi no Maid ga Uzasugiru! in Japanese) is a slice of life anime television series which is based on a manga series of the same name. Written and illustrated by Kanko Nakamura, the manga series began serialization in the Monthly Action manga magazine on November 30, 2013 and new chapters are being published even to this day. Half a decade after the manga series began serialization, famed Japanese animation studio Doga Kobo announced plans to adapt it into an anime television series and subsequently, Season 1 of UzaMaid! premiered in Japan on October 5, 2018. The anime adaptation was well received by fans of the manga series and since the show’s release, fans have been eagerly waiting to hear news on a second season. Here’s everything we know about the prospects of Season 2 thus far.

UzaMaid! Season 2 Release Date: When will it premiere?

UzaMaid season 1, consisting of 12 episodes premiered on October 5, 2018 and ran till December 21 of the same year. Although it proved to be popular among fans of the source material, a second season has not been announced yet and it remains to be seen whether the show gets  a renewal.

As far as renewal is concerned, since new chapters of the manga series are still being published, there is definitely no dearth of source material for a second season. However, a major factor which determines an anime show’s continuity is its performance in terms of generating revenue from Blu-Ray / DVD sales and streaming. Hence, the presence of enough source material in itself is not enough to determine the continuity of UzaMaid! Unfortunately, we will not know what fate awaits the show till Doga Kobo makes an official announcement on its future. We’re keeping our ears open for news on UzaMaid season 2 release date and we’ll update this section as soon as we hear something reliable.

For those who like watching anime shows in English, the bad news is that UzaMaid! does not have a licensed English dub yet. Of course, there might exist several fan-made English dubs on the internet, but since these are generally of very poor quality, we would advise you to steer clear of them. Hence, if you want to watch the show, for now you’ll have to quench your curiosity by watching the original Japanese version. You can find the same with English subtitles on Crunchyroll.

Since UzaMaid! is a slice of life show, its plot is a fairly simple one.

The show revolves around a young, half-Russian, half-Japanese girl named Misha Takanashi and the household she lives in. Having lost her mother at a young age, Misha grows up living with her Japanese father. Things, however, take a comic turn when Misha’s father employs a new maid named Tsubame Kamoi, who happens to be a former Japan Air Self-Defence Force (JASDF) pilot. A veteran pilot, Tsubame, of course, is ill-fitted as a maid and the show revolves around her trying to win over Misha and Misha’s constant acts of defiance. It’s thus not surprising that the Japanese name of the show, when translated into English, literally means ‘Our Maid is so Annoying’.

Although UzaMaid has a limited list of characters, most of them have important parts to play since the show is a slice of life anime. Below, we’ve provided you with brief backgrounds on each of the important characters in the show.

Tsubame Kamoi: One of the two main protagonists of the show, Tsubame is the titular maid. Having served her time as a pilot in the Japan Air Self-Defence Force (JASDF), Tsubame decides to take a new step in her life, and is recruited by the Tanakashi family to help with household work and keep an eye on young Misha. Being someone who loves little girls, Tsubame is delighted with her job and grows very attached to Misha. However, she also has trouble dealing with Misha, who tries her best to defy Tsubame and annoy her. Tsubame is distinguishable for the eye patch she wears over her right eye.

Misha Tanakashi: The other main protagonist of the show, Misha is a half-Russian, half-Japanese girl. Following Misha’s mother’s death, she becomes a rebellious recluse, paying no heed to her father. After Tsubame is brought in to keep an eye on her, Misha becomes even more rebellious. At the same time, she is fearful of Tsubame and tries her best every now and then to get rid of her. In the show, it is also interestingly revealed that Misha’s mother had named her Misha after Koguma no Misha, which was an anime show based on the 1980 Olympic mascot Misha. Misha also has a pet ferret named Kumagorou.

Yasuhiro Tanakashi: An important supporting character in the show, Yasuhiro is Misha’s Japanese father. Following Misha’s mother’s death and Misha’s switch into a rebellious young girl, Yasuhiro stopped getting the attention he craved from his daughter. As a result, he is shown to be some who becomes overjoyed when Misha shows even the slightest interest in him.

Midori Ukai: Also an important supporting character, Midori is also a former Japan Air Self-Defence Force (JASDF) pilot. Having served with Tsubame, he has a strong fascination for her and has a crush over her. Interestingly, Midori is also the reason why Tsubame left the JASDF in the first place and decided to become a maid.