Review: ‘Ultras’ is a Major Disappointment 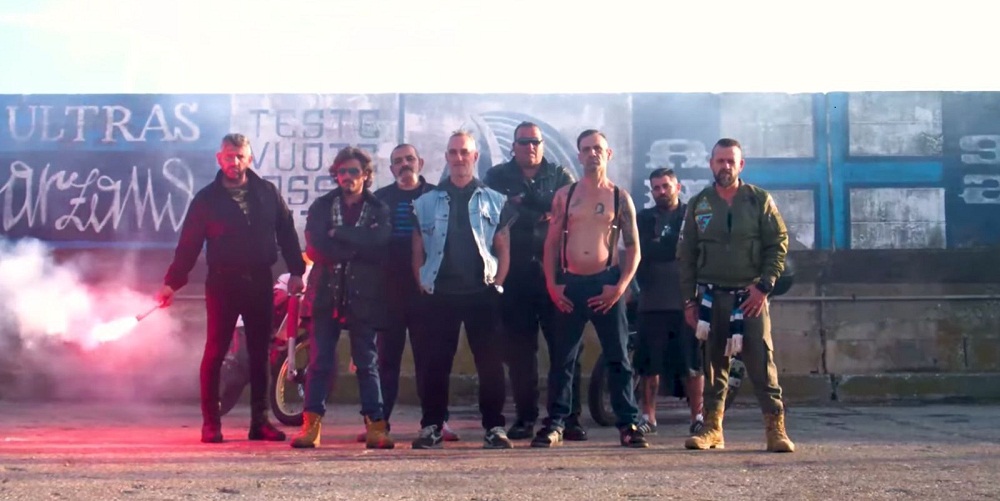 Anyone who has seen Charlie Hunnam’s ‘Green Street Hooligans’ would be familiar with the underlying fanaticism of football that exists in many British and European nations. These football clubs are so contrived in maintaining the reputation of their beloved teams, that they often resort to clouding their own judgment of what’s right or wrong and indulge in violence. Netflix’s new sports drama ‘Ultras’, works along the same lines and revolves around a similar brotherhood that begins to crumble after its members are blinded by hate, politics, and a huge generation gap.

However, unlike ‘Hooligans’, the characters of ‘Ultras’ remain one-dimensional all the way till the end and many of its plot points remain undeveloped. Moreover, as a viewer, you cannot determine if the movie serves as a cautionary tale for the ones involved in these communities or if it actually intends to support this seemingly toxic subculture. There are several movies that dabble with similar “football hooligan” themes and quite a few of them are also good enough to fulfill your guilty pleasure of watching cocktails of fistfights and drug abuse. But ‘Ultras’ simply lacks the primal rush of belonging that it should bring through the depiction of its football firm.

Most other similar movies revolve around the fierce loyalty that the members of these groups often have for one another, but ‘Ultras’ is more about the fierce rivalry that ensues after a new generation tries to change the old methods of the club. Sandro, the main character, is one of the most influential figures of the Ultras. But with age, he not only begins to drift away from his obsession with his team but also tries to look for one of its youngest members, Angelo. At the same time,  he also starts to build a life outside the club after he gets into a relationship.

In the meantime, a whole new generation of young men takes over the club. These men completely disregard risk and are only seemingly driven by their addiction to violence. The founding members of the club, also known as the Apaches, start realizing that all these young men are running the legacy they’ve built through the years and this is how a hefty clash ensues between the two parties. Sandro often finds himself somewhere in the middle of the two and even tries his best to mend their indifferences. But in the end, he, too, is forced to back off.

The movie’s pace progresses very rapidly. After it establishes the necessary exposition by displaying the nature of these “hooligans”, it introduces Sandro, Angelo, and all the other major figures of the Ultras. The narrative structure of the movie coincides with an ongoing tournament which is often disrupted by these so-called fans. However, the climactic rumble that takes place between the two sides of the Ultras would have happened regardless of what goes on in the football stadium. This has probably been done to add more gravity to the situation and to portray how these fans are so consumed in their own violence, that they don’t even care about their actual football team anymore.

Throughout its runtime, two major narratives come into play. One depicts the horrors of a corrupted organization in which two leading forces are trying to gain power. On the other hand, Sandro tries hard to start a new life outside the club but struggles to balance it out with the commitments that he has to make with the Ultras. Unfortunately, these two competing elements of the storyline are just not poignant or convincing in any way. Even the romance depicted between Sandro and his girlfriend feels underdeveloped for the most part.

Overall, ‘Ultras’ is graphic and vulgar but it still fails to bring in the kind of tense atmosphere that you would expect from it. Its positive undertones that revolve around a strong sense of family and brotherhood can be appreciated, but even these aspects lack emotional and psychological depth. So, in conclusion, I wouldn’t for one moment suggest this movie to anyone. If you really want a glimpse of the adrenaline and thrill of football violence, there are many better films out there.