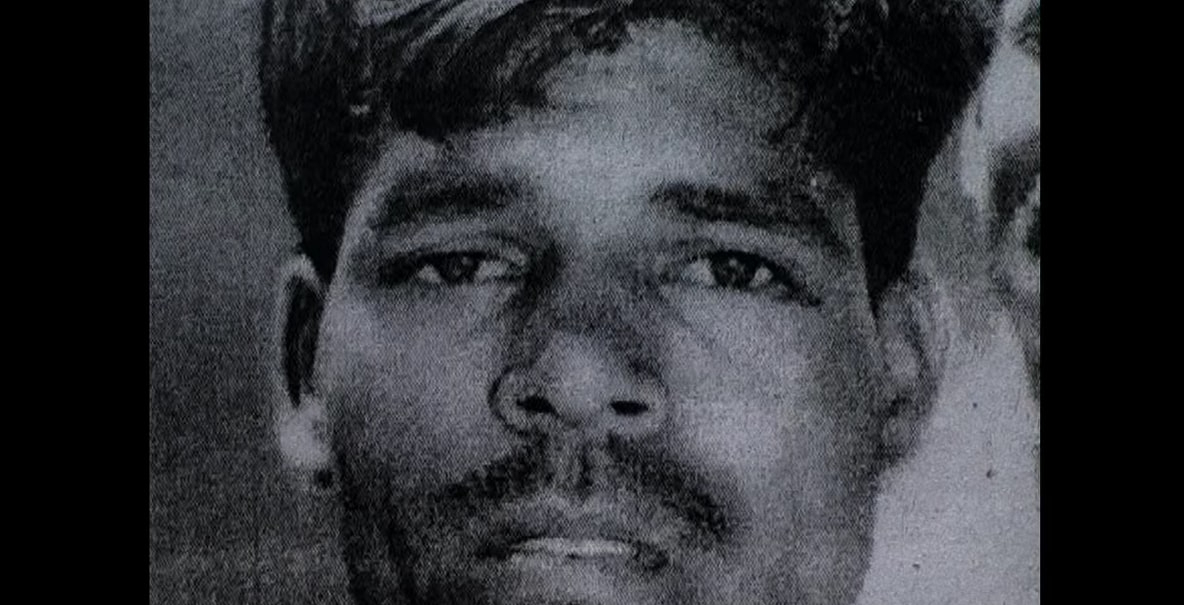 Netflix’s ‘Beast of Bangalore’ follows the tale of a serial rapist and killer, Umesh Reddy, as he manages to escape the police around five times while allegedly committing more than 18 such offenses from 1996 to 2002. He actually confessed to all 18 of these cases but was convicted in only nine as the remaining charges were dismissed due to lack of evidence. He was thus on death row, yet his sentence was reduced significantly after nearly 16 years. So now, let’s find out more about him and his current whereabouts, shall we?

Who is Umesh Reddy?

BA Umesh aka Umesh Reddy was born to Gowramma in Basappa Malige, a village in Chitradurga district, Karnataka, in 1969. He started his professional career as a recruit for the paramilitary force Central Reserve Police Force (CRPF) and was subsequently posted in Jammu and Kashmir. Tasked with guarding a commandant’s house, he allegedly attempted to rape their daughter. Unfortunately, though, no reported evidence on the ensuing court-martial proceedings can be located, but police sources indicate he fled back to his home district of Chitradurga to join another law enforcement agency — the District Armed Reserve (DAR) police.

One police official said, “There were no systems in place then to check the backgrounds of people, so after running away from CRPF, he came to Chitradurga and became a constable in District Armed Reserve (DAR) in 1996.” While it is not known when he precisely began his serial stint, the Netflix original states one of his first confirmed crimes was on November 13, 1996, when he assaulted and raped a woman named Divya. He then took sexual advantage of a milkman’s daughter, Geeta, on December 4, 1996, and even attempted to claim a high school girl, Pallavi, then 16, who was walking around her KEB Colony in Chitradurga on December 6.

Pallavi thankfully managed to escape by hitting him with a stone, but he reportedly managed to rape and murder another minor girl, Roopa, 16, as she was returning home in the same locality. Therefore, he was first arrested in late January 1997 when Divya, his first victim, managed to identify him in the Republic Day parade. Umesh was thus suspended from DAR, but he soon managed to flee from custody while being transferred to the Bellary prison. His criminal stint continued as he robbed, assaulted, and killed several more women, including an income-tax officer’s wife in Bangalore, a widow in the nearby Kunigal, and three more girls in Gujrat.

Umesh even had a fetish for women’s lingerie, which was uncovered when the Peenya Police arrested him in July 1997. After all, the authorities found a gunny bag filled with stolen women’s undergarments belonging to his victims and those grabbed from random nearby homes. He also displayed some cross-dressing tendencies, especially as he was wearing lingerie at the time of his arrest as well. However, Umesh again managed to escape during his transfer to the MICO Layout police station for further interrogation. According to local news reports, two police personnel responsible for the transit were suspended for their negligence in the aftermath of his escape.

Umesh’s next crime can be traced to Peenya in Bangalore when he allegedly had repeated sexual intercourse with the corpse of Jayashree Subbiah, a 37-year-old widow, in February 1998. Suresh, the victim’s 8-year-old son, returned home to catch him in the act, following which  Umesh escaped by feeding him a story about how an evil spirit had possessed his mother. He was later caught the third time after he had attempted to rape another Peenya woman, just for her to alert neighbors by screaming at the top of her lungs. He sprained his ankle jumping from the first floor and was detained by residents to be handed over to the police.

Umesh’s third stint in jail lasted longer, with him managing to escape only in 1999, but he was caught shortly after by Inspector Nyame Gowda in Chikkaballapur. However, he fled again on March 3, 2002, while being shifted from Bellary to Bangalore in a local state service bus. He pretended to take a leak and escaped through the paddy fields. News reports indicate he continued to inflict violence on women, from Hubli and Dharwad in Karnataka to Pune in Maharashtra, working several odd jobs, stealing money, and collecting women’s underwear as souvenirs.

Where is Umesh Reddy Today?

Umesh returned to Bangalore in May 2002 but was recognized by an auto driver, Sathyavelu, while on a trip to a local salon to shave his beard. Sathyavelu alerted the authorities, and they arrested him in Yeshwantpur with a bag containing 18 pairs of panties, ten bras, eight churidars (leggings), six saris, four blouses, and two nighties. He was eventually convicted for 9 cases of rape and murder, while the remaining nine were dismissed owing to a lack of concrete evidence. On October 26, 2006, a Bangalore fast-track court sentenced him to death, along with a seven and 10-year sentence with Rs 25,000 fine for each.

Umesh’s death sentence was upheld by the Karnataka High Court on February 18, 2009, and the Supreme Court on February 1, 2011. His appeals for clemency were dismissed by the Government of Karnataka and the President of India as well. He later filed a fresh petition to dismiss his death sentence, resulting in the Supreme Court commuting his penalty to 30 years imprisonment on November 4, 2022. According to news reports, Umesh, in his early 50s, has been imprisoned in the Hindalga Central Jail (or the Belgaum Central Prison) in Belagavi, Karnataka, since November 6, 2011.

Read More: How Many Women Did Umesh Reddy Kill? Who Were His Victims?