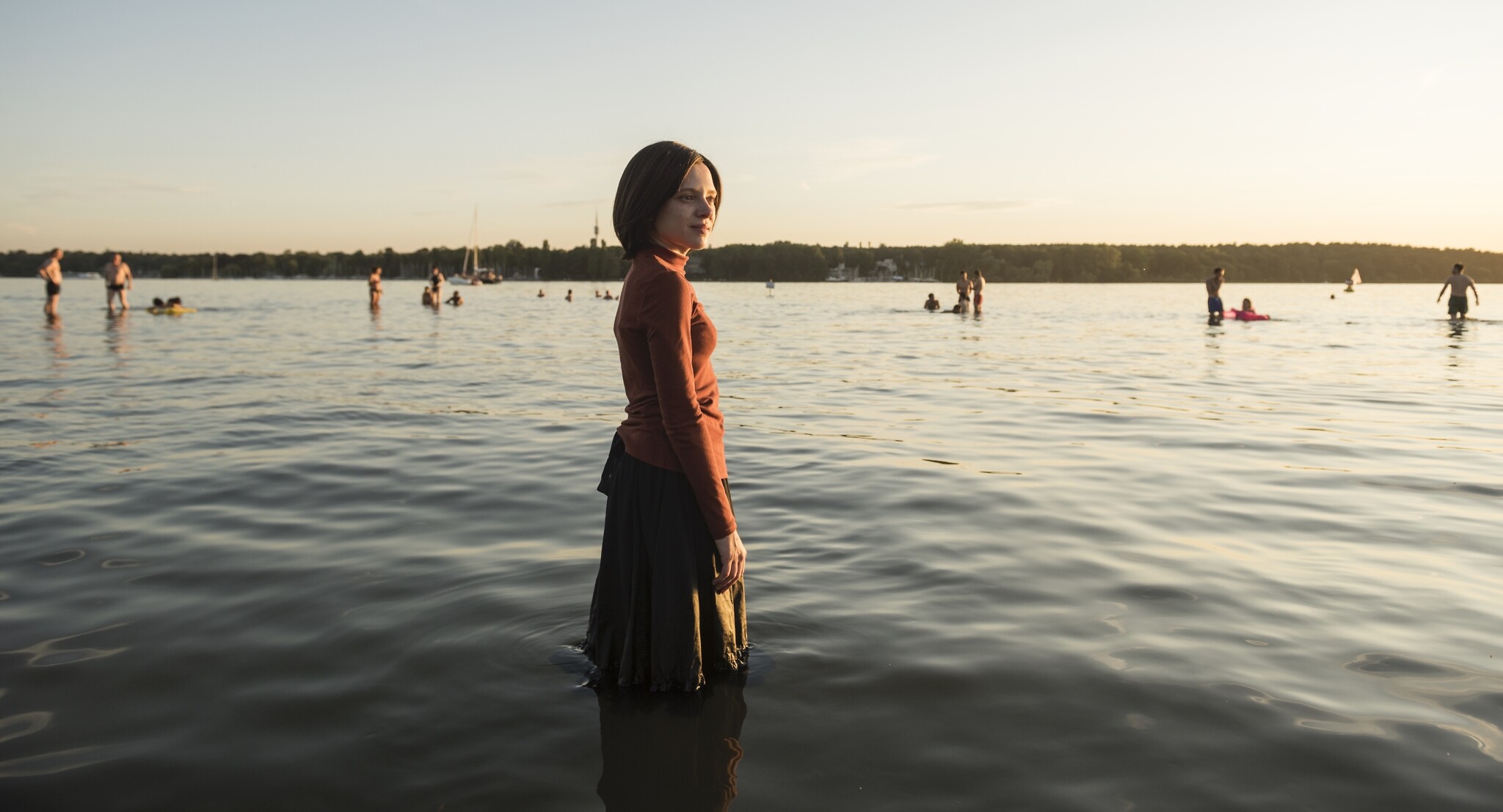 Netflix’s ‘Unorthodox’ presents a feel-good story with the message of being courageous enough to chart one’s own journey. The show is not about a gruesome, unbelievable crime or a shocking conspiracy. Instead, its focus, as the title suggests, is on orthodox thinking and the problems of a collectivist way of life.

The show is based on a memoir titled ‘Unorthodox: The Scandalous Rejection of My Hasidic Roots.’ However, what is impactful is just how not-so-scandalous the protagonist, Esther’s views and actions are. A “normal” viewer like you and I would instantly deem the choice of the protagonist to be the correct one: something that does not need a second thought. However, it is the manner in which the Netflix series portrays just how tough it is for people like Esther to do the seemingly correct thing is its biggest asset.

‘Unorthodox’ revolves around Esther Shapiro, a 19-year-old Hasidic Jewish girl who is wedded to Yanky through an arranged marriage. Thanks to the patriarchal Hasidic Jewish community, a lot of pressure is put on Esther to get pregnant as women are reduced to being child-bearers and their husbands’ caretakers. For almost a year, Esther and Yanky do not have sex since the former finds it too painful.

Yet, she bears the pain for one night after which she becomes pregnant. Before sharing the news with Yanky, however, her husband announces that he wants to file for divorce based on his mother’s insistence who cannot wait any longer for a grandchild. Hence, Esther decides to flee to Berlin. That is where her mother (who also fled her own marriage) stays. She befriends a group of music students and decides to apply for a scholarship at the prestigious academy that they attend. Yanky goes to Berlin along with his cousin, Moische to look for Esther.

In the final episode of ‘Unorthodox,’ Esther auditions for a panel of experts at the music academy. Her mother attends and supports Esther. Her group of friends are also there. Yanky manages to reach there too. Esther sings a Yiddish song.

After that, Yanky and Esther talk. The former takes the latter to his room. He tries to convince her to return and gifts her a necklace with a musical note pendant. However, she is not convinced. A desperate Yanky even cuts off his “payots” or side-curls to prove that he can change. However, Esther tells him that it is too late to change anything.

Then, Esther goes to a cafe. She opens her envelope to see her money and compass. Then, her group of friends from the academy comes looking for her. She smiles…

Does Esther Get Accepted into the Music Academy?

Firstly, let us begin with what the ending of ‘Unorthodox’ does and does not reveal. To begin with, whether Esther gets a scholarship at the music academy after her audition is not shown. Everyone does seem impressed by her performance, yet the panel’s decision is not shown. This is because that is not integral to the series’ message and themes, despite it being something Esther had wanted throughout.

The show is about how Esther manages to successfully and bravely start a new life, dumping her old one. Something that Esther’s mother tells her instantly comes to mind after the ending. She tells Esther that people in the community will always remind her of how she will not be able to survive in the outside world without societal support.

That is exactly the fear that Esther battles throughout. Having lived a sheltered life, it is hard for Esther to imagine living without the cushion of her patriarchal community. Hence, by not returning with Yanky, Esther manages to stand up for herself. Her future is uncertain. That is the reason viewers are not shown whether she gets a scholarship or not. The message that ought to be taken away is how one needs to be confident of themselves and stand up to what is wrong.

This message might seem like a feminist one. Indeed, it is quite feministic since the show’s main antagonist is the Hasidic Jewish community that treats its women solely as child-bearers and caretakers for the males. However, as a whole, what ‘Unorthodox’ is trying to say is more universal. It would be apt to say that the series sheds light on its theme through the point of view of gender-discrimination rather than being solely about gender discrimination.

To be clearer, ‘Unorthodox’ is largely about societal expectations. Esther’s husband, Yanky is also depicted to feel tons of pressure from his own family. He simply does not know of any other way of living. He cannot even think about questioning his community’s morals since they are so entrenched in his psyche. Yanky is no evil man. He is just one of the many men (and women) in his community who are too scared to stand up for what is right.

Well, yes, not all men are just scared to do what is right like Yanky. A lot of them also advance the patriarchal ideology because it lets them stay in a position of power. However, with no real-world skills, it is not hard to see how the people in the community would stick together, with its stale views, for a sense of security. It is exactly this sense of security that Esther manages to see through and rise above. Change is the only constant and taking a deep dive into unknown waters is often better than getting roasted in a harsh, unchanging sun.