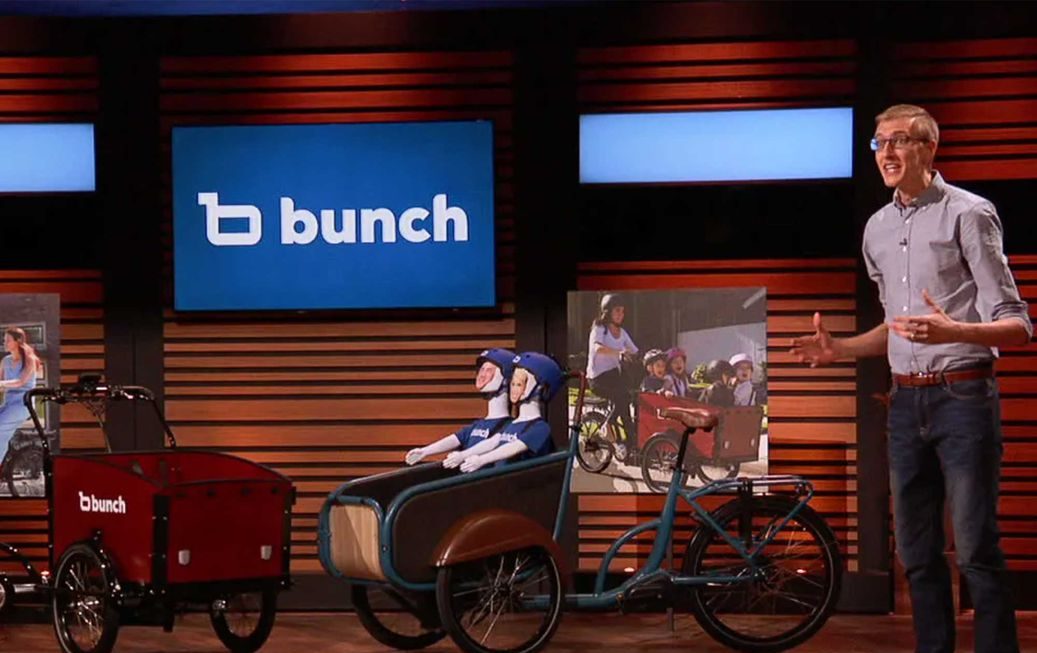 ABC’s ‘Shark Tank’ is a long-running reality show that gives hopeful entrepreneurs a chance to present their ideas to a panel of business leaders and to millions of viewers of the show. If the panel members, or “Sharks,” as they are referred to on the show, are impressed and choose to “bite,” the entrepreneurs are offered an investment in exchange for a stake in their company.

The show has seen hundreds of business ideas being pitched on it, and while some companies make it big and go on to generate millions in revenue, others are doomed to oblivion and fail to get the investment or take off. Bunch Bikes is one of the products featured on season 12 of ‘Shark Tank,’ and we were curious to know just how far they’ve come in their entrepreneurial journey. Here’s what we found out.

Bunch Bikes: Who Are They and What Do They Do?

Bunch Bikes are front load-carrying cargo bikes that give cyclists a wide range of possibilities for what (or who!) they want to take along for the ride. The 3 wheeled bikes are available in a manual or electric mode and come with different sized front compartments that can accommodate up to a week’s worth of groceries, 6 children, or even two dogs.

Aaron Powell of Denton, Texas, is the man behind Bunch Bikes. He is a believer in simplified living and attributed a lot of his lifestyle changes, including embracing cycling, to personal finance blogger Pete Adeney, a.k.a. Mr. Money Mustache. The cycling enthusiast first came across cargo bikes in 2016 whilst on a family vacation in Sweden, where he spent weeks cycling with his young daughter.

Wanting to continue the family biking experience once he was back home, he looked for similar cargo bikes in the US but couldn’t find any for a reasonable price. And thus started Powell’s journey of introducing people to Scandinavia-inspired cycles and Scandinavian cycling culture. Lo and behold, in 2017, Bunch Bikes was born.

Bunch Bikes was bootstrapped with a funding of $95,000 from friends, family, and a few angel investors. Aaron, who came with no prior experience in the cycle industry, sold his jewelry e-commerce business and used the funds on Bunch Bikes as well. He started by sourcing his cycles from China, which were then assembled in Denton, Texas, before being shipped across the US and Canada. Soon enough, they had expanded to 45 states and 3 countries.

Bunch Bikes: Where Are They Now?

Powell initially focused on spreading the word about his bikes by enlisting Bunch Bike owners as brand ambassadors and tying up with local bicycle shops to stock Bunch Bikes so that potential customers can have a test ride. He admitted that though the number of people looking for a product like his is very small, it’s because a lot of people, especially families, do not know that something like a Bunch Bike exists. The feature on ‘Shark Tank’ is definitely going to give the company some much-needed visibility.

After initially drying up sales in March 2020, the COVID-19 pandemic also gave Bunch Bike sales an unexpected boost in the following months as more and more people looked for safe outdoor activities and ways to utilize the traffic-free roads. However, Powell is struggling to satisfy the orders as bicycle parts have become harder to source due to rising demand.

Having said that, though, Bunch Bikes has completed the first phase of its business which was to introduce the product to the US market. Powell is now focusing on phase 2, which involves innovating in their category to offer a wider and better-suited range of products to his customers. As Powell sees the adoption of cargo cycles as not just a hobby but a shift to a more wholesome lifestyle, he believes that he has initiated a movement that starts as a pond and ends up becoming an ocean.

After all, the cycles are available in multiple formats, each offering different load sizes and accessories. The largest cycle in their range, The Preschool, can accommodate up to 6 children at a time and is ideal for daycare picnics. Their flagship, The Coupe, comes with wood trimmings, a front-loading door, and a Samsung battery that gives it a range of 75 miles.

The Coupe is also manufactured in the Netherlands, which, on many occasions, has been referred to as the cycling capital of the world. Bunch Bikes also offers a wide variety of accessories for their cycles like rain and sun covers, extra dog beds, cup and phone holders, as well as high-quality brass bells for true enthusiasts. A miniature version of the Original Bunch Bike for children is also available on their website. Evidently, the company is headed onwards and upwards!