Update On FlingGolf From Shark Tank 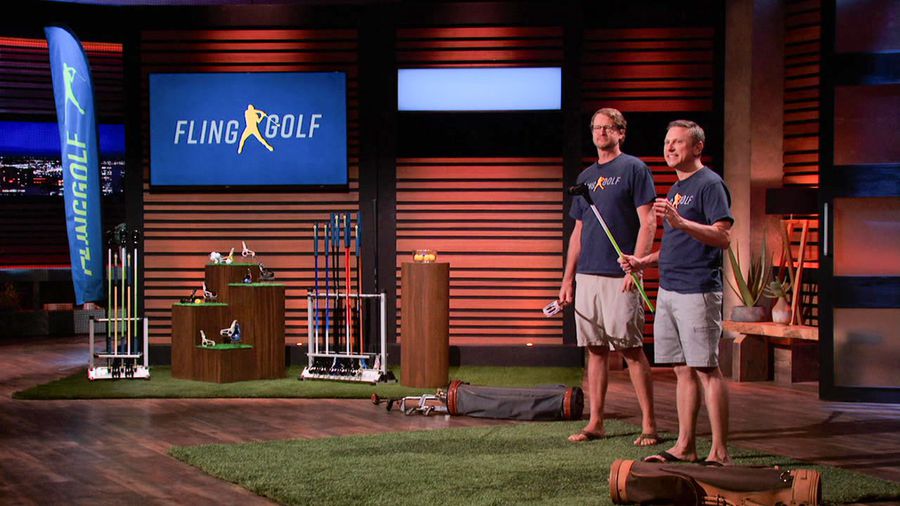 Episode 24 of ‘Shark Tank’ season 12 saw entrepreneurs and golf enthusiasts John Pruellage and Alex Van Alen present their dynamic take on the game of Golf. FlingGolf, a new twist on the old favorite sport, was presented with the hope of getting a favorable investment from a Shark. This exciting and fun new sport sure got us looking more into the company, and here is everything we know about FlingGolf!

FlingGolf: Who Are They and What Do They Do?

The founder of FlingGolf, Alex Van Alen, said that the idea of such a sport was brought to him from his younger years when he, his siblings and his friends used to mix and match sports to make it more enjoyable. He played Golf with lacrosse sticks in his childhood, which enabled him to throw the ball into the air and make it travel much further than a standard Golf club could have. He thought long and hard on this idea before coming up with a Golf club that would allow the player to throw a Golf ball for 200 meters accurately. 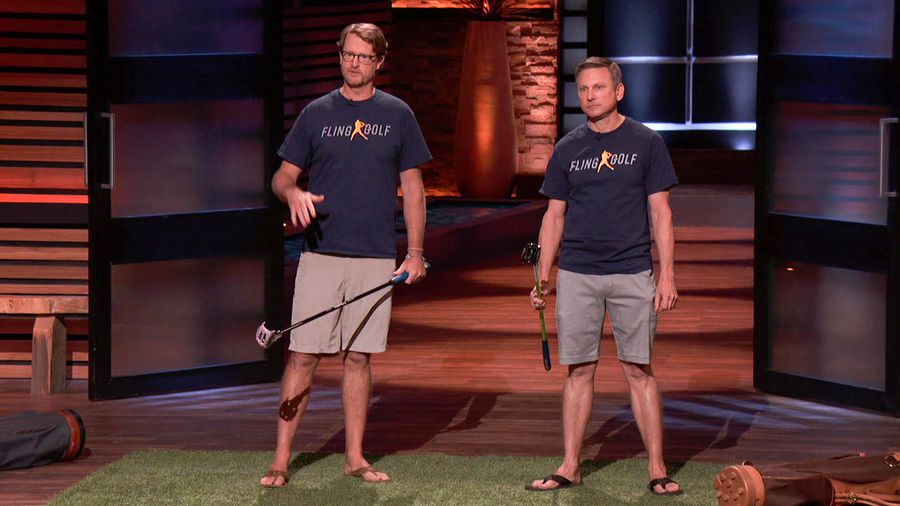 After numerous prototypes, Alex was ultimately satisfied with his final product and decided to market it. The product is made in such a way that FlingGolf can be played on any standard Golf course. The stick needed to play the sport looks very much like a Golf club, but on closer inspection, one can see that the clubhead has been replaced by a basket that very much resembles the end of a lacrosse stick. The player has to put the ball in the basket and fling it into the air instead of pushing it along the ground.

There is also a putting plate attached to the device to help players in their aim and various other Golf practices. The fling basket is called the channel and is used for long-distance shots. On the other hand, the putting plate is known as The Striker Pad and will help in accurately putting the ball in from short distances. Furthermore, the creators claim that there won’t be any need to take along additional clubs for Golfing as the FlingGolf Stick will take care of every situation.

Where Is FlingGolf Now?

Alex started developing the prototype for the product in 2012. He said that even after inventing his innovative new FlingGolf stick, he was unsure if anyone would want to play the game or if the unorthodox clubs would be allowed in traditional Golfing clubs. With these thoughts on his mind, he attended a meeting with Walt Lankau, who is on the board of the National Golf course owners. Lankau was highly interested in the idea and wanted to present it to the other board members and Golf course owners.

When the Fling Golf stick was introduced publicly, Alex received glowing reviews and a tremendous response from the Golfing community. Since 2014, the sport has been allowed on several Golf courses, with the current update showing that over 1700 Golf courses enable and encourage the game of FlingGolf. Alex claims that FlingGolf is popular even outside the United States, with several courses worldwide allowing and hosting the sport. To keep their community updated and help their ever-increasing player base, the founders launched World League FlingGolf (WLF). The WLF provides players with updated information about events and even helps instruct them on the ways of the sport.

To make the game more convenient for their customers, FlingGolf’s website has a tutorial section that teaches the player how to play the sport. Along with the tutorial section, there is also a course locator that helps players locate the nearest Golf course, which allows a game of FlingGolf. After their successful run for about six years, the founders were pretty clear about wanting their game on every Golf course in the country.

The FlingGolf sticks differ in size and style and come in a variety of patterns. They start from a kid’s size (The Junior), which costs $89, and move up to bigger sizes called The Launch, which starts at $119; The Stinger, which starts at $149 and the topmost model, Ballistick, which costs $179. The regular versions of the sticks additionally come in different sizes to suit the needs of every customer. While the game of FlingGolf can be played on several select courses as of now, the sticks are exclusively available on FlingGolf’s website, and there is even an option for wholesalers to buy in bulk.