Update on Grind From Shark Tank 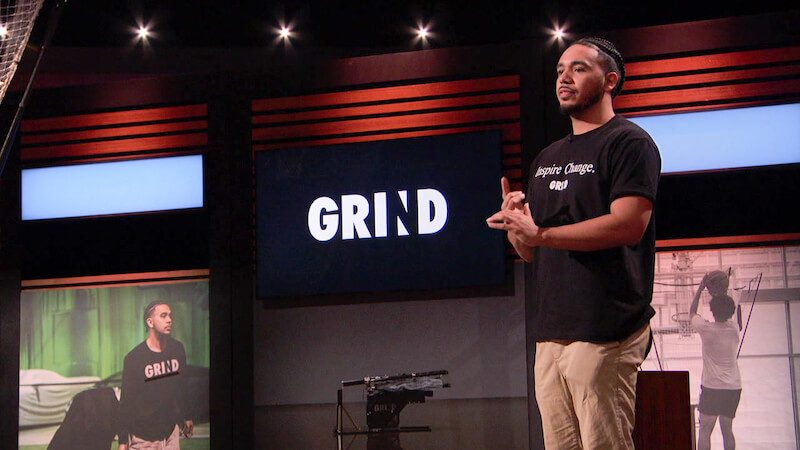 On episode 23 of ‘Shark Tank’ season 12, athlete Thomas Fields introduced his revolutionary Basketball training device, the Grind machine, which he claimed is the first one of its kind in the world. Hoping for an investment that will fast-track his young company, he promised to change the lives of millions of athletes all around the world through his invention that supposedly makes practice sessions ten times more efficient. Naturally, we were intrigued by the machine created by this truly motivated basketball player and decided to dig deeper into how far he and his innovative company Grind had come since appearing on the show!

Grind: Who Are They and What Do They Do?

The idea behind the Grind Machine came to Thomas Fields from Houston, Texas, back in 2011 as he sat outside his school gym at 5 am, waiting for his coach to show up so he could use the school’s basketball shooting machine. Wondering what it would be like to have his own machine to practice with and not rely on the school’s expensive shooting machine, Thomas began sketching out a portable and affordable basketball practicing machine.

As a promising basketball player who had to cut short his NBA aspirations due to injuries, Thomas continued to work on his idea, which eventually evolved into his company, Grind. Using design and technology, he plans to offer interactive products that increase the efficiency of the practice sessions of athletes. Being an accomplished basketball player himself, it was obvious to Thomas which sport to focus on for his first product.

Using his extensive experience with basketball training and drills, Thomas designed the machine to help athletes improve multiple aspects of their game, especially their catch-and-shoot skills. By adding 12-foot high nets around the basketball rim, the Grind machine not only forces players to shoot in an arc rather than just aiming for the rim, but it also saves significant time between shots by catching the ball and passing it back to the player.

Closely designed to match Thomas’ own practice routine, the machine can catch about 500 shots in an hour and also pass the ball back to 5 different positions around the court. One of Thomas’ biggest pain points in his younger days was having to visit his school gym whenever he wanted to use the basketball shooting machine. So from the outset, he was adamant about making his machine portable, and he has. The Grind machine can be collapsed into a duffel bag that’s 4 feet long and 2 feet wide, weighs 110 lbs, and comes prefixed with wheels for ease of transport.

Grind: Where Are They Now?

Building a design-focused device is generally expensive, and Thomas had to use his college refund cheque to develop his machine’s prototype in 2014. Apart from marginal help from technology accelerator programs, his operation is completely bootstrapped. To meet the expensive manufacturing costs, his company began to fill pre-orders in batches so they could meet the minimum order quantities needed by the machine’s manufacturer.

Their third batch of orders is currently active and promises delivery of the machine in November 2021. It costs $1,595 to pre-order the machine in Batch 3, and it is currently available exclusively on the Grind website. In the spirit of making the machine more accessible, monthly payment plans starting from as low as $319/month are available through the website.

The company is also working on perfecting software for the machine that will allow players to track their practice sessions and even use their stats to challenge players from around the world. The additional app for the machine will also eventually be used to share the practice stats of young players with college coaches and recruiting experts, reducing the chances of hard-working players being overlooked.

Thomas’ plans for helping kids don’t stop there. He intends to use his company to inspire inner-city kids to get into sports and also work towards getting them interested in engineering and technology to broaden their horizons. He also has plans to widen his range of machines to include other sports, as well as offer apparel through his company.