Shark Tank is a long-running reality show that gives entrepreneurs the chance to present their ideas to a panel of established business moguls AKA “Sharks.” If the panelists decide that the idea has good business potential, they agree to invest their time and money for a stake in the business. The ensuing negotiations are just half the fun. With the inviting possibility of getting funding and help from established business personalities, the entrepreneurs featured on the show are driven, excited, and in a bid to set themselves apart from the competition, sometimes come up with wild ways to pitch their ideas.

Misfit Foods is a promising product featured on season 12 of Shark Tank. Working towards reducing meat consumption and pollution caused by the meat processing industry, the Misfit Foods team showcased a product that is not just good for the health of the consumers but also serves in favor of the environment! We were intrigued by what they were about and how far they had come in their omnivore-friendly-half-meat-half-veggie sausage journey. So we decided to dig a little, and here’s what we found out!

Misfit Foods: Who Are They and What Do They Do?

Misfit Foods was started by Georgetown University graduates Ann Yang and Phil Wong with the aim to reduce food wastage and help the environment. Initially launched in 2014 as a cold-pressed juice company Misfit Juicery that upcycled “ugly” fruit and vegetables that couldn’t be sold in a supermarket, in 2019, the company pivoted to becoming a sausage company that aims to reduce meat consumption. 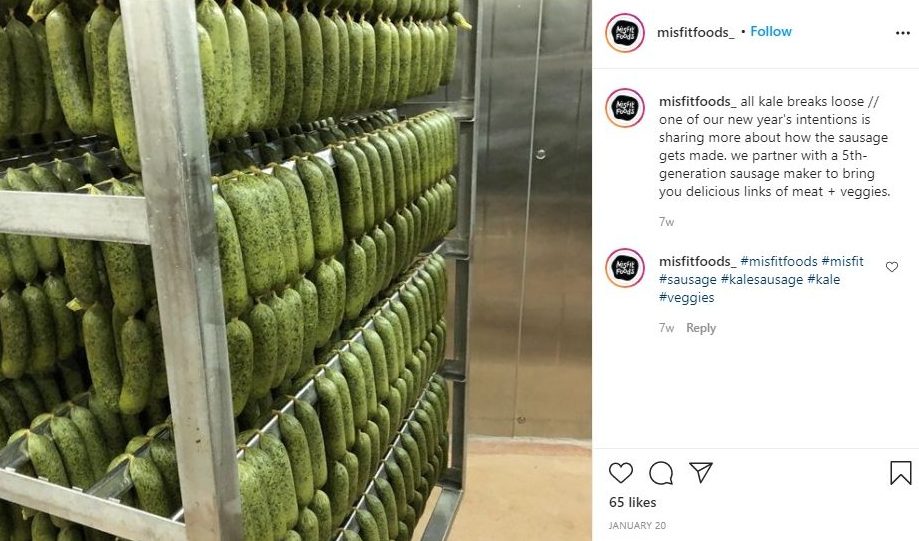 This updated idea behind Misfit Foods was inspired by wanting to reduce the impact of the meat industry on the environment and is based on the founders’ belief that big impacts can be made with small shifts and without having to make drastic changes like giving up meat altogether. They came up with the idea of blending meat and plant-based ingredients to come up with offerings that are 40-50% vegetable and spices but still don’t compromise on the taste and texture that consumers expect from actual meat products.

Hence, Misfit Foods products are made with omnivores (or “flexitarians”) in mind. It is basically for people who love their meats but are interested in consuming ethically sourced food to mitigate the health and environmental aspects of having a high meat content diet. A bonus of Misfit Foods is that reducing meat consumption is not just great for the consumers but beneficial to the planet as well! By replacing meat with vegetables in their diet, which is exactly what Misfit Foods products do, people would be reducing their risk of high cholesterol and type 2 diabetes drastically.

Misfit Foods: Where Are They Now?

As ironic as a sausage company trying to reduce meat consumption sounds, Misfit Foods has not just done well but also expanded the presence and availability of its products both offline and online. The unique products of the company are available nationwide at grocery chains like Whole Foods, Fresh Direct, Hungryroot, Good Eggs, and Imperfect Foods, as well as at independent, standalone Misfit Foods stores. You can also order their products through their official website. 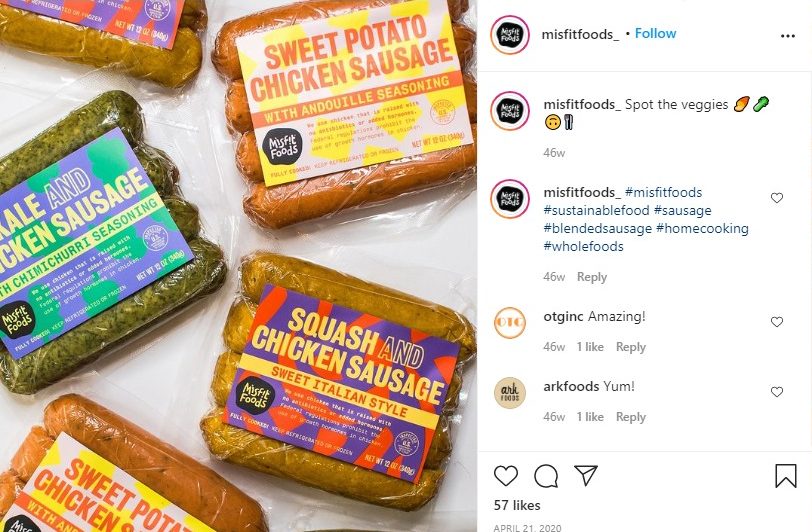 At the moment, Misfit Foods offer chicken sausages and ground beef in a variety of spice mixes and flavors. Four packs (4 links each) of assorted chicken sausages will cost you $34.99, and four packs (1 lb each) of ground beef sells for $44.99 on their online store. Ann Yang, one of the founders, currently holds an advisory position with Misfit Foods, while Phil Wong and Dave Betts are listed as co-founders of the company. Misfit Foods is also a registered Public Benefit Corporation, which makes its mission of fighting climate change legally binding.

As far as the company’s growth is concerned, here’s what we know. According to Food Ingredients First and other reports, with meat alternatives being touted as the epitome of guilt-free eating, an increasing number of Americans, almost two-thirds, are being enticed by meat substitute products. Therefore, Misfit Foods can expect a growing demand for their delicious meat veggie hybrids. In an interview with The Whole Carrot, the founders themselves referred to research that cites cost and health concerns as the catalysts to the increasing trend of lower meat consumption.