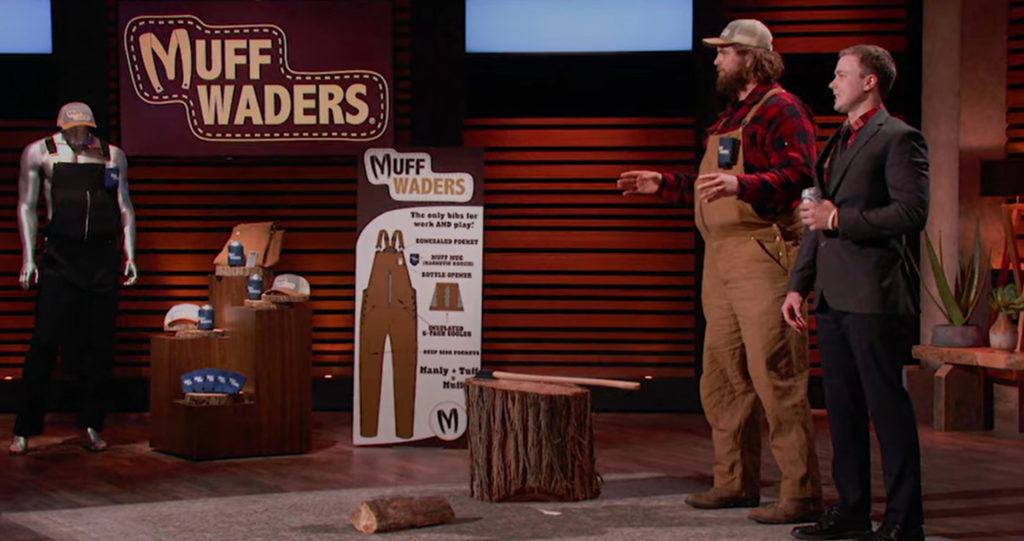 ABC’s ‘Shark Tank’ is an interesting take on a business-themed reality show where entrepreneurs and aspiring businesspersons present their innovative ideas and products to industry leaders, also known as Sharks. The Sharks then use their expertise to decide which businesses will be profitable for them to invest millions of dollars in exchange for some percentage of shares of that company.

The ensuing negotiations and discussions are what make this show an exhilarating watch. One such impressive product, Muff Waders, featured in season 12 and gave a dynamic twist to the process of cooling beverages. This unique product intrigued us enough to dig deep and find out all there is to know about the company, and here’s what we gathered.

Muff Waders: Who Are They and What Do They Do?

The idea of Muff Waders came to creator Taylor Nees when he was at a high school football game in the fall of 2016. Nees, also known as Earl, said they were joking around, wishing they had overalls with six-packs on them. The next morning, he woke up with a rough sketch of the product on a bar napkin. After he came up with the idea, Nees contacted over 80 companies in search of a manufacturer but was turned down. Eventually, he secured a manufacturer in Twin Cities, and the Muff Waders were born. The first prototype was ready by September 2018, and that is also when Garret Lamp joined the venture.

Taking an interesting twist on beverage cooling, the Muff Waders are a pair of hefty bib overalls designed with an insulated cooler pouch sewn into the chest area. This insulated pouch is large enough to hold a six-pack of beer, soda, water, or energy drink. Apart from the insulated pouch, each leg contains a small insulated pocket for a bottle of beer or water. There is a “Muff Mug” with a magnet on its back which sticks to a piece of metal at the chest. This metal piece also doubles as a bottle opener. There is also a hidden pocket on the inside that can hold various bits and bobs.

The overalls cost $85 and come in two colors, namely brown and black. The overalls are designed for and marketed towards regular working guys who can use the product at work and also have it double as a beverage cooler when they want to relax. After the release of the product, the creators received pictures and videos which showed their customers using the tough overalls for outdoor work like construction and farming. This, according to Lamp, showcased their ideal customer, an outdoor working man who also has a social life.

Muff Waders: Where Are They Now?

The initial funding for the overalls was started through Kickstarter, but the campaign missed its goal of $135,000. This did not deter Nees as he sought out a manufacturer and got the first prototype ready. The product immediately showed promise when an early Muff Waders video posted to Facebook got over 100,000 views in seven days. Both Lamp and Nees were not satisfied with the first prototype, and thus after months of design change, the final prototype was conceived at the beginning of 2020.

The company is based in Holstein and is headquartered inside a 30-year-old van, which the duo like to call their corporate office. The Muff Waders are sold online through their own website and sales made from the van, which the duo drives to various places like fairs, parties, and tailgating events. After their success with the Muff Waders, Lamp and Nees came up with another interesting idea in September 2020. Called the Muff ‘Spender, it is a pair of black suspenders with pockets on each side for a beer or a bottle of water. The Muff ‘Spenders are designed for more formal and upscale events such as weddings.