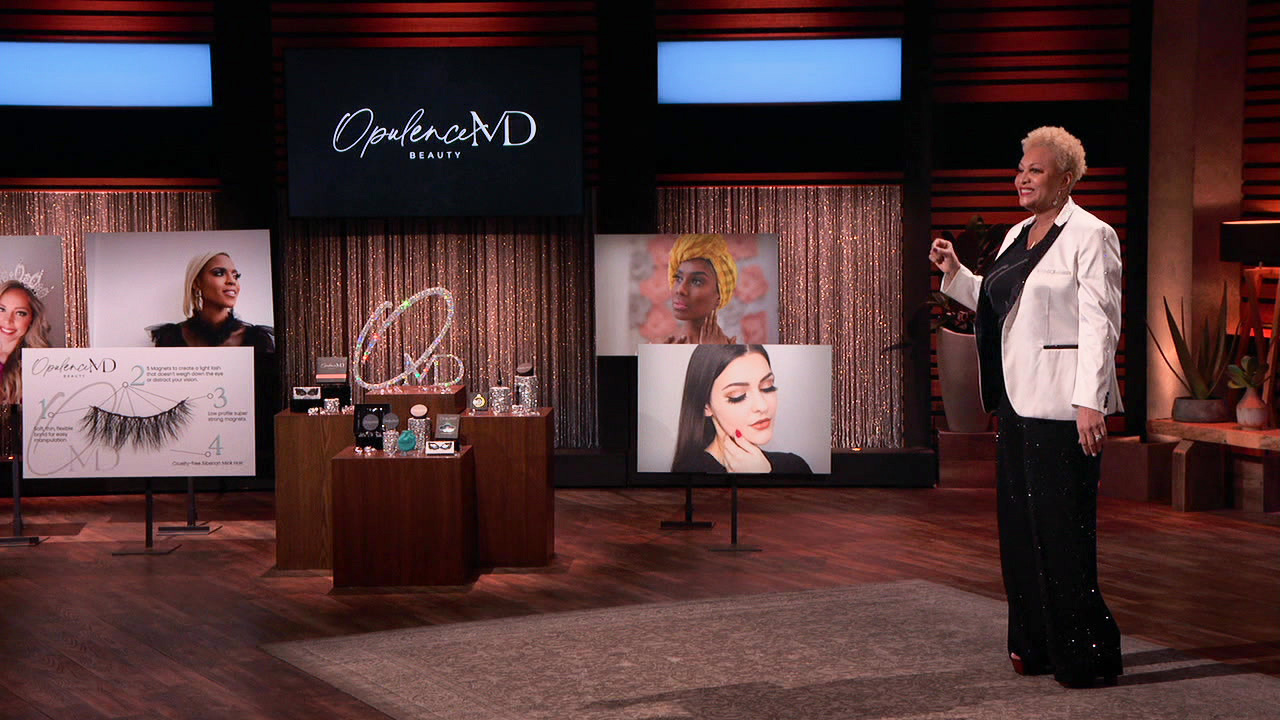 ABC’s ‘Shark-Tank’ is a multi-Emmy award-winning show that offers enterprising businesses and entrepreneurs a platform to showcase their products in front of a global audience. The entrepreneurs present their product or service in front of a panel of top industry leaders in the hopes of getting a life-changing investment. These leaders, who are fondly called Sharks, use their intuition and experience to find out which company would be the most profitable for them to invest in. The final decision about accepting the deal is always left to the entrepreneur.

OpulenceMD Beauty was one such company aspiring for an investment from the Sharks. Appearing on season 12 of the show, OpulenceMD Beauty is a cosmetics brand that mainly focuses on magnetic eyelashes that are free of toxic glue and has no side-effect on the wearer’s skin or natural eyelashes. Such a unique product sure made us curious to learn more about the growth of the company. Here is what we found out!

OpulenceMD Beauty: Who Are They and What Do They Do?

OpulenceMD beauty is the brainchild of Dr. Anika S. Goodwin, MD. An impressive and brilliant doctor, she graduated from the University of North Carolina at Chapel Hill with a bachelor’s degree in Pharmacy in 1997. Following that, she enrolled herself in the Medical University of South Carolina and earned her MD in 2001. Before starting her companies, Anika worked as a physician with the Federal Government. Right after leaving the federal government job, the highly regarded ophthalmologist started a company called EYEmergencyMD. In 2017, she started another company called DocMcdiva LLC before giving birth to OpulenceMD beauty in 2019.

The unique eyelashes designed by Anika were born out of her frustration when she noticed that the commercial fake eyelashes available in the market were damaging her skin and her natural eyelashes. Anika said that the glue used in the commonly available eyelashes was toxic for one’s skin and eyes. Thus, OpulenceMD Beauty’s magnetic eyelashes were born.

The lashes are available in various styles and colors. They are made of Siberian Minx and do not contain any latex or parabens. Attaching them to one’s eye is simple as the user has to put on a magnetic liner which then attracts the tiny iron oxide particles contained in the eyelashes. With the magnetic attachment, Anika was able to do away with toxic glues and thus, made a product that scored high in medical standards.

OpulenceMD Beauty: Where Are They Now?

OpulenceMD Beauty started its business in July 2019 and managed to catch the eye of many customers immediately after launching. When the COVID pandemic struck and a lockdown was issued, Anika started selling her eyelashes through her website. She also developed and started selling high-quality brow care products, mascara, eye cleansers, eyeliners, and make-up removers. Furthermore, she has a starter kit for new users and has also expanded to serve vegan customers by making special vegan-friendly eyelashes.

She claims that all her products are non-toxic and follow FDA standards, keeping the user safe and free from harm. To help new users apply their lashes, Anika also started hosting periodic Lash Parties, which were QnA sessions doubling as a tutorial for new users. Anika has also been featured in many top magazines, including but not limited to Beauty Independent, Essence, and Bustle.

In September 2020, Stacy’s Rise Project, along with Hello Alice, gave a $10,000 grant to OpulenceMD Beauty as it was a top business started by a black female entrepreneur. Dr. Anika is also a philanthropist, and through her company, she partially or wholly sponsors eye screening sessions for people who cannot afford them on their own. She has also shown her support to women suffering from alopecia or cancer by donating lashes to them.

Her eyelashes start at the price of $37, and there are numerous varieties and styles to choose from. She also has special sets like the Crimson Crush Essentials Kit and the Call Me Sunshine Essentials Kit, which cost a bit more. The lashes, along with her other eye care and beauty products, are exclusively available to order through OpulenceMD Beauty’s website.