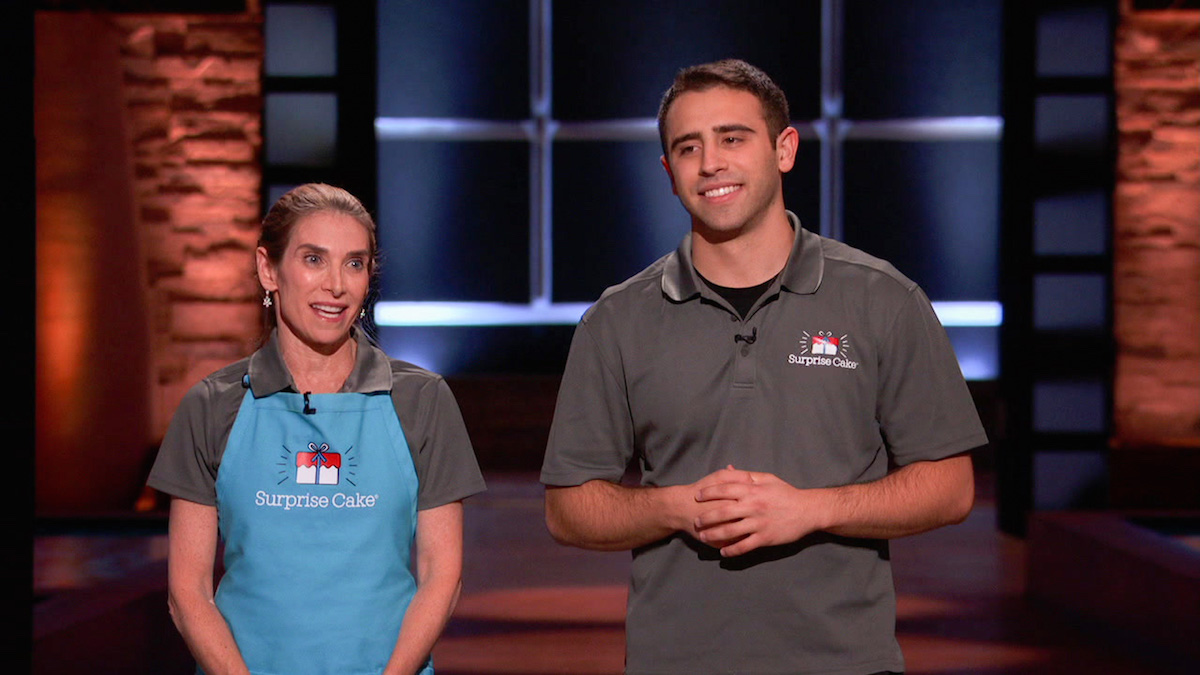 What do you do when you have an innovative idea that has the potential to generate millions but you do not have the grounds to build it? ‘Shark Tank’ provides budding entrepreneurs just that! Each “Shark” or business mogul has millions to invest and is on the lookout for a profitable venture. Their years of experience and keen observation guides them to hold the hands of some while others have to go back home without a deal.

‘Surprise Cake’ is a fledgling business that came up with an ingenious idea a few years back. The family behind the company is more than ready to pitch it to Kevin O’Leary, Barbara Corcoran, Daymond John, Robert Herjavec, Mark Cuban, and Lori Greiner. We have scoured the internet to gather whatever there is know about them!

Popping Cake Stand: Who Are They and What Do They Do?

Liz Charm is a Newton-based baker whose maternal wisdom turned her into an entrepreneur. Excitedly, she shares her success story right from the beginning, that is, from the time the seed of the idea was sown into her mind. She grew up in a family that treated birthdays as extremely special occasions. In an attempt to inculcate the same tradition into her children’s lives, she was racking her brains to think of something out of the box (quite literally!) It was her daughter’s 12th birthday, and like any teenager, she was expecting a cell phone as the present. 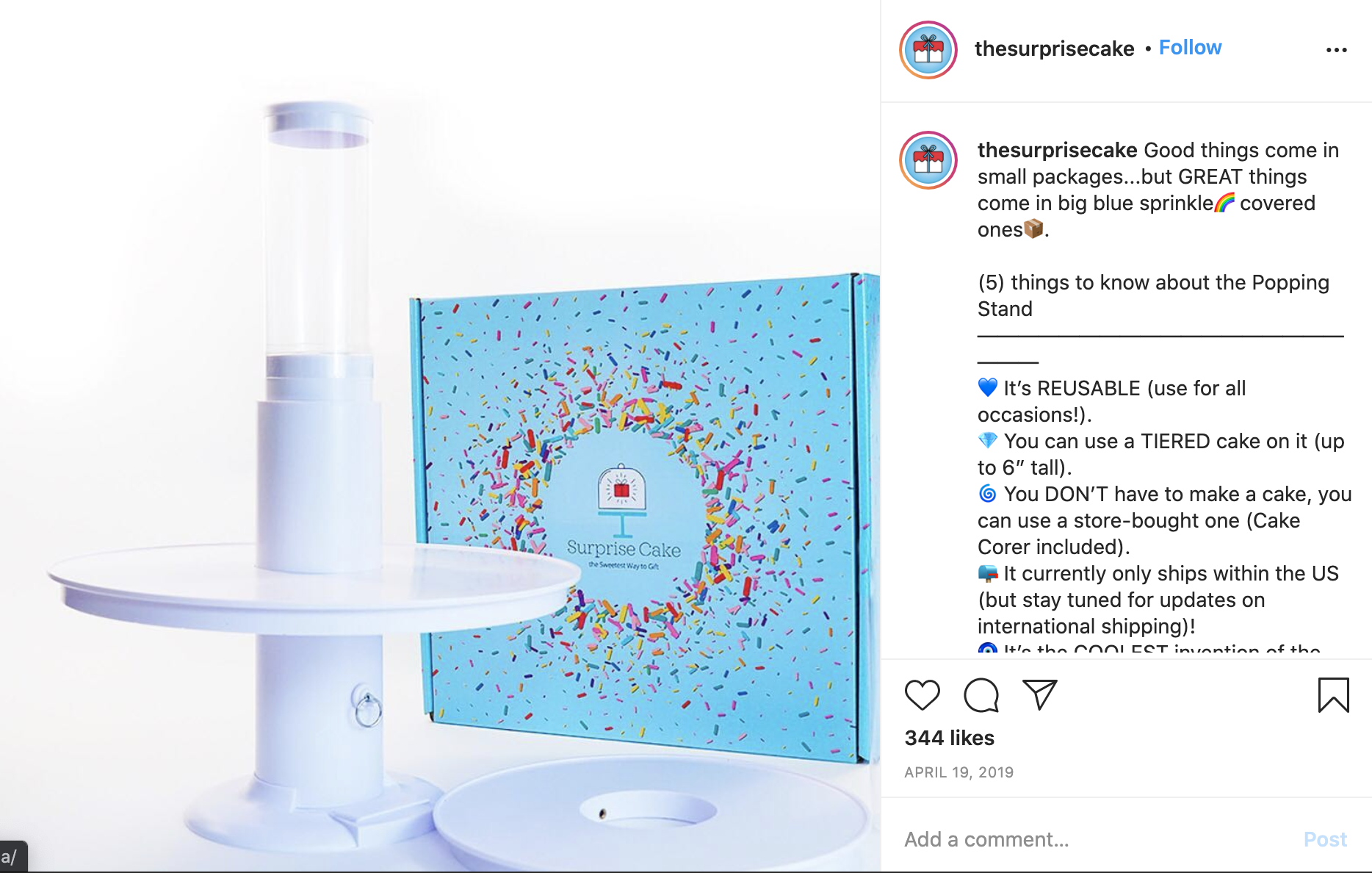 At that point in time, Liz had to risk a health hazard to implement it. Just before her daughter blew the candle, the phone, which had been wrapped in a plastic bag and hidden under the layers of icing, began to ring. Apparently, the idea was a hit, and Liz can never forget how surprised it left everybody. While it would have been impossible to take the safety measures then, but that has changed now. Thanks to Liz and her son, Jordan Long.

Jordan’s engineering background helped the two make the perfect team construct a gift pod, which is like a spring-loaded plastic tube that shoots right from the middle of the cake. More than 18 years later, from the night she had the dream, the mother-son duo own a company making these stands that can be used on any and every occasion like gender reveal, Christmas parties, anniversary celebrations, or even to pop the question!

Popping Cake Stand: Where Are They Now?

Originally made as a jack-in-the-box sort of way and specifically shaped like a cake stand, “Surprise Cake” now also makes them for muffins and cupcakes. The reusable Popping Stand can fit cakes up to 10″ in diameter and 6″ tall or 18 standard-sized cupcakes. The owners or their PR team regularly updates their website and social media accounts to include merchandise that is often interconnected to an upcoming festival. For example, around Halloween, their Instagram handles shared multiple pictures of ghostly looking cakes with a “trick or treat” themed pop-up stand in the middle. 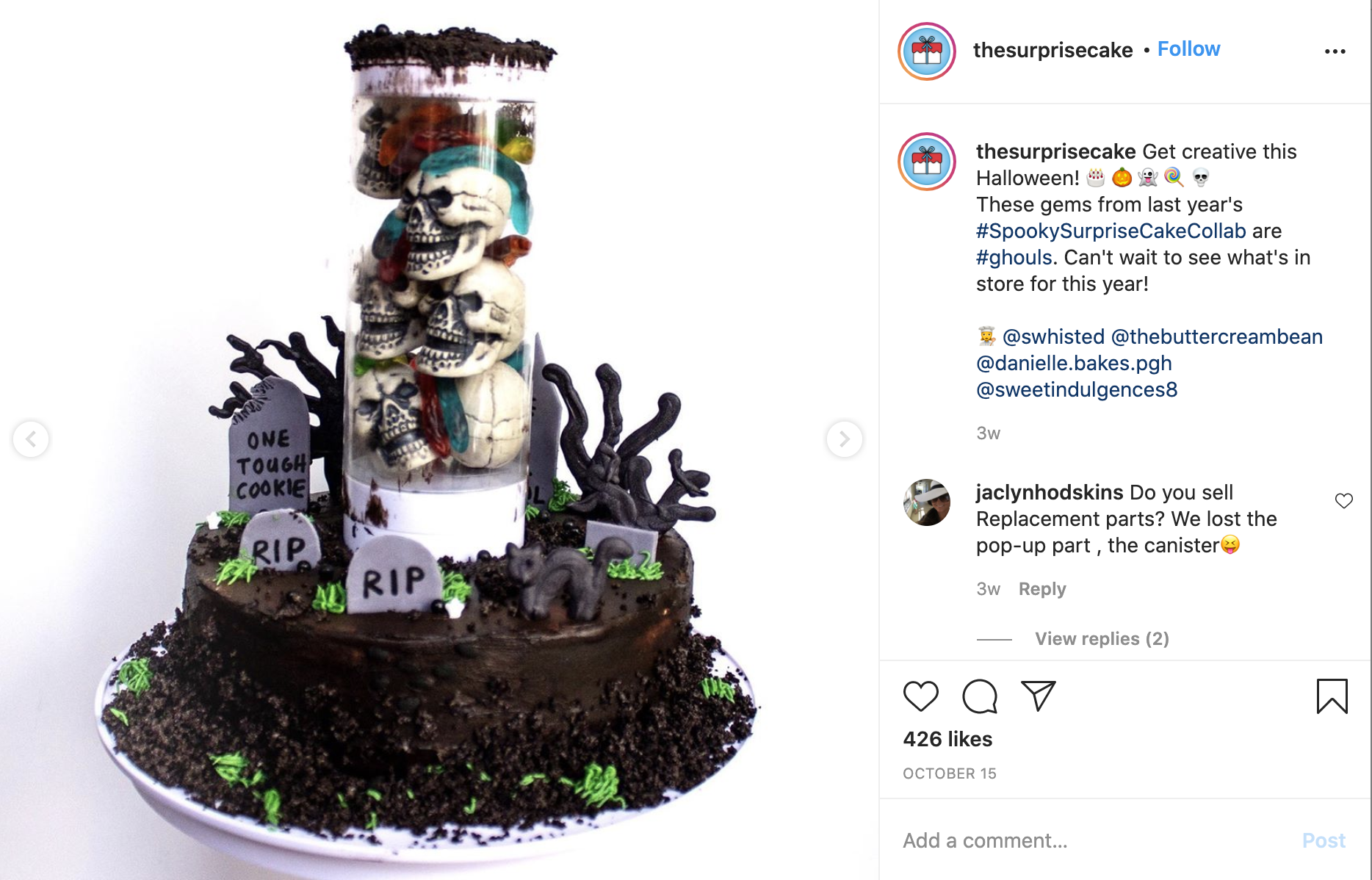 Also, the company seems particularly responsive to the customers coming forth with any kind of product-related query. It was three years back when Jordon Long curated the first prototype of the Popping Cake Stand. With the amount of love and followers they have garnered from that point in time, it would not be far-fetched to say that the idea has already become a global sensation.

Reportedly, the revenue for 2020 is projected to hit the 1 million mark. It is a growing brand that is striving to incorporate more and more products under the umbrella of “Surprise Cake.” Their website now promotes a musical box trigger, a cupcake kit, cake topper, and even surprise sprinkles. With a vision to also bake the cakes in the near future, Liz and Jordan pitched their idea to the business magnates on the ‘Shark Tank.’