Update on Rent Like A Champion From Shark Tank 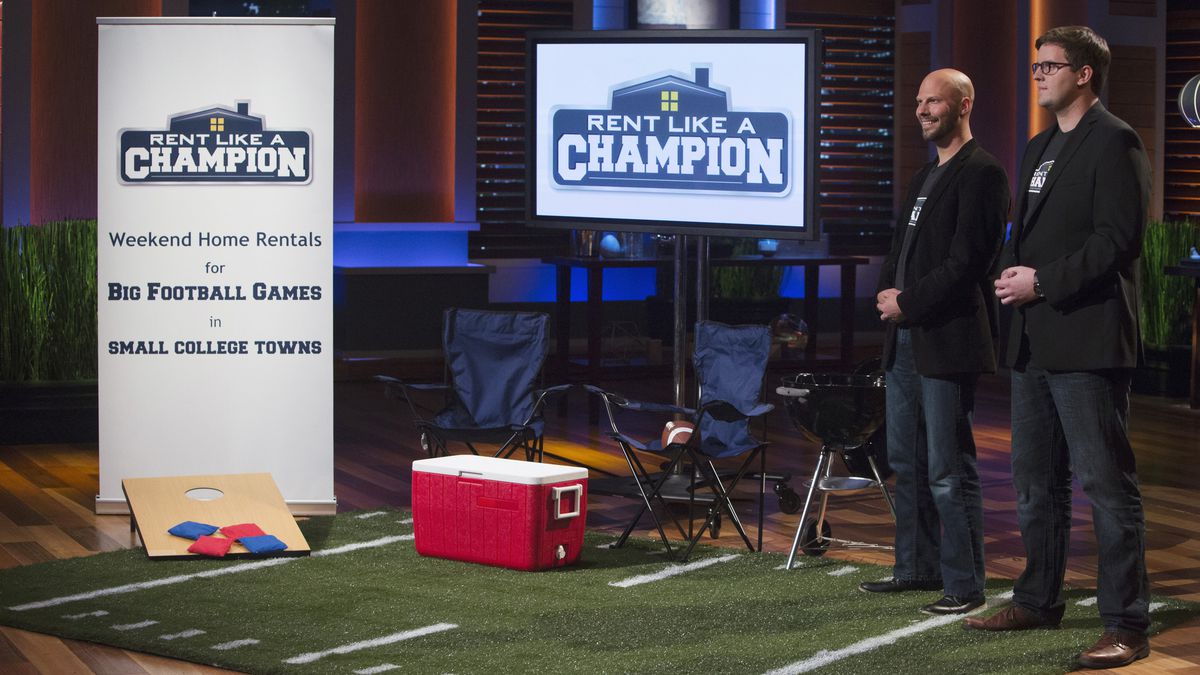 The astute business moguls that make up the panel of ‘Shark Tank’ are called “Sharks” for a reason. With killer instincts for investment and a keen eye for talent, these Sharks certainly know how to best turn a situation to their advantage and how to crack the best deals. Budding entrepreneurs come to the long-running show to pitch their business ideas and try to persuade the Sharks to invest in their business. Each side’s goal is to cut the best, most beneficial deal for them. Not everyone pitching an idea makes a mark though, as the Sharks are hard to impress. Only a handful of people whose ideas decidedly have the potential to grow into something big get offers from one or more of the investors.

When Drew Mitchell and Mike Doyle pitched their business model Rent Like A Champion to the ‘Shark Tank’ panel in 2015, they managed to impress three out of five Sharks. Curious to know more about Rent Like A Champion and what it’s all about? We have all the information for you.

Rent Like A Champion: Who Are They And What Do They Do?

Rent Like A Champion was founded in 2006 by three Notre Dame students – Jordan Curnes, Drew Mitchell, and Derrick Shenk. It initially began as a student housing company but evolved into the business it is today – an online provider of rental accommodations near college game or event locations. It provides game-goers with easy access to a multitude of apartment rentals in small college towns. Rent Like A Champion gives fans traveling from out of town the option to stay in a home close to campus, and keep their group under one roof, especially since finding proper lodging during game days can get very tough.

The ‘Shark Tank’ pitch was made by one of the original founders, Drew Mitchell, along with the then-CEO, Mike Doyle. Let’s find out where their company is at since they appeared on the show.

Drew and Mike entered the Tank seeking an investment of $200,000 for a 10% stake in the business. Kevin O’Leary offered $200,000 for 15% while Lori Greiner backed out entirely because, according to her, their clients were likely to trash homes rented near stadiums. Robert Herjavec refrained from making an offer altogether. Ultimately, Mark Cuban and Chris Sacca both made the deal at $200,000 for 10% equity, exactly what Drew and Mike had asked for.

Since their stint on ‘Shark Tank’, Rent Like A Champion has expanded into golf tournaments and racing events as well as football weekends. Now, over 3000 rentals are available in 27 college towns, and the company has hosted more than 50,000 traveling fans. With an average yearly growth rate of 80% since 2012, it looks like these numbers have been rapidly growing with no sign of slowing down any time soon.