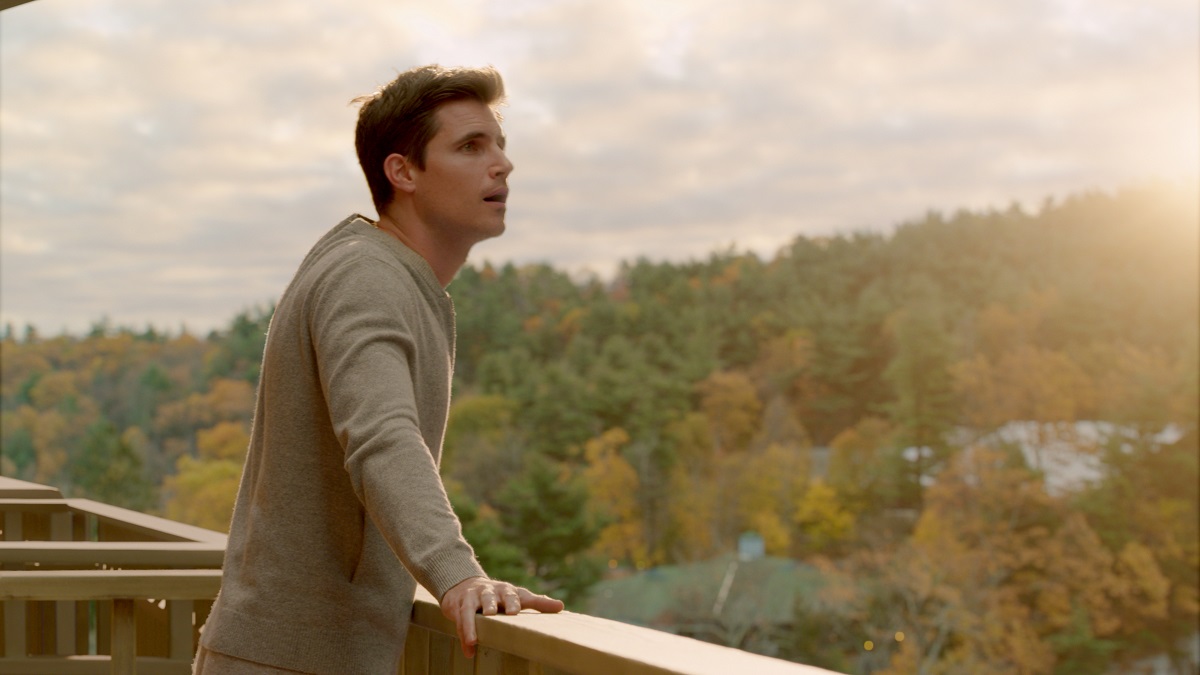 ‘Upload‘ is an Amazon original that is set in the future in a digital afterlife. The show is a sci-fi satire, similar to NBC’s ‘The Good Place.‘ It follows a young man named Nathan who gets “uploaded” to an afterlife service known as Lakeview after suffering from a car crash. He gets uploaded by his wealthy, clingy girlfriend since she wants to keep him forever. However, Nathan ends up falling in love with his afterlife assistant “angel” named Nora. ‘Upload’ is created by Greg Daniels, who is best known for developing the American version of ‘The Office.’ Robbie Amell leads the series’ cast

Where was Upload Filmed?

As mentioned earlier, ‘Upload’ is set in a speculative future. Most of the scenes of ‘Upload’ are set in Lakeview, a digital afterlife service. Lakeview proves to be an idyllic and stunning location with a breathtaking natural landscape: a shiny lake and a dense forest. Apart from that, the members of Lakeview are depicted to be living in a building that looks and functions like a 5-star hotel. Hence, it is natural for viewers to wonder where ‘Upload’ was filmed.

Firstly, the stunning Lakeview building that is seen on ‘Upload’ is actually the Mohonk Mountain House located in New Paltz in New York, United States. The property is surrounded by 40,000 acres of forest and would have proven to be the perfect location to film exterior shots of Lakeview. Have a look:

It ought to be noted that only the exterior and establishing shots of Lakeview are filmed at Mohonk Mountain House. The rest of the series is mostly filmed on soundstages. Have a look at the following post shared by Amell, which proves that a large chunk of the filming was carried out using green screens. This is quite unsurprising since ‘Upload’ is set in a speculative future and makes use of computer graphics frequently.

According to local sources, filming for ‘Upload’ was carried out in the city of Vancouver in British Columbia, Canada. Canada has been witnessing numerous filming projects. This is mainly due to the Canadian government’s lucrative tax credits program that benefits producers by helping them cut down on their production costs. In return, filming activities help diversify the nation’s local economy.

Have a look at the following filming notice. It reveals how filming for ‘Upload’ was carried out at 100 Powell Street (Harbour Light Alley) in Vancouver.

Apart from that, you can also take a look at the following Reddit discussion. Several Reddit users have provided possible filming locations in Vancouver in the thread. For instance, a user reveals how filming could have been carried out at Stanley Park and/or Silvermere Lake. Another user adds how filming could have also taken place near Burnaby Lake or at Market Crossing. However, the Redditors on this thread are simply speculating where the show could have been filmed. Hence, this information ought to be taken with a grain salt. Click on the following post to read the entire discussion.

Does anyone know where the amazon show “Upload” was filmed? from vancouver