Where is The Good Place Filmed? 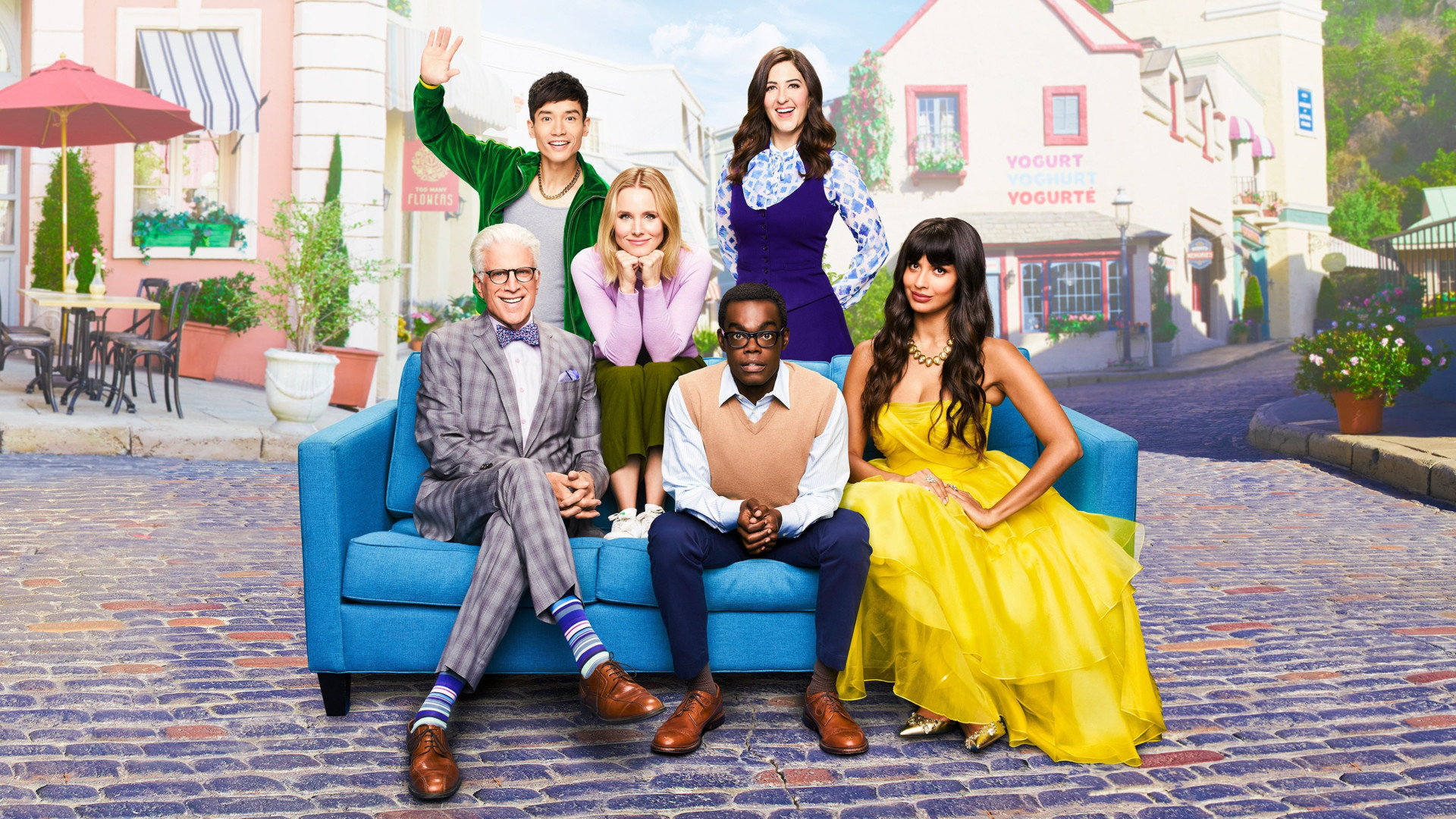 ‘The Good Place’ is one sitcom that takes the trope of familiarizing a fictional set of places to the next level with its speculative setting. Many sitcoms like ‘Friends’ tend to familiarize several fictional places within a real place while some like ‘Schitt’s Creek’ come up with an entirely fictional world altogether. ‘The Good Place’ comes up with its own little but expansive universe, thanks to its otherworldly setting.

The show revolves around a bunch of people who are promoted to “The Good Place” in their after-life due to their moral lives. The place seems heavenly and is practically a utopian paradise with the perfect café, houses and weather. However, the show’s protagonist, Eleanor who hasn’t exactly led a moral life, is mistakenly admitted into The Good Place. She attempts to not let anybody find out about her mistaken admittance.

However, those who have seen the show would know that the series takes some pretty shocking and narrative-changing twists from there on.

Viewers and fans of ‘The Good Place’ surely fall in love with the fictional, eponymous after-life town with its beautiful gardens, picturesque courtyard and charming shops. Many wonder whether the show was shot in an actual place which looks this pretty or whether elaborate sets had been especially created for its filming. Luckily, we’ve got the answers for you. Unfortunately, you might not like some of them.

Well, unluckily an actual village/town with the vibrant, pastel colored buildings depicted in ‘The Good Place’ does not exist and you can live there. However, you can visit the sets and sound stages where the sitcom is filmed at in Universal Studios Hollywood in Universal City, California. All you need to do is buy a VIP Tour pass and head to Universal Studios like this fan did:

Guys guys guys, I got to see sets from @nbcthegoodplace on the Universal Studios tour! 😱 pic.twitter.com/oVEieGirJk

You can see The Good Place’s courtyard area which has served to be the location for several scenes of the show. Moreover, you can not only see, but also sit in the fictional Trans-Eternal train at the Trans-Eternal Station in Universal Studios! What’s more? Places like the Yogurt Spot and other small shops might also be found.

Other locations in California

Apart from the sets at Universal Studios Hollywood, ‘The Good Place’ has also been filmed in various real places in the state of California. For instance, Tahani’s large mansion is actually shot at an actual house on 9577, Sunset Boulevard in Beverly Hills. The show takes the actual mansion (which is already pretty big) and digitally transforms it to look several times bigger.

Moreover, the gardens depicted in ‘The Good Place’ have enthralled a large number of viewers with their sheer, tranquil beauty. Well, the scenes depicting the gardens are filmed at an actual garden in Southern California: The Huntington Library, Art Collections and Botanical Gardens.

So The Huntington is officially "The Good Place". @nbcthegoodplace filming on site today! pic.twitter.com/w77vqPZDJI

Furthermore, a particularly prominent scene shown in the sitcom’s pilot is filmed near Wrigley House on 395, S. Orange Grove Boulevard in Pasadena, California. Fans might remember the green-roofed house when The Good Place is depicted to go berserk due to Eleanor’s immoral acts.

Part of that scene was also filmed at another mansion on 1369 E Atladena Drive in Atladena, California.