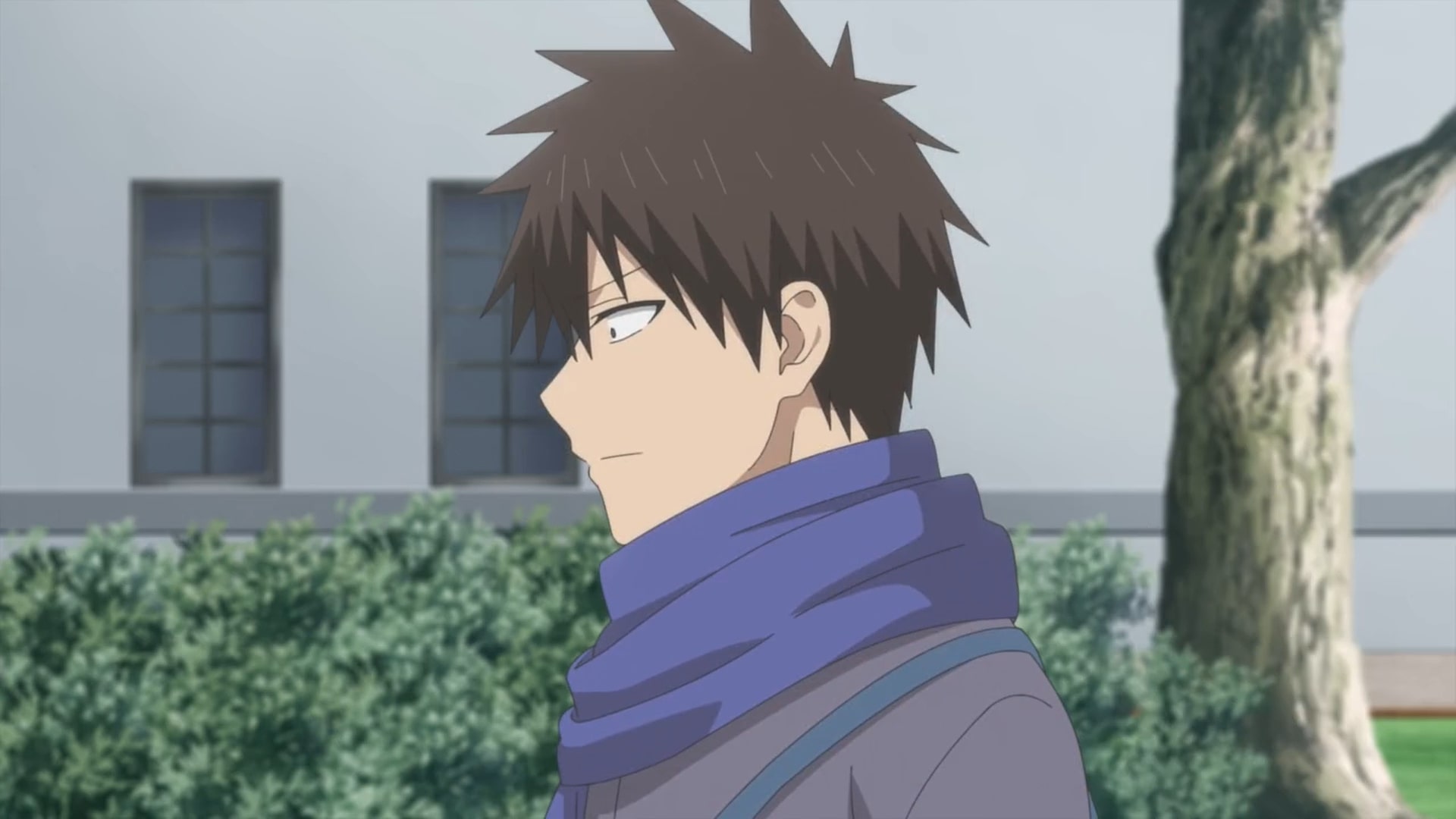 In the eleventh episode of ‘Uzaki-chan Wants to Hang Out!’ season 2 titled ‘I Kind of Want to Do Things Right Already!’ Shinichi spends some quality time with his younger sibling following which his father challenges him to a judo fight. He continues to press Shinichi to tell him more about Hana and refuses to accept the fact that the duo is just friends. Meanwhile, Hana drinks heavily with Ami and Sasaki. She opens up about her high school days when she first met Shinichi and gives his friends a new perspective on their relationship. Here’s everything you need to know about the ending of ‘Uzaki-chan Wants to Hang Out!’ season 2 episode 11. SPOILERS AHEAD!!!

After meeting his family for the first time after two years, Shinichi learns that he also has a younger sister. While the parents are busy doing mundane chores, he finally plays with his sister for the first time. However, his father soon comes back as he wants to challenge him. Shinichi knows what it means and the father-son duo prepares for the judo rounds. 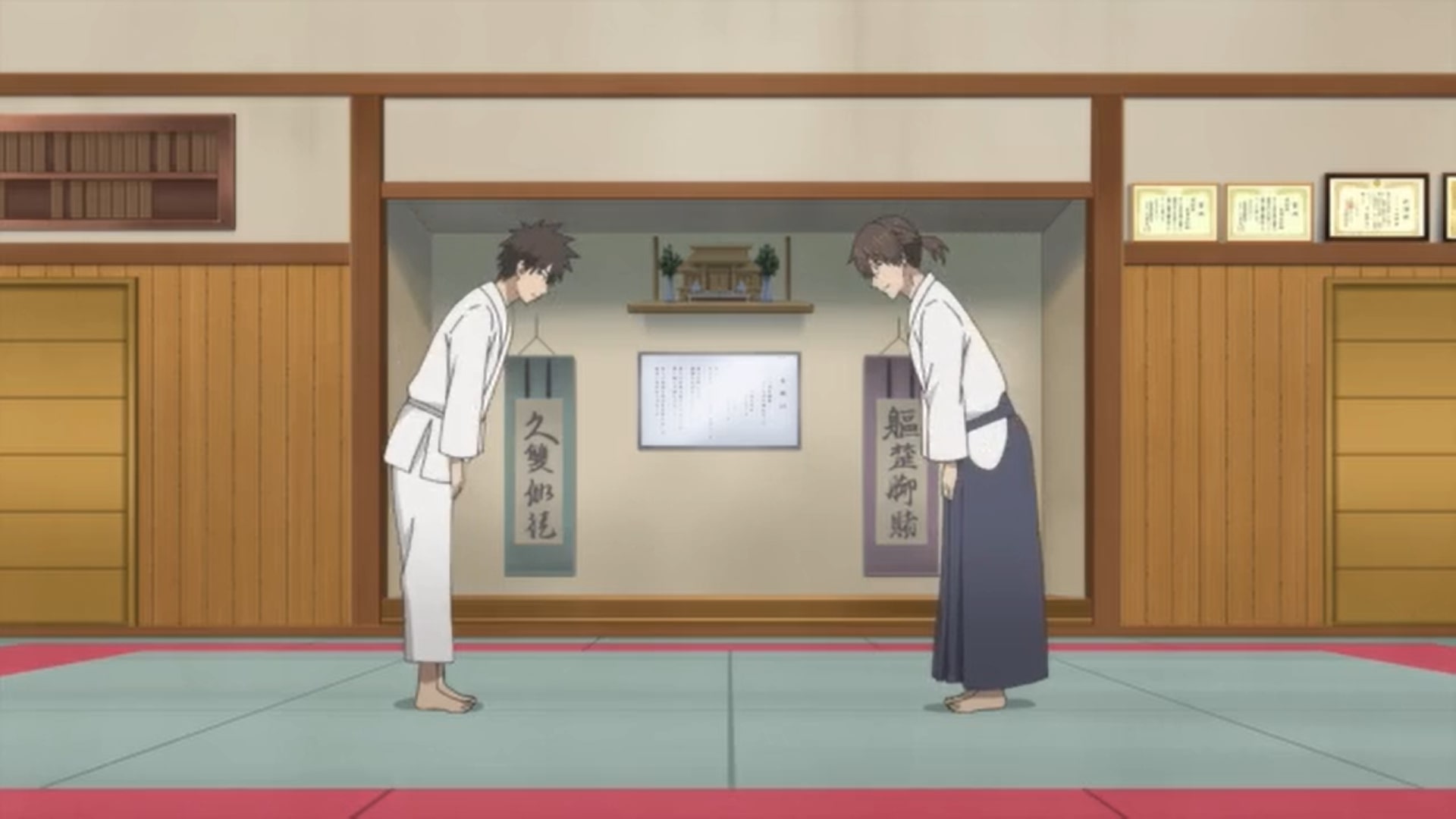 Despite their age difference and the fact that Shinichi has been quite active, Shirou is just too powerful and is not easy to take down at all. After trying several times and failing, Shinichi still appears determined but his father asks him to tell her everything about his girlfriend if he does succeed in a takedown. Shinichi naturally argues that Hana is not his girlfriend but his father is not convinced. His suspicion is rooted in the fact that Hana took bath in his apartment which seems strange to him.

Despite all this Shinichi continues to defend himself until her mother intervenes to inform the duo that food has been prepared. Meanwhile, Hana is drinking at a bar with Sasaki and Ami. When she is asked about her high school days with Shinichi, Hana explains what the first few days were like when she met her senpai. Shinichi has been a good swimmer and since Hana was just trying to get her basics right, he helped her a lot.

Unfortunately, a lot of the time the communication was not as clear as she would have liked since her senpai was not really a good teacher. But she learned quite a lot about him in those days. It turns out that Shinichi was in the baseball club in middle school but had to eventually give up as he was not well-suited for the sport. He then started swimming and ended up becoming quite good at it. 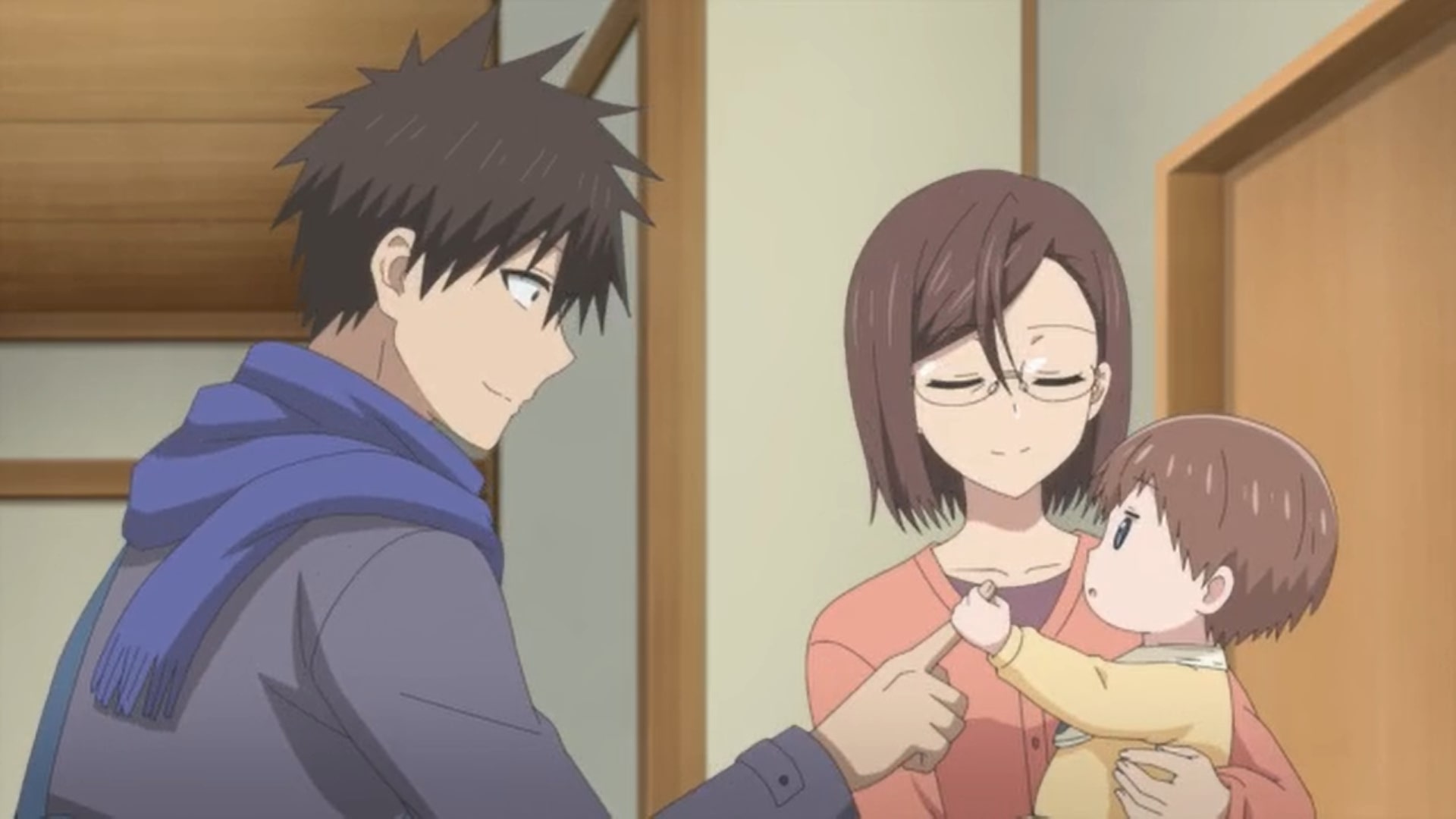 After a long night of gossip, Hana is dropped at her home by Ami, who is also very drunk at this point. The following day, Shinichi returns to work where he is visited by Fujio and another member of the gym. They all discuss his relationship dilemma and Asai advises him to focus on getting more clarity about his goals.

Uzaki-chan Wants to Hang Out! Season 2 Episode 11 Ending: Why Does Shinichi Ban Hana From His Room?

After having a discussion with Asai, Sasaki, and Fujio, Shinichi still continues to struggle with his dilemma. But he feels a lot better than before. When he returns to college the following day, he recalls how many times Hana has taken care of him and has never asked for anything in return. Therefore, Shinichi decides to never be rude to her ever again. In addition to this, he also plans to thank her for all that she has done for him over the years. 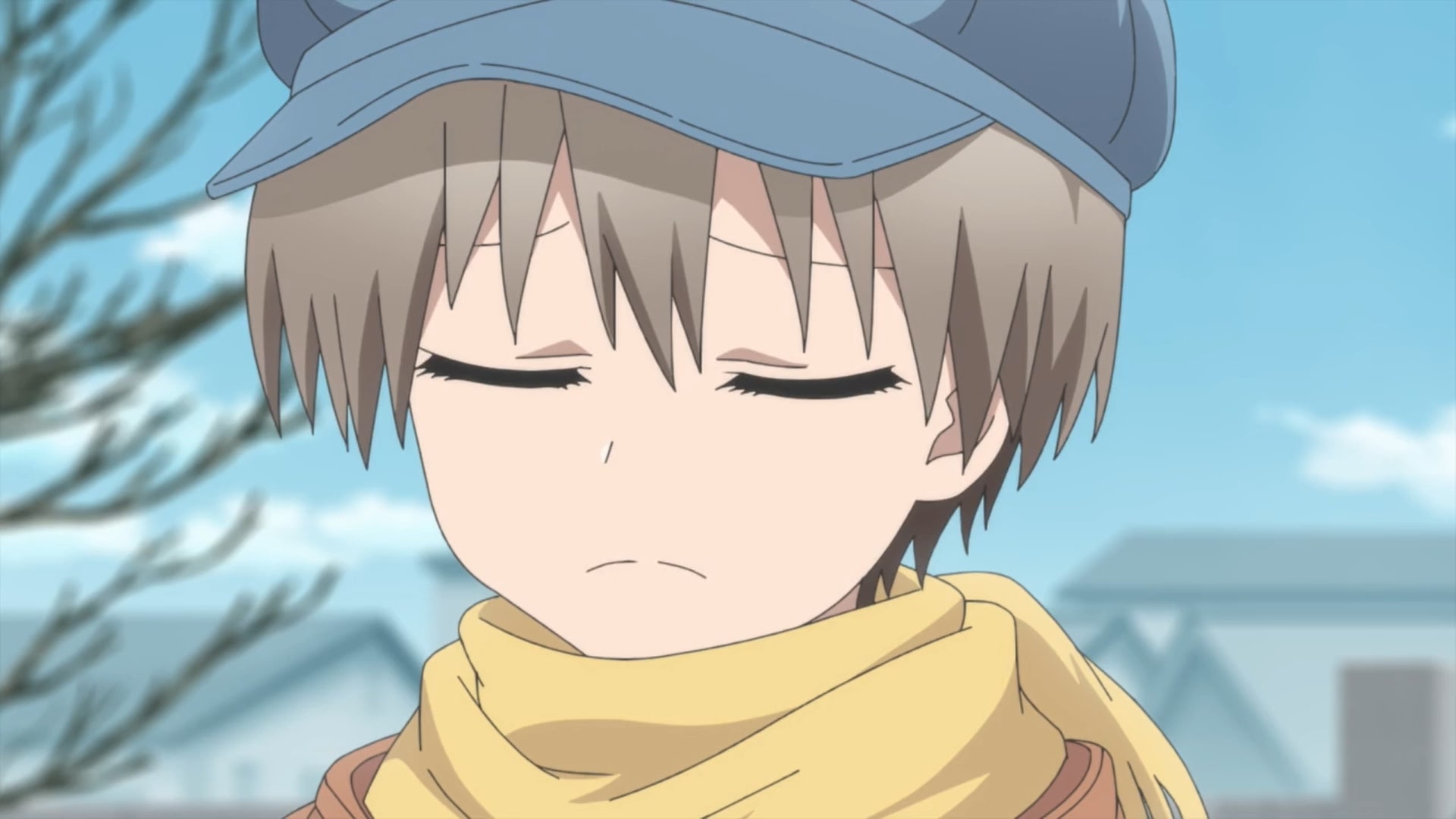 Just when he is walking to his class, Hana calls him from behind. She mentions that it feels that the duo has not met each other for a long time. Hana then mocks Shinichi that he probably does not have any plans for Christmas. She proceeds to make fun of the fact that he will cook dinner for himself and eat on his own. After mocking Shinichi as much as she wants, Hana mentions that she has been invited to a party by her friend on Christmas eve.

However, Hana offers to cancel that plan so that she can stay with Shinichi. Until this point, Shinichi has been listening to everything she has to say, but he has had enough of her unwarranted ridicule. Therefore, Shinichi decides to ban her from his room. It turns out that he was not joking at all since Hana visits his apartment the same day and he does not open the door despite her many requests. Now it remains to be soon how the duo will resolve their differences before Christmas.