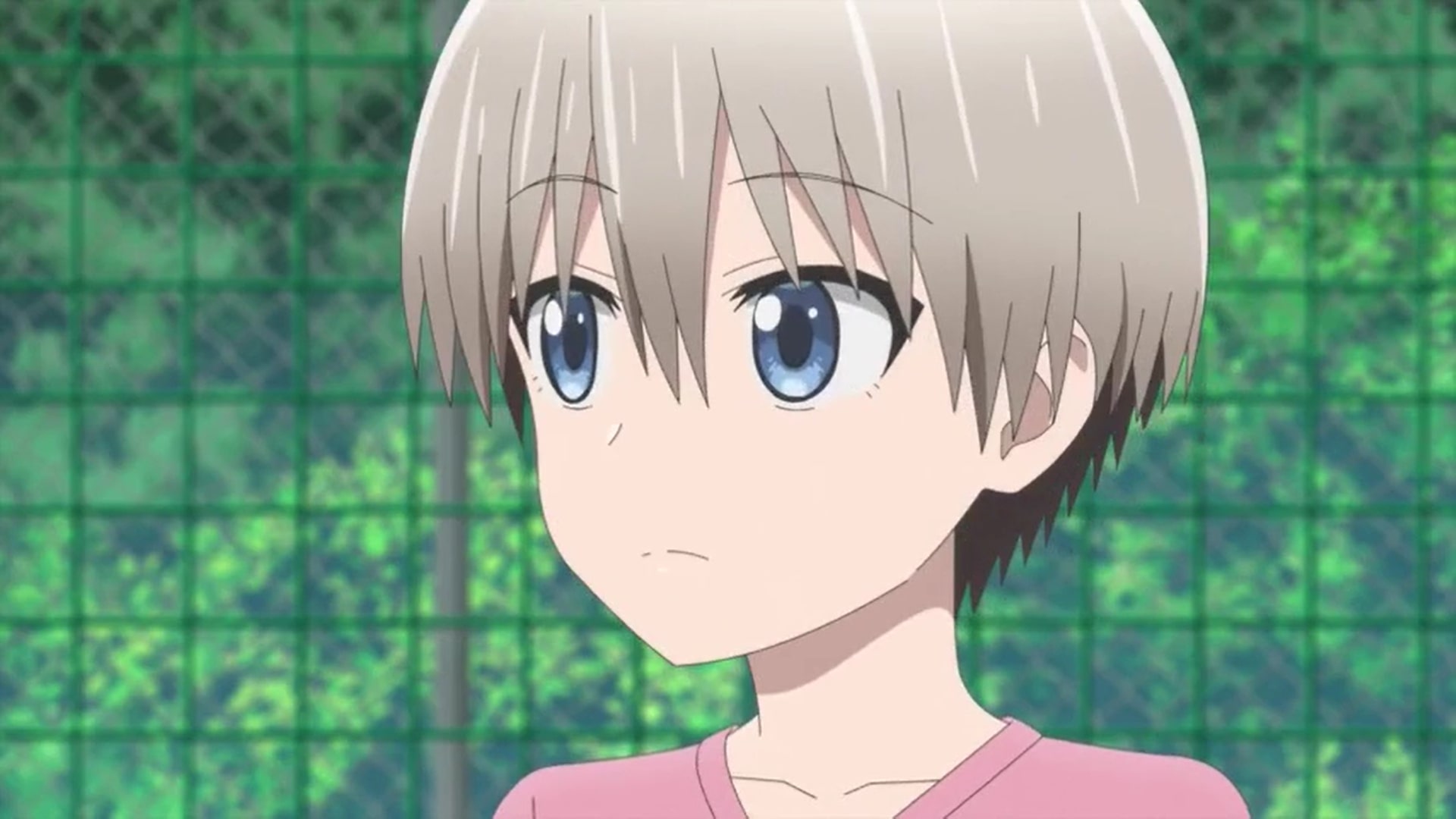 In the second episode of ‘Uzaki-chan Wants to Hang Out!’ season 2 titled ‘I Want to Make Udon After We Hang Out,’ Shinichi visits Hana’s home with handmade udon for her entire family. The titular protagonist along with her friends visit the local soccer field for a mini-game. However, they are eventually challenged by three college students to compete against them. Here’s everything you need to know about the ending of ‘Uzaki-chan Wants to Hang Out!’ season 2 episode 2. SPOILERS AHEAD!!!

Shinichi, Sakaki, Hana, and Ami visit the local store to buy some clothes for themselves. There Hana ends up having a discussion with Shinichi about their academic performance. While she knows that it is almost impossible for her to do better than Shinichi when Sakaki teases her, she argues that he is hardly present on the campus and mocks him by asking if he will even manage to graduate. But to her surprise, Hana learns that Sakaki has more credits than Shinichi and has a stellar academic record so far. 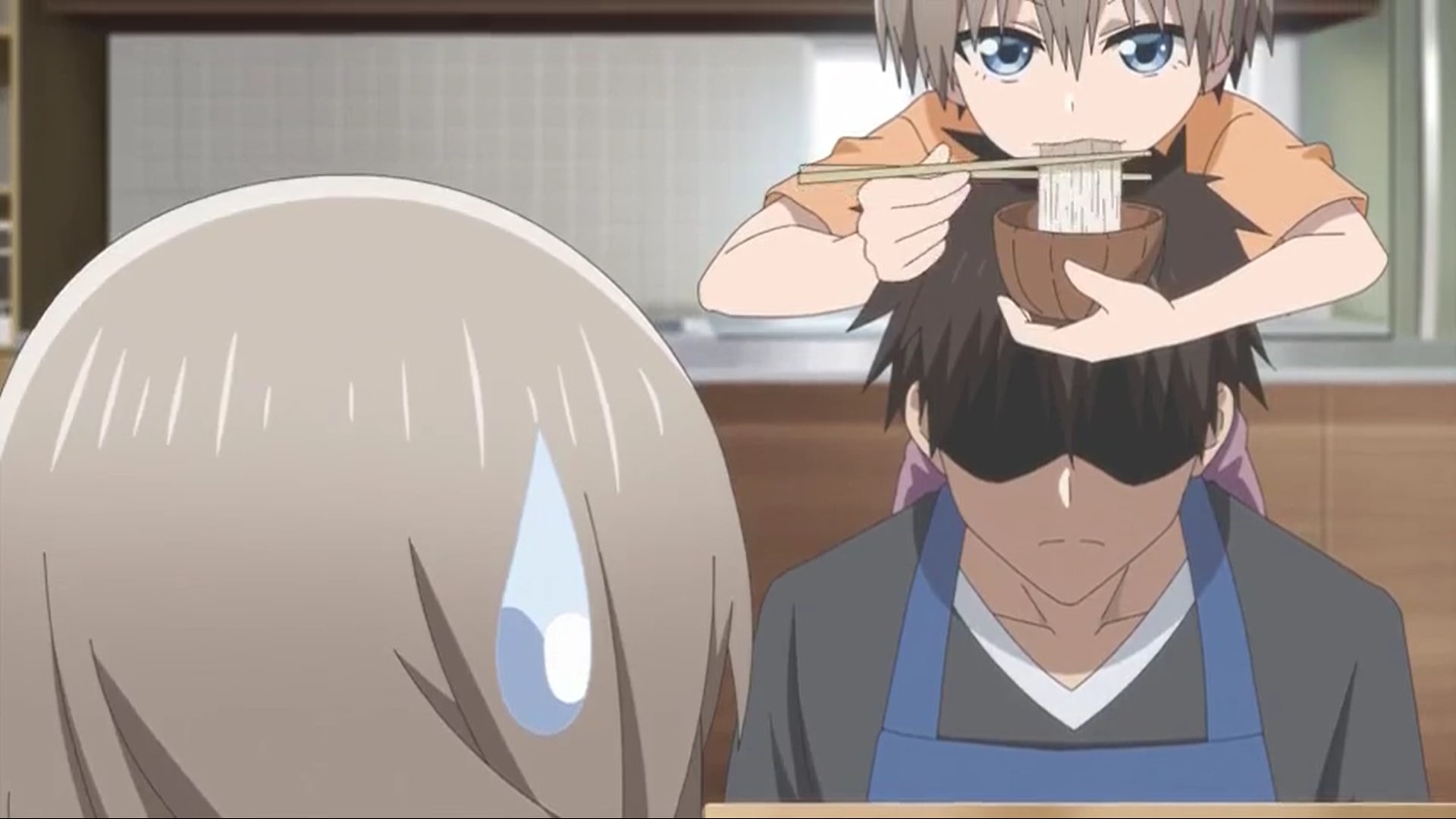 The following day, Shinichi visits Hana’s house with homemade udon that he learned to cook just a month ago. While he may not have a lot of experience cooking it, Hana’s mother is impressed by his culinary skills. Shinichi mentions that he is getting bored of the udon life and requests Hana’s mother to teach her a new dish. When asked about her review of Shinichi’s cooking abilities, Hana criticizes him for the poorly cut noodles which are not of the ideal shape and size. She even argues that the noodles are unpalatable and poorly made.

As final comments, Hana goes on to tell Shinichi that he should not be arrogant enough to claim that he has mastered udon. But instead of ignoring the criticism, Shinichi accepts his mistake and asks Hana’s mother help to help him learn to cut the dough properly. While teaching him, Hana’s mother accidentally comes too close to him and gets touched inappropriately. She starts judging his character and wonders whether her daughter also had inappropriate experiences with him.

When she asks Hana, she learns about the incident at the college a few days before where the duo ended up sleeping in each other’s arms and the students took their photos and videos. While Shinichi was nowhere responsible for the incident, Hana explains the entire story in a manner that her mother gets a very wrong impression. However, Hana’s mother decides to keep her misunderstanding to herself and does not try to get any clarification from her daughter.

Uzaki-chan Wants to Hang Out! Season 2 Episode 2 Ending: Who Wins the Soccer Game? Why Does Sakurai And His Friends Flee?

Shinichi, Sakaki, Hana, and Ami visit the local football field to play soccer with each other. While Shinichi and Hana are warming up, Sakaki observes from a distance and notices that the former could really become good at it with a little practice. As the four friends plan to play a friendly game, they notice three college students trying to bully middle school kids. Unfortunately, for them, middle school students end up making some acerbic remarks about their love life and social skills after deciding to take a stand for themselves. The seniors are left dumbfounded and in order to channel their frustration someplace, one of them starts an unnecessary argument with Sakaki and his friends. 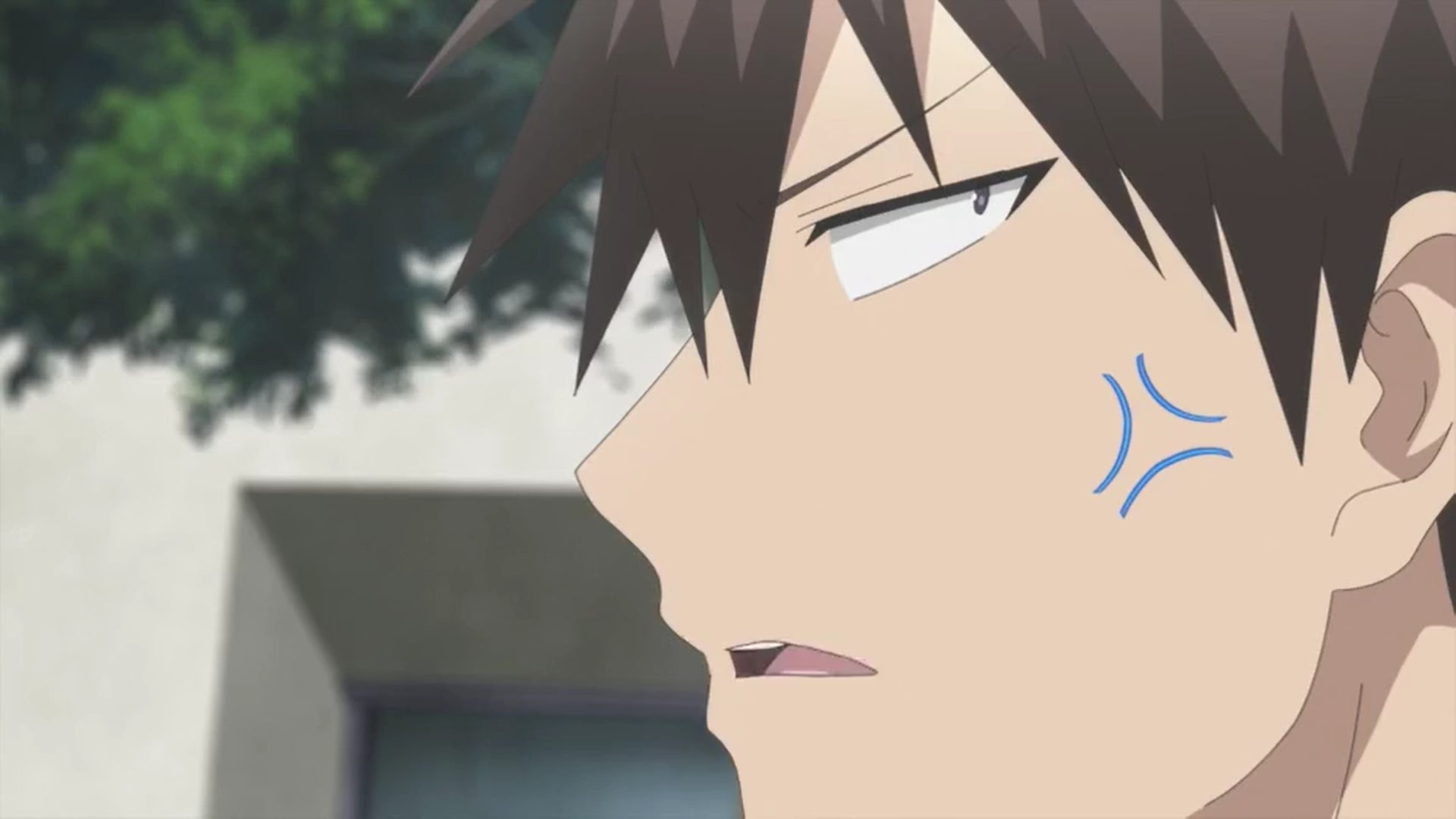 It turns out that they know Sakaki went to the soccer club social party and supposedly left with the girls there- which they envy to this day. To add insult to injury, Sakaki goes on to blame the three college students for the failure of the party. He argues that they only boasted about club activities there, which was naturally a turn-off for the girls, who would have loved to talk about their interests. Seeing Sakaki with Hana and Ami today gives them all kinds of wrong ideas again, so they decide to challenge them to a soccer game.

The three college friends promise to pay for the entrance fee if they lose the match but if they win Sakaki will introduce them to Hana and Ami. Sakaki does not even think twice and accepts all the conditions. It does not take long for the three college students to realize the reason for his confidence. Sakaki single-handedly scores one goal after another and completely takes them out of the game. Meanwhile, Shinichi has hardly done anything and proved to be a liability to the team so far. 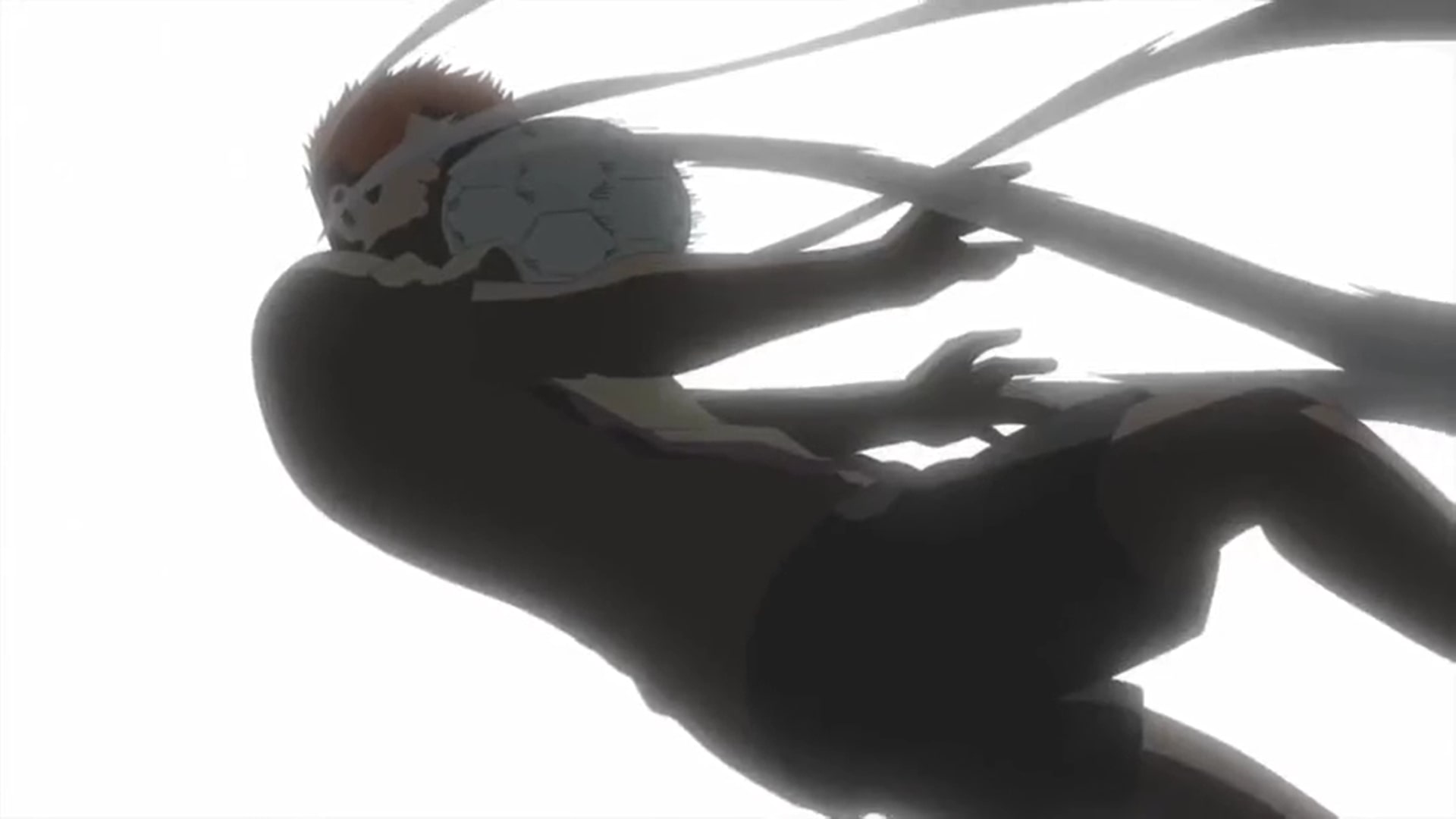 Therefore, Sakaki gives him a pep talk and just encourages Shinichi to focus on the ball and nothing else. Shinichi takes the advice very seriously and marches ahead with the ball. Without looking ahead, he shoots with all his strength and knocks out the opponents. He goes on to do it with every player on the field until he scores a goal. Since all the college students playing against them are knocked out, Shinichi and his friends decide to flee.