Pearl in the Mist: Everything We Know

Lifetime’s ‘V.C. Andrews’ Pearl in the Mist’ or ‘Pearl in the Mist’ follows Ruby, who, after living in her father’s gorgeous house for over a year, realizes that happiness still eludes her. However, when she goes to an all-girls boarding school with her twin sister, Ruby expects to finally find the meaning that she is looking for. Unfortunately, there too, her twin-sister and stepmother come up with evil plans along with the Headmistress, Mrs. Ironwood, of the school to humiliate her. However, despite the challenges, Ruby still continues dreaming of a better future. If you are curious to know the filming locations, cast, and other details about the film, we have got you covered.

The psychological suspense film was shot entirely in Canada. The North American country is a popular tourist destination, and it attracts millions of people every year. Apart from that, Canada is also a prominent filming location. 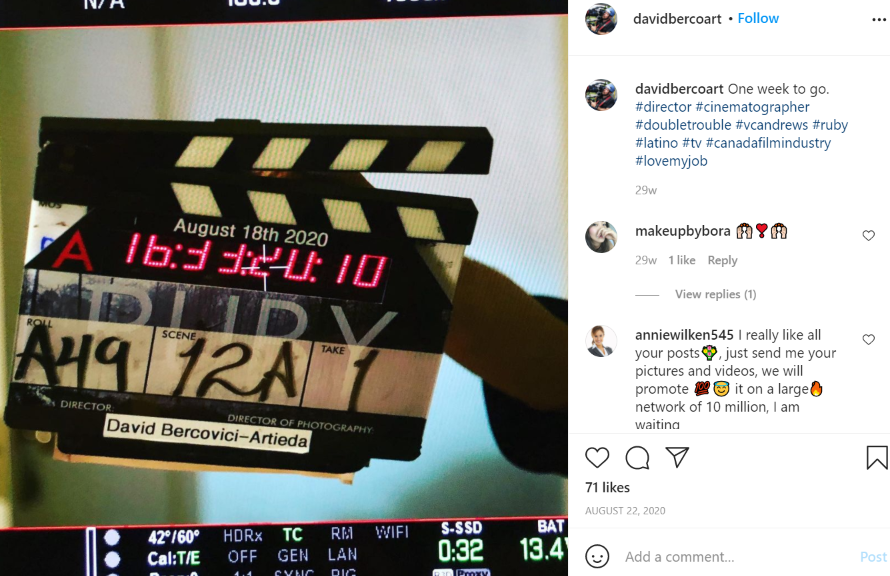 Some of the most popular movies like ‘Fifty Shades of Grey,’ ‘Brokeback Mountain,’ ‘The Twilight Saga: Eclipse,’ ‘Suicide Squad,’ ‘Fantastic Four,’ among many others, were all filmed in Canada. The filming for ‘V.C. Andrews’ Pearl in the Mist’ began on July 30, 2020, and wrapped up on August 28, 2020. Here’s everything we know about the movie’s filming locations and origin!

The principal shooting for the movie was done in Victoria, British Columbia. The city offers a 6% distance tax credit that makes it one of the most attractive filming destinations across the world. Its proximity to the Hollywood North – Vancouver – makes it even more appealing to filmmakers, no wonder the city has been a filming location for films like ‘Final Destination,’ ‘X2,’ ‘X-Men: The Last Stand,’ ‘In the Land of Women,’ ‘Scary Movie,’ among many others. Here’s a behind-the-scenes photo from the sets of the movie that the director of ‘Pearl in the Mist’ shared on Instagram. 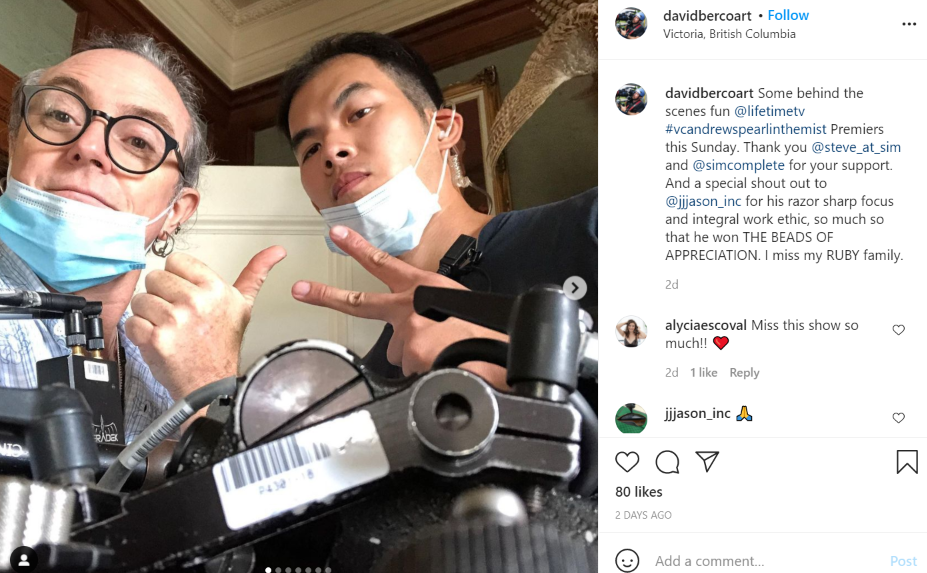 The movie stars the Australian actress Raechelle Banno, who essays the role of Ruby. You may recognize her from the television series ‘Pandora.’ Richard Harmon, who is best known for ‘The 100’ and ‘The Killing,’ portrays Louis Clairborne. Darien Martin appears as Buck while Sage Linder plays the role of Abby. The soap opera actress Lauralee Bell essays the role of Daphne. Other noteworthy cast members include Ty Wood as Beau, Karina Banno as Giselle, Glynis Davies as Mrs. Clairborne, Bob Frazer as Jean Dumas, Maddy Hillis as Kate.

Is V.C. Andrews’ Pearl in the Mist Based on a True Story?

No, ‘V.C. Andrews’ Pearl in the Mist’ is not based on a true story. The film is based on the second novel in the Landry book series by V.C. Andrews. Interestingly, the book ‘Pearl in the Mist’ (which inspired the movie) was written back in 1994 by the ghostwriter Andrew Neiderman, eight years after the death of V.C. Andrews. The family drama does appear to have some resemblance with day-to-day familial problems that people face in their homes, but Neiderman has never claimed that the book is inspired by someone in particular.

Moreover, the movie captures the bitterness of a stepmother, which has been a typical trope in movies and books for a very long time. Although a real-life event may not have inspired the movie, it does take examples from real-life family rivalries. It also explores the alienation that one might feel in aristocratic families and dispels all doubts about the comfortable life one imagines people in these families have.

If we go by historical records, royal families in real-life have been full of scandals and are notorious for their inferior treatment of their own family members, especially women. So, although the story of the film is purely fictional, there is some truth in the embittered relationships that we see in ‘V.C. Andrews’ Pearl in the Mists’.

Read More: Where is V. C. Andrews’ Ruby Filmed? Is it a True Story?