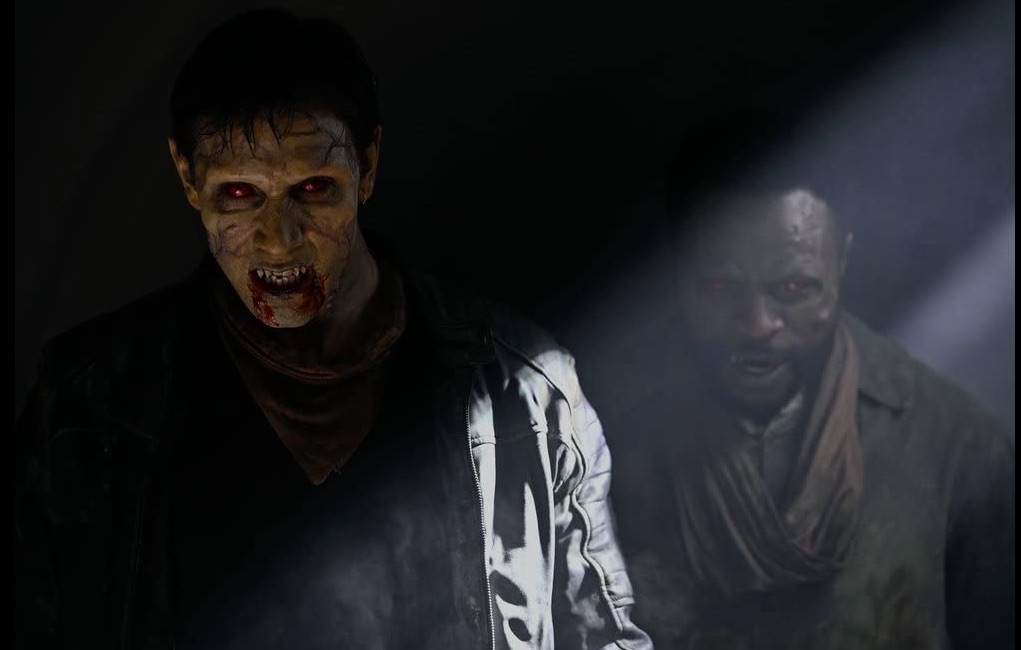 Peacock’s ‘Vampire Academy’ follows the story of a girl named Rose, who is training to be a guardian for her best friend, Lissa. Both of them belong to the vampire community, but there is a huge difference in their status. While Lissa is a royal Moroi, Rose is a Dhampir, whose sole existence revolves around the protection of the Moroi. The show underlines this difference in the background of an increasing threat of the Strigoi. In its fifth episode, the Moroi council makes a decision that clearly reflects their feelings for Dhampir. They are second-class citizens and the council won’t bat an eye if they die just for the sake of an experiment. While this might just be a game for the Moroi, the events of the fifth season have serious consequences for Dhampirs like Rose. Here’s what it all means. SPOILERS AHEAD

Rose and her fellow novices are left in an abandoned place as a final test. They have to survive the night, keeping their Moroi target safe, without getting killed in the process. The novices believe that this is just another simulation, that they’ll simply be attacked by other, more experienced guardians. What they don’t know is that right before their mission, the council made the decision to let a Strigoi loose on them. They have no idea what’s coming.

When Victor discovers what Tatiana and the council have done, he tries his best to end the experiment. However, even the Queen is in on it and she has no intention to create a rift in the council. When Dimitri and Lissa find out about it, they decide to take matters into their own hand. While Dimitri rushes to find Rose and others, Lissa teams up with Christian, Mia, Mason, and Jesse. By the time they reach there, it is too late and many lives are lost.

While the novices weren’t aware of a rogue Strigoi on otherwise protected grounds, it turns out that the guardians sent to test them are not alerted either. Mikhail is one of those guardians, but even he and his team are on a low guard, which makes it easier for the rogue Strigoi to attack and kill all of them. The damage is doubled when the Strigoi turns the person who had set him loose as well as Mikhail. With a highly trained Strigoi chasing after them, the chances of Rose and the team surviving decrease exponentially.

By the time Lissa arrives on the scene, Mikhail has already been turned and has already fatally wounded one of the novices. It doesn’t look like the novice will survive, but Lissa uses her spirit powers on him and heals him on the spot. In the meantime, Strigoi Mikhail attacks Rose and she is forced to fight a person that she truly cares about. From the beginning of the show, Mikhail had been one of Rose’s closest friends. They shared a strong bond, and Mikhail would often give her advice regarding her actions. Had it been any other Strigoi, things would have been much easier for Rose. But killing Mikhail is an entirely different matter. Unfortunately, she has to do it if she wants to stay alive.

With no Moroi harmed, the council considers their experiment a success. Rose is hailed as a leader and now that she has won the competition, she will join the royal tour. While she processes her grief, the news of Mikhail’s death is broken to Sonya, who had planned to be on a date with him. The loss breaks her heart and she tries to kill herself by jumping off a balcony. This is when the true extent of her powers is revealed. Previously, she’d been able to communicate with birds. But when she falls from the tower, the birds actually come to rescue her. As she walks away safe and sound, the birds that had saved her fall to their death. This means that the darkness surrounding Sonya is only increasing. She has been using her powers a lot, especially when she heals her dying father. But all power comes at a cost. It looks like the vampires had a good reason to keep the spirit magic a secret.

While Sonya’s situation gets bleaker, Lissa too goes down a difficult path. She realizes that she needs to be on the royal tour if she has to find out more about her powers. For this, she proposes an arrangement with Jesse. She needs to marry someone with enough links to the Dragomir bloodline to secure her seat on the council, and Jesse is her best option. For her engagement to Jesse, she’ll have to meet his parents, who are going to be on the royal tour. This means that Lissa can accompany them too. But marrying Jesse means that she can’t be with Christian anymore.

While this is a heartbreaking thing for her, it looks like the least of her concerns. The use of spirit magic is starting to take its toll on Lissa as her eyes turn black like Sonya’s did when she used it. Moreover, due to her connection with Lissa, Rose too feels the impact of her powers, and her eyes turn black too. While using spirit magic comes with a lot of perks, if there is one thing that shouldn’t happen in a supernatural world, it’s the black eyes. They never bode well for a character, which means that Lissa has to be very careful about how she uses her magic, if at all.

Read More: Is Vampire Academy Related to The Vampire Diaries?