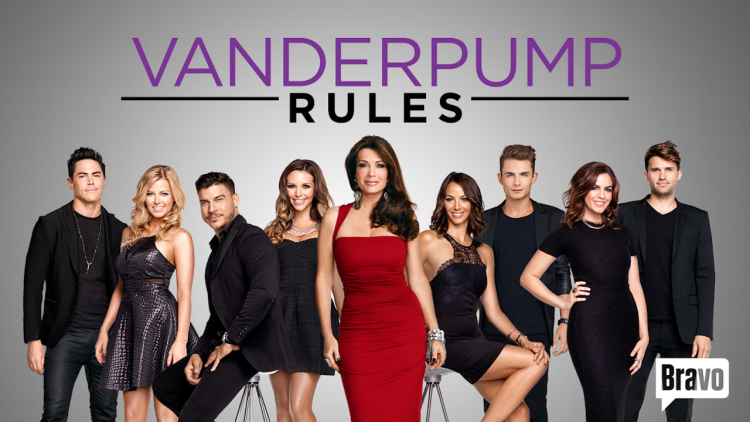 Whatever your thoughts maybe on reality TV, there’s no denying the fact that ‘The Real Housewives of Beverly Hills’ is a bona fide phenomenon. Not only show aired nine seasons since its debut in October 2010, it also spawned a spin off show titled ‘Vanderpump Rules’, featuring British restaurateur and real housewife Lisa Vanderpump and the day to day activities at her upscale SUR Restaurant & Lounge in West Hollywood, California. Vanderpump owns several popular establishments besides SUR including The Shadow Lounge in London, Villa Blanca in Beverly Hills, California, and more.

‘Vanderpump Rules’ first debuted in January 2013 and is currently in its eighth season, having aired nearly 150 episodes since then. The show follows ‘Dancing with the Stars’ and ‘The Real Wives of Beverly Hills’ star Lisa Vanderpump and the staff of SUR restaurant. This includes Kristen Doute, Katie Maloney-Schwartz, Tom Sandoval, Stassi Schroeder, Scheana Shay, Jax Taylor, and Tom Schwartz as part of the main cast, with several other recurring and guest characters throughout the seasons. If you were wondering where this culinary themed slice of reality is filmed, read on to find out everything we know.

Where is Vanderpump Rules Filmed?

‘Vanderpump Rules’ is a reality show that depicts follows the lives of many staff members at the SUR restaurant in West Hollywood, Los Angeles County in California. As you would expect for such a show, the majority of the filming is done on location at SUR restaurant, often within the operating hours of the restaurant.

However, ‘Vanderpump Rules’ doesn’t limit itself to following the stars only while they’re on the clock; the show also depicts the gang out and about the Los Angeles area and even beyond. These locations include other restaurants, bakeries, posh hotels, night clubs, bars, tattoo parlors and more.

The primary filming location and the place where the bulk of the action in ‘Vanderpump Rules’ takes place is one of Lisa Vanderpump’s own restaurants – SUR over at North Robertson Boulevard, West Hollywood, California.

On the days filming is set to take place at SUR, a notice of consent is placed outside the restaurant that dictates the rules a customer is bound to should they choose to dine at the same time as the shoot. These rules include permission for the show to use the customer’s “name, voice, and likeness” as well as prohibiting any photography and filming on premises and forfeiture of the right to claim for damages.

Back in 2013, a customer also managed to sneak a picture of the filming at SUR restaurant:

Had dinner at Sur tonight and they were filming Vanderpump Rules for Bravo. So cool! pic.twitter.com/sTq3Lf1A6N

While the majority of the filming for ‘Vanderpump Rules’ takes place at the SUR Restaurant, the cast also regularly visit numerous locations across town. Other places where the show has filmed include Alcove Cafe and Bakery at Hillhurst Avenue, Los Angeles; Berlin Currywurst at Santa Monica Pier, Santa Monica; Body Electric Tattoo at Melrose Avenue, Los Angeles; Couture at North Cahuenga Boulevard, Los Angeles, and many more.

Very occasionally, ‘Vanderpump Rules’ also films in locations outside of California, including the Andaz Mayakoba Resort Riviera Maya when the gang is on a group tour to Mexico in Season 6 and the Hard Rock Hotel and Casino in Las Vegas, Nevada where Stassi celebrates her 24th birthday with the crew in way back in Season 1.

‘Vanderpump Rules’ star Brittany Cartwright, who has been a mainstay since Season 6, posted this picture while vacationing in Cabo San Lucas, Baja California Sur in Mexico: