The Shocking True Story Behind Veronica? 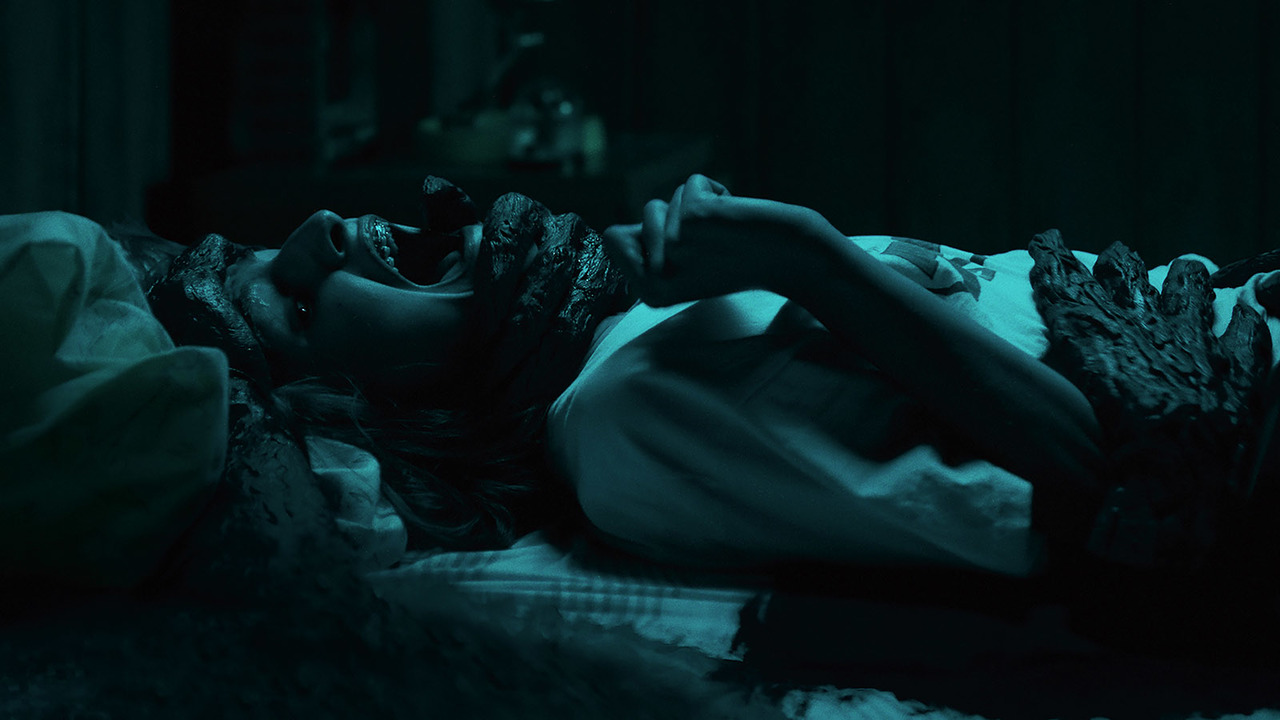 ‘Veronica’ is a 2017 Spanish horror film that can be regarded as one of the most bone-chilling ones in recent years. The movie follows the titular character who decides to use an Ouija board during a solar eclipse. She wishes to summon her dead father’s spirit. However, that ends up bringing a series of ghoulish nightmares on her. The film, directed by Paco Plaza, was screened at the 2017 Toronto International Film Festival. It can be watched on Netflix.

Is Veronica Based on a True Story?

To begin with, most people would assume that ‘Veronica,’ like most horror movies, is based on a fictional story. However, it is actually based on true events, making the movie much scarier. The movie’s story has been loosely inspired by (reportedly) the first-ever police recorded case of an occult incident. The film is based on the chilling true story of Estefania Gutierrez Lazaro, a Spanish girl who experienced strange circumstances in the early 1990s.

Just like the movie, her troubles began with an ouija board. However, in the movie, the protagonist is depicted to be attempting to summon her dead father’s spirit. However, Estefania’s father had been alive throughout the whole true incident. She had been trying to use the Ouija board to summon the spirit of one of her friends’ boyfriend, who had died recently. In both the movie and the true story, Estefania and Veronica use the Ouija board with two of her friends. In the film, one of Veronica’s friends wanted to summon her dead boyfriend’s spirit, similar to the true story.

In the movie, the Ouija ritual gets stopped when Veronica becomes unresponsive. However, in Estefania’s case, the ritual was stopped by a teacher. Eerily, the friends reported seeing a bizarre smoke being inhaled by Estefania.

Soon, Estefania’s troubles began. She started suffering from seizures and hallucinations. This part is largely fictionalized in the film for creative purposes. However, it is hard to tell how much of Estefania’s troubles were a result of psychological issues and how much was “real.” It is something that is still passionately discussed by occult theorists. A Reddit theory suggests that Estefania’s experiences were a result of hallucinations due to Carbon Monoxide poisoning:

In the movie, Veronica is shown to have died while battling a demon. However, in real life, Estefania died in a hospital. One similarity between the real story and the movie is this: Veronica (movie) realizes that she has been harming her siblings due to being possessed by a demon. In real life, Estefania actually attacked her younger sister, Marianella, who was found on the floor with foam coming out of her mouth. Apart from that, mysterious noises, appliances turning on and off, and other strange events had been reported.

In reality, Estefania was taken to the hospital after an attack of catalepsy. She died there, unlike the movie. The cause of her death was reported to be “sudden and suspicious.”

However, that is not where the true story ends. After Estefania’s death, her family started to experience chilling things in their house. There were reports of glass breaking for no reason, screaming voices of Estefania from her room, Esetfania’s mother feeling as if somebody was touching her feet and hands in her sleep, Estefania’s siblings having their wrists violently slammed on the wall. Then, one day, one of Estefania’s photo frames caught fire mysteriously, burning her face. Nothing around the frame was on fire. This incident was emulated in ‘Veronica,’ when a detective watches Veronica’s photo catch on fire.

The police detective entering Veronica’s house is also based on true events. Estefania’s parents had actually called the police. The police had actually entered their house, noticing strange things. They had heard a boulder noise (nothing emanating that sound was found), the burning photo, an armoire door bursting open for no reason, loud banging noises, etc. The call placed by Estefania’s parents is mimicked in ‘Veronica’ at the start of the film. However, in the 2017 movie, the call is depicted to be related to Veronica’s death. In reality, the call was placed a long time after Estefania’s death.