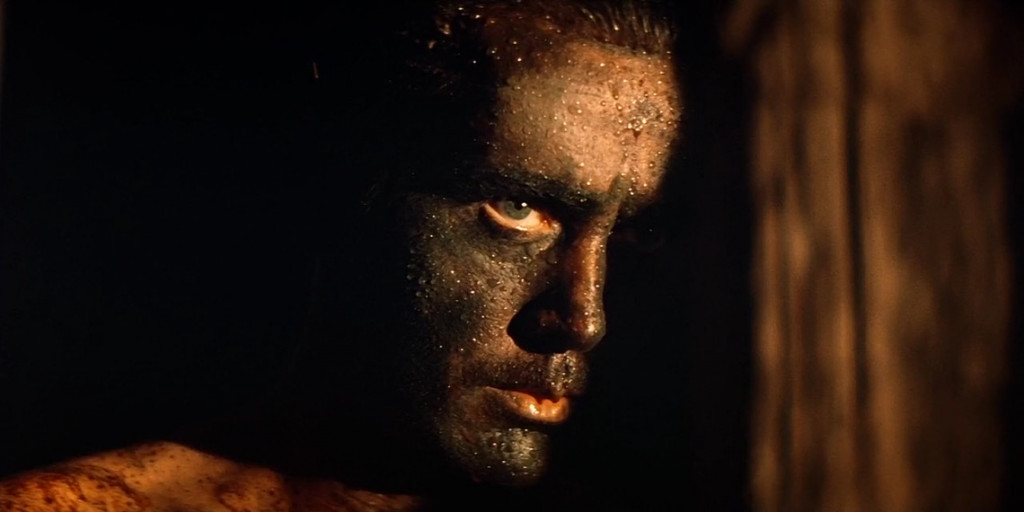 “Some folks inherit star spangled eyes/ Ooh, they send you down to war, Lord/ And when you ask them, “How much should we give?/ Ooh, they only answer “More! More! More!” 50 years later, John Fogerty’s powerful voice vehemently opposing the Vietnam War still gives us goosebumps. During the 1960s, while America was engaged in battle with the guerrilla armies of Vietnam, the government was facing severe opposition at home. A new counterculture was brewing in the country. A culture led by the youth from the frontline. And they demanded answers. They wanted to know why thousands of their peers were being drafted into the army against their will and made to fight in a country of poor farmers thousands of miles away. Later, when The Washington Post released the Pentagon Papers, it was clear that America kept on fighting just because of their pride. 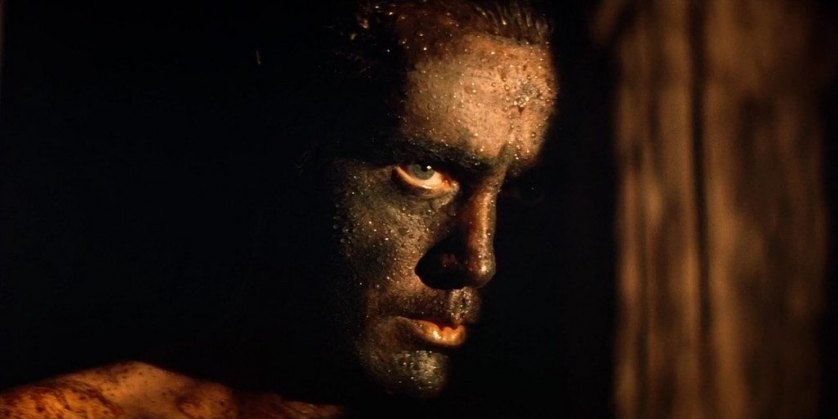 As the war in Vietnam claimed lives by the thousands each week, the American youth expressed their disgust through poetry, songs, protests, and petitions. The director of ‘Apocalypse Now‘, Francis Ford Coppola, was deeply influenced by these things he saw happening all around him. He was angry, and it was this intense rage that led to the creation of one of the greatest pieces of cinematic art, ‘Apocalypse Now’. Coppola’s main inspiration behind the story of ‘Apocalypse Now’ was the Joseph Conrad book ‘Heart of Darkness’. The premise, in short, goes something like this: Captain Benjamin L. Willard (Martin Sheen) is a soldier of the United States Army posted in Vietnam. His seniors inform him that one of their high-ranking soldiers, Colonel Walter E. Kurtz (Marlon Brando), has gone rogue and has created a sort of cult with a few South Vietnamese/Cambodian tribals and now has built a haven for himself deep inside a jungle. Willard’s objective is to find him and “terminate” Kurtz with “extreme prejudice”.

Soon after the movie starts, we see a shot of the deep forests of Vietnam and American helicopters dropping bombs on them. In the background plays the song “The End” by The Doors. This harrowing scene sets up the mood for one of the grittiest war films ever made. And as they say, all great war movies are anti-war movies. With a small troop, Willard travels to the heartland of Vietnam. As they need to go further up the river, they meet with another war veteran, Lieutenant Colonel Bill Kilgore (Robert Duvall), and he helps them get on their way. Kilgore is the sort of character who thrives on war. He does not need a reason to kill. He just enjoys it. As his helicopter bombs the hell out of the Vietnamese farmers, he merrily talks about surfing. Kilgore, very famously says, “I love the smell of napalm in the morning”. He is the example of the ultimate depraved soul. He is a sadist, who thrives on causing harm. 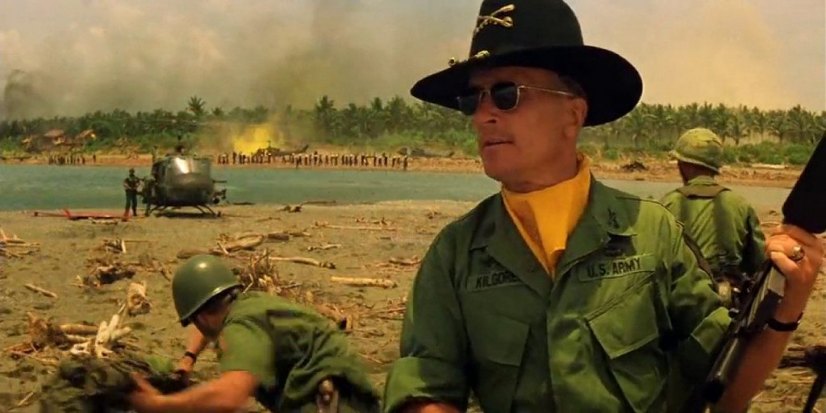 The horrors of war are such that most soldiers indulge in taking drugs. None of them, except a select few like Kilgore, really want to be there. The purpose of our central character is the biggest irony of the film. Five people have been sent out on a mission to kill a single man inside a jungle. There is hardly any chance that they will return alive. Then why waste lives and money on finding some former high-ranking official? Does he know some precious secret that would harm America’s image? There’s no answer. Because soldiers just obey, they don’t ask questions. They are mere pawns in the battle who are just there to offer their lives and services. As their journey progresses, the group becomes more disenchanted with reality. They take a journey inwards, inside their hearts, and maybe realize the futility of it all. They realize they will die in the name of their country but no one will remember them — their existence is futile.

There is a very important scene in the film which highlights the absurdity that the war has become. When Willard and his team stop by to spend a night with a supply camp of the US Army, a helicopter lands with a couple of Playboy bunnies who put up a show for the soldiers. Seeing these stunning models, the soldiers cannot control themselves. They start hooting, screaming, and acting in a way which is far from what is expected of a soldier. Some even cling on to the helicopter when it finally goes. There is irony and despair written all over this scene. None of those soldiers want to be there that night. They want to be home, and they want to finish the battle so that they can go home. And they are extremely frustrated right now and need just any moment to blow off some steam. 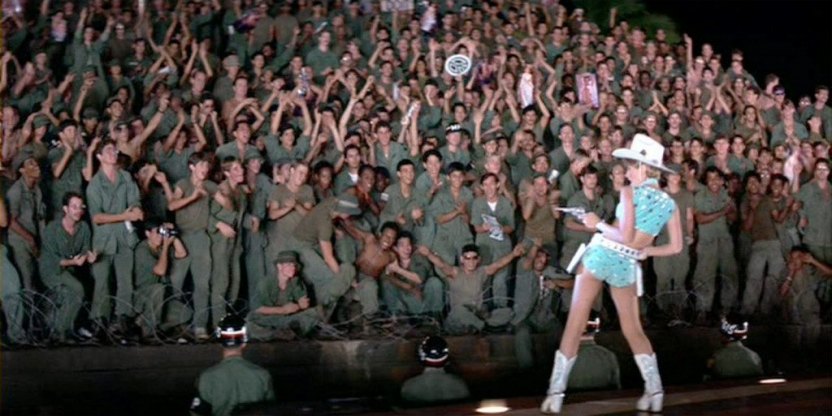 Coming back to the story, we see that the group has finally managed to reach Kurtz’s haven. They are taken prisoners by Kurtz’s men and Willard is taken to Kurtz on a night when a water buffalo sacrifice is scheduled to take place. Kurtz allows him to move about freely. Finding his opportune moment, Willard kills Kurtz with a machete and seizes all the documents the man had and quickly leaves the place. We have a doubt as to whether the documents were, in the first place, the reason for the entire journey. War and the horrors of it make men lose their sanity. It renders them unable to function in the regular world. Even when we saw Willard in the very first scene, he was drunk, dancing and punching the mirror — trying to feel something, basically. War had made him so numb that he had forgotten what it was to feel human emotions.

‘Apocalypse Now’ is widely regarded as one of the best movies of all time. When the film was being made, Coppola went through another troublesome journey of his own. You can check out the making of this movie in the documentary, ‘Hearts of Darkness: A Filmmaker’s Apocalypse’ made by his wife Eleanor. ‘Apocalypse Now’ earned Coppola his second Palme d’Or award. He had received his first one in 1974 for the film ‘The Conversation’. Coppola is one of the eight filmmakers in history who has managed to win two Palme d’Or awards.