In April 2015, Vince Viafore and his fiancée, Angelika Graswald, planned a kayaking trip in the Hudson River, New York. But the adventure turned into horror when Vince’s kayak capsized during turbulent weather, leading to his death. ABC News’ ‘20/20: Mystery on the Hudson’ delves into the investigation that ensued and why the authorities suspected Angelika had something to do with her partner’s death. So, if you’re curious to find out more, we’ve got you covered.

How Did Vince Viafore Die?

Vincent Alexander Viafore was a New York native born in August 1968. After graduating high school in 1986, he had a fruitful career with the New York State as a project manager in the construction department. Vince was a fun-loving guy who was a great cook and enjoyed the water. The 46-year-old met Angelika, a Latvian native, in September 2013, getting engaged months later. They had been living together in Poughkeepsie, New York, at the time of the incident.

On April 19, 2015, Vince and Angelika were to kayak from Plum Point to Bannerman’s Island on the Hudson River. The couple began their trip at around 4:15 PM. However, the two decided to turn back with the weather playing spoilsport. At around 7:40 PM, Angelika called 911, stating that Vince’s kayak had overturned, leading to him falling into the river. He didn’t have a life vest and, as a result, drowned in the cold water. First responders could not find Vince that day and suspended the search. His body was recovered on May 23 in the river about 1 mile from Plum Point.

A few days after the incident, the authorities spoke to Angelika, then about 35 years old. In an interview that lasted close to twelve hours, she initially claimed that the waves that swamped Vince’s kayak were quite strong, leading to it capsizing. However, she also admitted that the kayak was missing its drain plug, leading to water getting in. This, coupled with her initial interview at the scene, led the authorities to believe Angelika had something to do with Vince’s death.

An investigator stated that Angelika talked to him about holding onto Vince’s paddle after the kayak capsized while he pleaded with her to call 911. Another investigator said that Angelika admitted removing the drain plug from Vince’s kayak earlier. During the interview, she claimed that Vince had a controlling nature and asked her to indulge in sexual activities she was not comfortable with. Angelika added, “I wanted him dead, and now he’s gone. And I’m okay with it.”

However, Angelika stated that she just told the police what they wanted to hear during the lengthy interview. She added, “They kept asking me the same questions like a hundred times. And I knew that I was innocent. I was at my breaking point. I just, I had it. So I just gave ’em what they wanted.” Furthermore, Laura Rice, Vince’s sister, said that the relationship between her brother and Angelika wasn’t as happy as it seemed at the outset.

Laura said that Angelika had a temper, further stating that his fiancée not working was a point of contention for Vince. According to Laura, her brother had called the engagement off and planned to end things with Angelika. Furthermore, the authorities believed a financial motive involved because she would get close to $500,000 from two life insurance policies in Vince’s name.

Soon, Angelika was charged with Vince’s murder. The defense claimed that she was not read her rights before her interview with an investigator at the scene. In addition, a kayaking expert said that Vince was not appropriately dressed for the weather, didn’t have a life vest or a wet suit on, and was using the wrong type of kayak. Through tests, the authorities also confirmed that the lack of a drain plug could not be the sole reason for the kayak to capsize.

Where is Angelika Graswald Now?

In July 2017, just weeks before Angelika’s scheduled trial, she agreed to plead guilty to a lesser charge of negligent homicide. Angelika admitted she could have better recognized the risks the couple faced that evening while kayaking in the river. But she always maintained that she didn’t intend to kill Vince. Angelika was sentenced to one and a half to four years in prison in November 2017. In a statement read by her attorney, she voiced her displeasure, saying, “Never would I have imagined waking up one day and finding myself behind bars, charged with murdering the man I love. This entire process has been incredibly difficult for me… I don’t believe I have been treated fairly.” 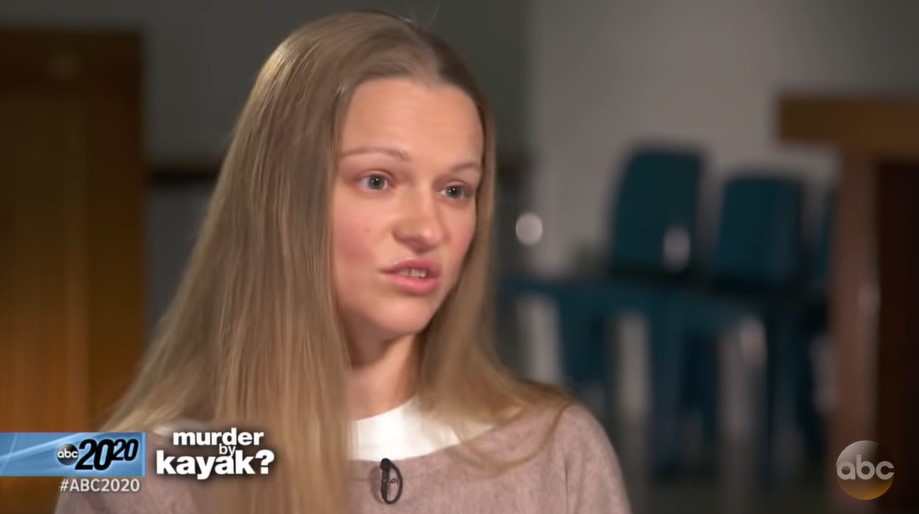 Angelika was released from prison in December 2017 after spending a little over two and a half years in jail with credit for time served. She remained on parole for about sixteen months after her release and faced the prospect of deportation. While Vince’s family believed Angelika killed him, she remained unfazed, adding, “They can say whatever they want. I know the truth, God knows the truth.” Angelika has since moved back to Latvia and has been attending university over there in addition to working for a ministry.