Voices of Our City Choir From AGT: Everything We Know 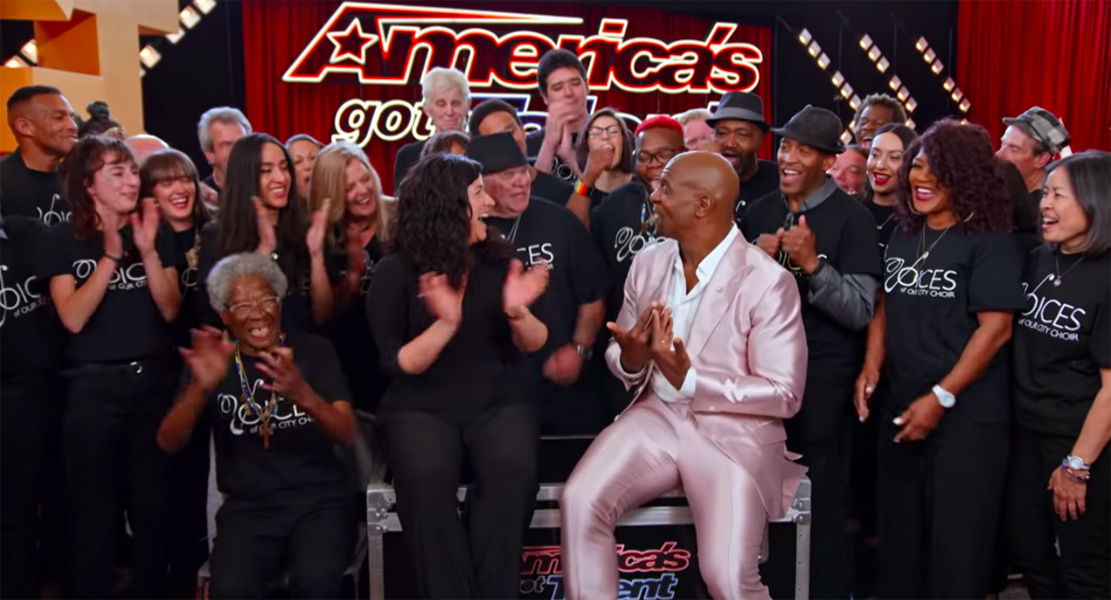 Music can transform lives. Music can heal. Music has the power to make significant things happen. This was plenty evident in the auditions of ‘America’s Got Talent’ Season 15 when the inspirational story of a choir, along with their heartfelt emotionally charged performance, moved host Terry Crews to punch the first Golden Buzzer of the season and sent the choir straight ahead to the Quarterfinals, even before the judges could cast their votes.

Voices of Our City Choir: Where Are They From?

The choir belongs to San Diego, California. The full choir is made up of over 200 singers but only a selected few perform on the AGT stage, along with their founder and director Steph Johnson. Voices of Our City Choir is a nationally recognized non-profit organization that serves to eradicate homelessness.

It all started in 2016 when the removal of 10,000 affordable housing units in favor of upscale condos caused an alarming spike in homelessness in San Diego. It was then that musician and jazz vocalist Steph Johnson began to organize outreach from a local church for the city’s unsheltered. The San Diego unsheltered were invited once a week to gather in the humble church for some singing, dancing, lunch, and human contact.

Who Are Voices of Our City Choir Members?

Homelessness doesn’t differentiate on the basis of caste, race, gender, or age. Nor does the choir. Voices of Our City Choir comprises of over 200 singers, all from diverse cultural backgrounds, different age groups, varying genders. They all have different stories to tell but everyone is joined together in their fight to eradicate homelessness and to spread the healing power of music through their performances.

The choir is not just made up of unsheltered folks. Community members who support the organization’s outreach program are also part of the choir. They have a full band with some of the best musical talents in their city joining them for weekly choir practices. The choir had originally started with 17 members in 2016.

Voices of Our City Choir’s Performances

They sang a spine-chilling tear-jerker of an original song at their AGT audition. The song is titled “Sounds of the Sidewalk” and it forced a very emotional response from the judges and the audience, not just host Terry Crews. For Quarterfinals, the choir again won hearts (and a standing ovation from judge Howie Mandel) with their rendition of 4 The Cause’s “Stand By Me”.

This is the first time the choir has performed on any reality show. They usually do public concerts to do outreach and spread awareness about homelessness. Since its inception in 2016, Voices of Our City Choir has helped over 60 formerly unsheltered people find homes and rehabilitated them. The organization’s slogan reads “Helping San Diego’s unsheltered neighbors reconnect with hope and possibility through the healing power of music”. And that’s exactly what they do.

Read More: Daneliya Tuleshova From AGT: Everything We Know