Walter and Becky Shrout Murders: Where is Clay Shrout Now?

The residents of Boone County, Kentucky, were in for a shock in May 1994 when they discovered Walter and Becky Shrout and their two young daughters brutally murdered in the home. But when the authorities apprehended the culprit soon, everyone was even more baffled by his proximity to the slain family. Investigation Discovery’s ‘Shattered: A Very Bad Day’ delves into the details of the harrowing case and how Walter and Betty tragically lost their lives. Let’s find out more about what transpired that unfortunate morning, shall we?

How Did Walter and Becky Shrout Die?

Walter and Becky Shrout were college sweethearts who met as students at Georgetown College, after which they married and started a life together. They had their first-born Clay in their mid-twenties, followed by two daughters, Kristen and Lauren. The family was churchgoing and had an affluent life in their two-story house in Florence, Kentucky. On May 23, 1994, Walter and Becky attended Lauren’s school concert, but it was the last time anyone saw them alive.

On the morning of May 26, 1994, the local police received a sudden call from Ryle High School in Union, and when they reached the Shrout residence, they found Walter, Becky, Kristen, and Lauren lying dead- they all had been shot dead and were lying on or near their beds. At that time, Walter and Becky were 43 and 44, respectively, while Kristen was 14 and Lauren was 12. Moreover, 17-year-old Clay was in school when the bodies were discovered.

Who Killed Walter and Becky Shrout?

Clay Shrout walked into his trigonometry class in school on the morning of May 26, 1994, reportedly accompanying Danielle Butsch, whom he had taken to prom just a few weeks ago. He then told the teacher that some student was carrying a gun, proceeding to pull out a .380 caliber pistol and showing it to him and the class of 22 students. Though it was a small gun, everyone was petrified nonetheless, and then Clay shockingly confessed that he was having an extremely bad day and had killed his family with the same gun around 5 AM that morning.

As Clay held the stunned class at gunpoint, a student cleverly managed to relay to message to Assistant Principal Stephen Sorrell. The latter immediately called and alerted the police and walked down to the classroom, where he convinced the 17-year-old to let him trade places with the rest of the 24 hostages. Luckily, the teenager easily handed over his gun to Stephen, and as soon as the police arrived, he surrendered. While Clay was arrested and put under suicide watch, the police found his family’s bodies in their home, as he had admitted.

Soon, testimonies from the teenager’s classmates and teachers helped the authorities discover why he had chosen to murder his parents and sisters. Clay’s peers stated that he had been struggling with depression for quite a while and allegedly made pipe bombs at home. As per his classmates, he was also upset after his girlfriend rejected him and started using drugs a year ago, which got him into trouble with his parents. Not just that, Clay had brought a stun gun to school the last week, and though he did not harm anyone, it got confiscated by the teachers.

This resulted in Walter and Becky heavily reprimanding their son and forbidding him from driving his pickup truck while the school assigned him 50 hours of community service. Clay’s peers shared that he seemingly grew tired of being constantly blamed and feeling depressed, and his friend Richard Brown confessed that the troubled teen had first called him after killing his family. The 17-year-old had a heavy argument with his father on May 24, 1994, which resulted in him waking up the next morning to kill his parents. Clay took Walter’s gun out of his car and shot his parents in their bedroom; the noise woke up his sisters.

Clay shot Kristen and Lauren in the hallway as he feared that the former would call the police, and when he noticed Walter had survived and was crawling out of the bedroom, he allegedly shot him a second time. He then called Richard before leaving for school, where he was finally arrested. In custody, Clay stated that he killed Lauren because she would have had a miserable life without their parents. Also, he reportedly had a stun gun, a sword, knives, nunchucks, and a BB gun in his possession but never used them for any harm.

Where is Clay Shrout Today? 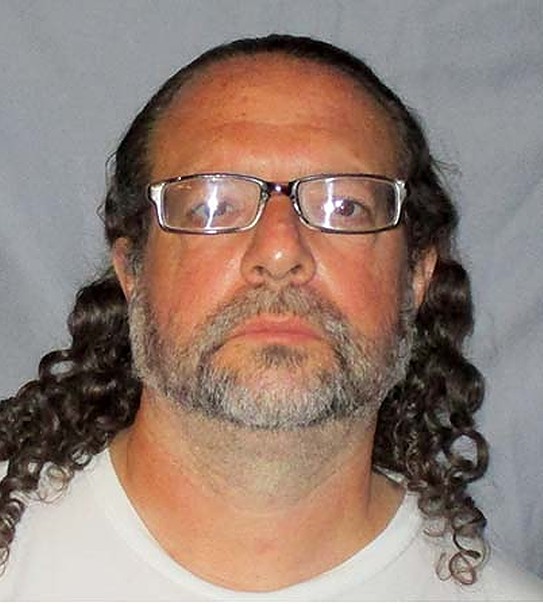 Clay Shrout pled guilty by reason of insanity to the murders of his parents and sisters, as the judge declared him mentally ill. As part of his plea deal, the charges against him for holding the class hostage were waived, and in 1995, he was sentenced to life in prison. He applied for parole in March 2019, claiming to the board that his mother had allegedly abused him sexually during childhood and that his father was aware of it. Furthermore, he expressed his remorse over his actions and shared his struggles with mental health issues from a young age.

The board denied Clay parole due to the seriousness of the crime, the weapon, as well as drug and alcohol abuse. He was ordered to seek mental health and anger management counseling before his next parole hearing in May 2029. Clay is currently incarcerated at the Kentucky State Penitentiary in Eddyville, Kentucky.