Walter Mercado’s Death: How and When Did He Die? 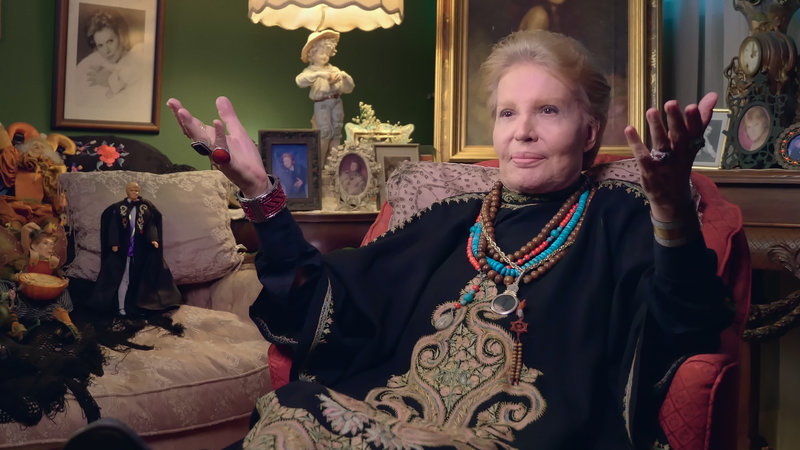 Netflix has enjoyed the success it gets from making documentaries about eccentric characters, and ‘Mucho Mucho Amor: The Legend of Walter Mercado’ is another such film. It takes an affectionate look at the life and career of the eccentric and transgressive astrologer, who gained a huge fan-following from appearing on our television screens and motivating us about our future and our horoscopes.

Who Was Walter Mercado?

Born at sea on a ship traveling from Spain to Puerto Rico on March 9, 1932, Walter was the son of José María Mercado, from San Germán, Puerto Rico, and Aída Salinas from Catalonia, Spain. From early childhood, he knew he was different, instead of going out to the farms like his brother, Henry, and their father, Walter preferred to stay at home and read or help out his mother. He was shy, he was insecure, but he was a dreamer who believed that he was spiritually gifted, therefore, he worked hard to form a personality that would ensure fame.

Walter attended university where he majored in pedagogy, psychology, and pharmacy. He was interested in learning about the human mind and the healing properties of living creatures, but more than that, he was interested in helping others. Hence, he honed his skills so that he could teach and then reach a wider audience. Along with this, back in the 1950s when art was taking over Puerto Rico, Walter came into the entertainment industry as a dancer and actor.

With knowledge of both classical and ballet dancing, he became one of the most prolific dancers in the country and even started getting roles in telenovelas. It was during one of the promos for the latter that his astrological and spiritual knowledge was put forth in front of the world. And then, his career took off. Walter made sure that his looks were such that they would harvest attention, but it was his positive speaking that made people stay. The heavily decorated costumes and capes, the make-up, and the feminine nature of his being all played a part in his attraction.

From Puerto Rico to the whole of Latin America to Europe and then finally to the United States of America, Walter conquered everything. Even if people didn’t believe in astrology or religion, they believed in Walter Mercado, and that’s all that mattered. For Walter as well, he didn’t view his career as a part of a business or industry, he genuinely was an artist who wanted to help others, which he knew he could, and that is why, when he got turned into a business by his manager and friend, Bill Bakula, his health started deteriorating.

How Did Walter Mercado Die?

After Walter and Bill Bakula’s company Bart Enterprises International ended their court battle over the rights of Walter Mercado’s name, his image, his likeness, and his past and future ventures, Walter suffered from a heart attack. Three of his arteries had been blocked, so he had to be flown to the Cleveland Clinic, in Ohio, for medical attention. At that point, it didn’t seem like he would make it, but fortunately, he did. He said that he had seen death and come back to life again.

However, age was catching up with him. Walter Mercado’s energy was at his highest when he was in front of the camera or “his people,” his fans, but his physical form wouldn’t let him do the things he had wanted to do. In 2019, he had the opportunity to perform in an exhibit for him at the HistoryMiami Museum, but a week before that he slipped and fractured his pelvis, his rib, and a small part of his spine.

Three months after that, on November 2, 2019, at the age of 87, Walter Mercado passed away from kidney failure, at the Auxilio Mutuo Hospital in San Juan, Puerto Rico. He was surrounded by all his family and loved ones. But, as he said, he is more than just a physical being, he is a force of nature whose message of love and peace, along with his spirit would remain eternal.