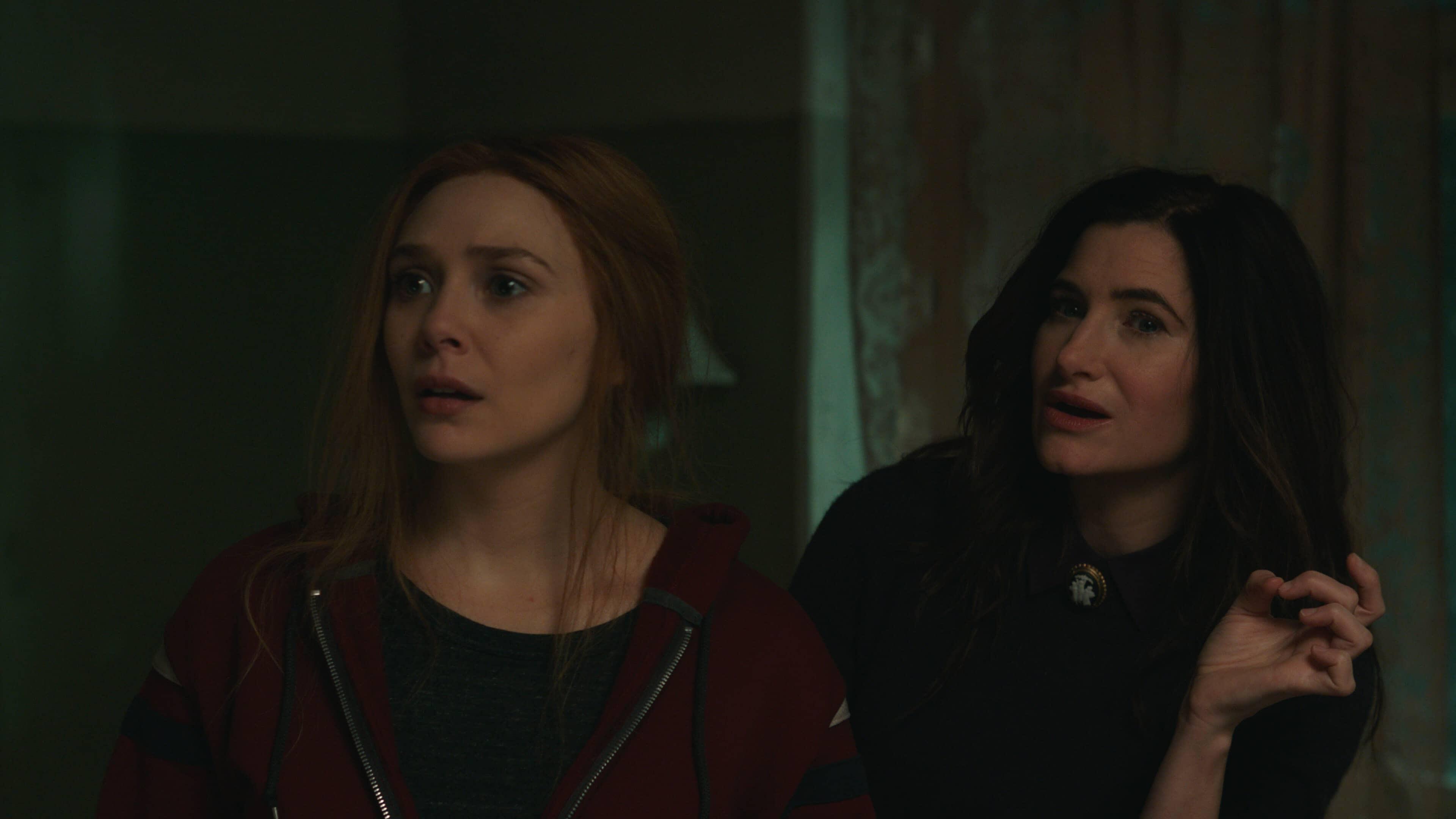 Episode 8 of ‘WandaVision’ finally delivers to us the truth. It unfolds as an origin story of Wanda and details the developments behind Westview’s reality. The multiple theories and speculations entailing the series’ previous episodes finally come to a conclusion of epic proportions. Some events that we believed to be facts are turned into a fallacy. The narrative of ‘WandaVision’ is unlike anything that has been attempted in the MCU.

The creators have used the episodic format to create a layered narrative that constantly pushes the viewers to ask questions. The narrative introduces us to a new character who takes us through Wanda’s past and the events that led her to create the powerful hex. On the other hand, what we considered Vision’s reality is far different from the actual events. So, without further delay, let us delve into the details of the episode. SPOILERS AHEAD.

Agnes is revealed to be a powerful witch who is centuries old. The episode starts in 1693 in Salem, Massachusetts. Agatha is a part of a witch’s coven, and it seems that she has experimented with dark magic beyond her permissible boundaries. The coven, which includes Agatha’s mother, tries to restrain Agatha and probably eliminate her. Agatha is too powerful to be contained and ends up sucking the life force out of her captors.

In the present reality, Wanda faces Agatha in a basement protected by magical incantations and ruins. Wanda’s magic doesn’t seem to work on Agatha — the old witch wants to know more about Wanda’s power and how she managed to create an alternate reality. Agatha reveals that she had cast a fake Pietro to gain further insight into Wanda’s situation. She then casts a magic spell that allows her and Wanda to relive the latter’s past.

It is revealed that Wanda grew up watching sitcoms which perhaps influenced her creation of the Westview reality. A bomb attack kills Wanda’s parents, but both of the siblings are unhurt. Essentially, Wanda displays magical powers from her childhood. In her adulthood, she volunteers for a Hydra experiment, where she comes face to face with the mind stone–the powerful object seems to be drawn to her presence. We visit the Avenger’s facility where Wanda and Vision bond together with a sitcom playing on the television.

After the events of ‘Avengers: Endgame,’ Wanda tries to retrieve Vision’s body from the S.W.O.R.D facility. Hayward doesn’t allow her to take the android as it is dismantled for research. Wanda leaves the compound and heads off to Westview, New Jersey. In the end, a startling revelation awaits us as we find the true extent of Wanda’s powers.

WandaVision Episode 8 Ending: Who is the Scarlet Witch?

Agatha Harkness controls Wanda’s twins, Billy and Tommy, as she literally keeps them on a magical leash. Wanda is furious at this situation and tells Agatha to leave the kids. Agatha says that Wanda is too dangerous since she has the power of spontaneous creation, translating into Chaos Magic. Wanda is an entity called the Scarlet Witch, one of the most powerful beings in the magical realm. 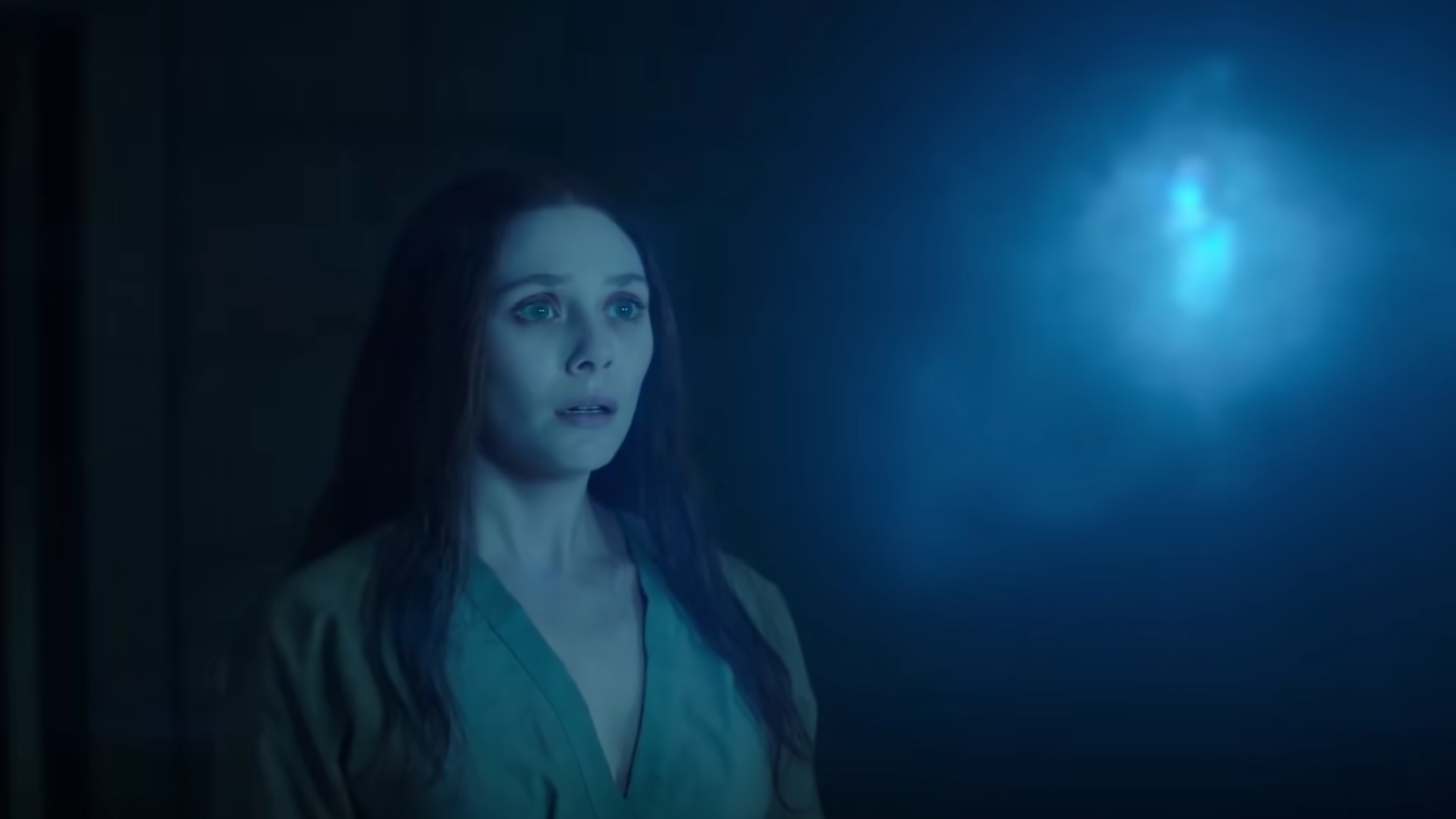 Now, Agatha is a grand old witch in her own rights. She is able to take down a coven which includes her own mother — the matriarch of the group. Agatha wants to delve deep into Wanda’s origin and has been manipulating the developments since the beginning. It shows her great resolve in finding the power source of Wanda’s magic. Her knowledge of magic is prodigious, and it is through her insights that we get to know about Wanda’s reality.

In a scene where Wanda volunteers for Hydra’s experiment, we see the mind stone revealing its true form in front of her. The infinity stone is drawn to Wanda and even shows her a vision of the Scarlet Witch. It can be assumed that the mind stone is not the origin of Wanda’s power but accentuates it to a higher level. Finally, this episode reveals the origin of Wanda’s immense power as she is the embodiment of the Scarlet Witch.

In the post-credits scene, we see Hayward activating Vision’s body through the power source obtained from the drone that absorbed some part of the Hex’s magic. Earlier in the series, Hayward misleads Monica, Jimmy, and Darcy by showing them footage of Wanda storming the S.W.O.R.D facility. We are made to believe that she retrieves Vision’s body, but it is actually a ruse to antagonize Wanda. As it turns out, Wanda could not feel Vision’s consciousness and leaves for Westview. Out of sheer emotion entailing a massive trauma, Wanda spontaneously generates Vision’s body in the alternate reality of Westview. 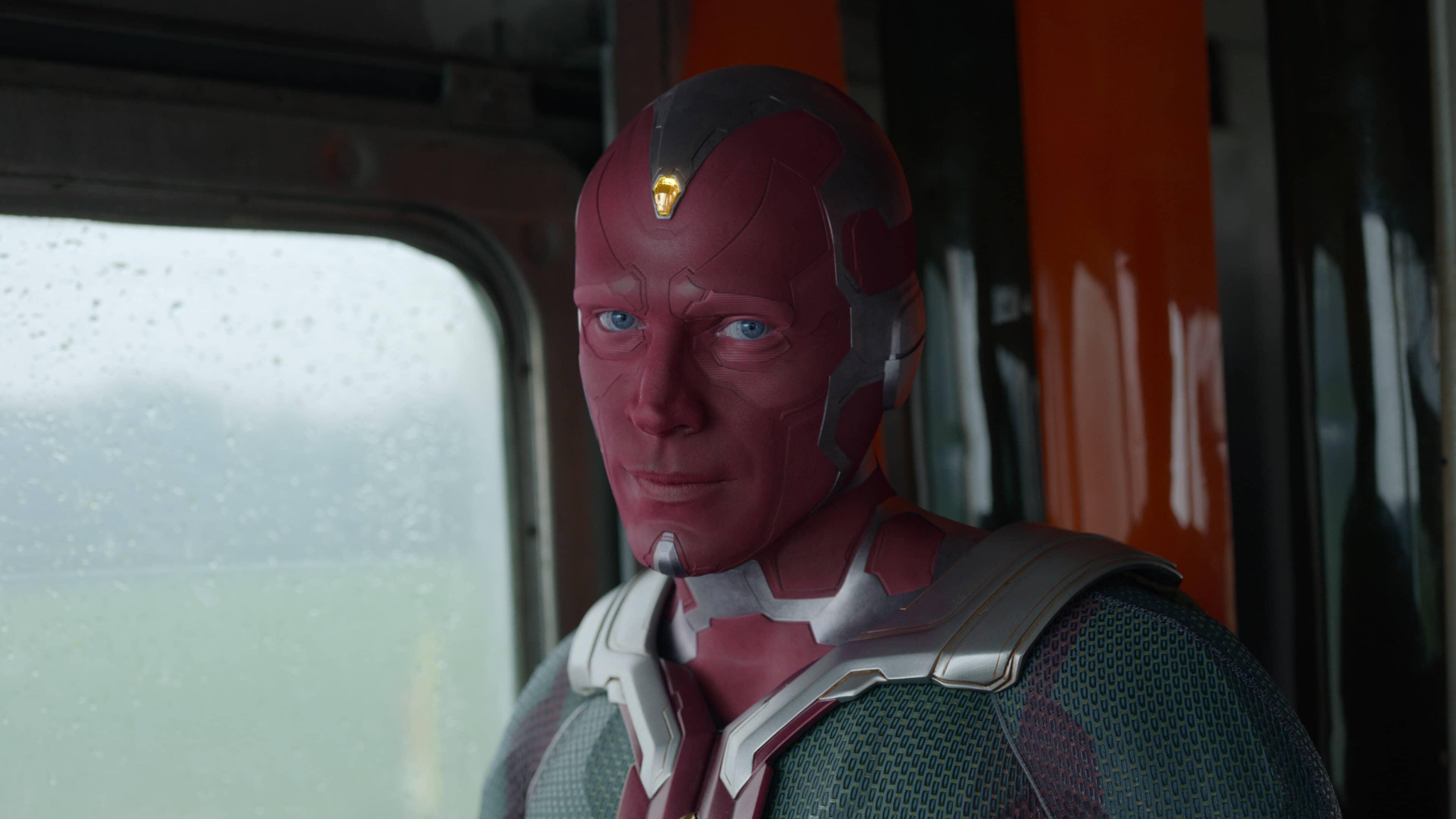 Hayward’s quest was not for Vision’s body but a power supply to activate the synthezoid. Vision is the most powerful sentient weapon, and Hayward manages to recreate the body. In the end, he is able to channelize Wanda’s power to activate Vision’s system. The mind stone is not present on Vision’s body, as the android is starkly different from his previous appearance. As the episode draws to a close, we have with us a trove of truths that streamlines our understanding of the eccentricities in ‘WandaVision.’