Adapted from a comic book series of the same name, ‘Warrior Nun’ is a compelling action drama series. With its wonderful cast and intriguing world-building, the series keeps you at the edge of your seat. Its storyline, although entertaining, is replete with several twists and turns. So for those who had a hard time comprehending its purposefully convoluted plot points and inconclusive ending, here’s a detailed explanation.

Ava, who was once a quadriplegic teen at a Catholic orphanage in Spain, is dead. In the meantime, black-clad warrior nuns enter the crypt where Ava is kept and carry their wounded leader to a table. A shiny halo is removed from the leader’s back just before she dies and that’s when a showdown ensues between the warrior nuns and a group of armed men who try to kill them. As a result, in a desperate attempt to hide the halo, one of the nuns implants it in Ava’s dead body. Moments after this, Ava returns from the dead and is believed to be the “chosen one.”

The nuns are forced to take her under their wing and train her to become their next leader. Lilith, one of the warrior nuns, was previously destined to become the next heir of the halo. Thus, Ava’s possession of it makes her jealous. In the meantime, a beast from hell known as the Tarask keeps emerging time and again to get its hands on the coveted halo. Overwhelmed by all of this, Ava resists her responsibilities as the halo-bearer and tries to live a normal life. But every time she does that, she is drawn back to her true calling. 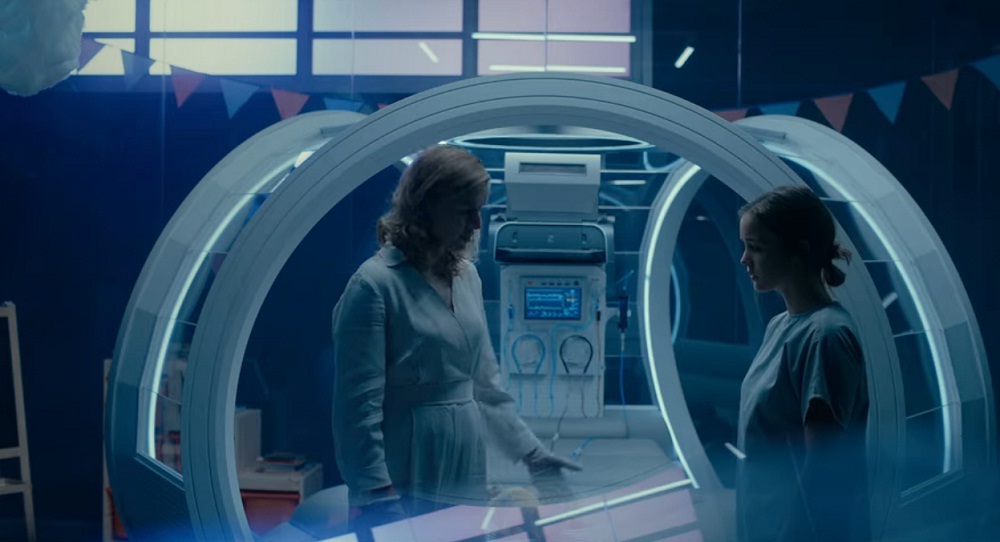 A sub-plot of the series introduces a modern technological company Arq-Tech that harnesses energy from a rare metal known as Divinium. Using this, Julian Salvius, who runs the company, intends to open quantum portals to parallel worlds where eternity is a possibility. The church suspects that Julian is using old Christian artifacts to attain Divinium and create portals to hell. Ironically, even the company’s logo has the devil’s horns in its symbol.

Julian manages to find a way to create these portals. However, she lacks the energy to keep them open for too long. When Ava asks her what she truly intends to achieve out of this, Julian tells her about her sick son who is only alive because Divinium runs through his veins. But knowing that their Divinium supply is limited, Julian intends to find a power source that can help her open up the portal and then move to a parallel world where she and her son can attain eternity.

What Happened to Lilith? 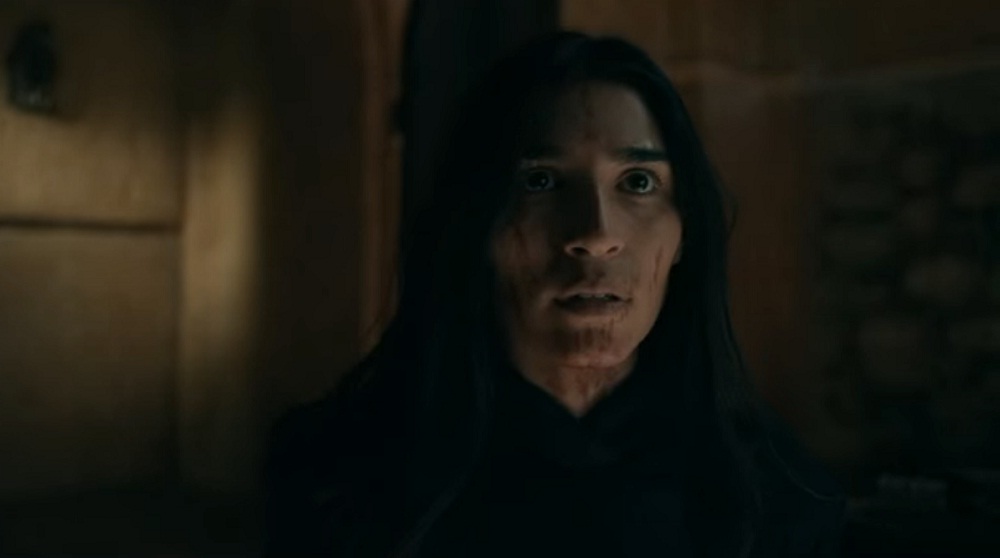 While Ava tries to seek a normal life with her new boyfriend and squatter friends, Mary and Lilith trail her. Lilith’s purpose is to kill her and forcefully acquire her halo as she believes that she is its rightful owner, while Mary’s purpose is to convince her to return to the church. Because of their conflict of interests, Mary and Lilith keep fighting along the way until they run into a Tarask that tries to kill Ava. In an attempt to protect her, Lilith sacrifices her life and disappears with the Tarask. The nuns assume that she’s dead but she returns from hell. As time goes by, Lilith starts turning into something very evil. Nothing much about Lilith’s return is revealed in the first season but it becomes pretty evident that she’s up to no good. She might still have traces of goodness buried deep somewhere, but there’s something dark slowly growing inside her.

The Ending: Who Killed Shannon?

The biggest underlying mystery of the first season is its very first plot point: Who plotted the Divivium attack on Shannon?  Throughout the show’s runtime, Mary suspects that Father Duretti simulated the attack because Shannon’s dominance over the warrior nuns was a threat to his chances of winning the next election. Because of this, Duretti wanted her to be replaced by Lilith as she was completely under his control. Even so, Mary is not able to prove her tall theories until she discovers that there’s a secret alcove in Shannon’s bedroom.

Using her ability to pass walls, Ava is able to retrieve a journal from this alcove, which reveals that there’s a tomb of Angel Adriel beneath Vatican City. This tomb, which now contains his bones, has the power to control demons. But this tomb is protected by extremely thick walls that only a halo bearer can pass using her abilities. And thus, with this, Mary and other nuns conclude that Duretti only wants to gain control over the Halo bearer to be able to cross the walls and acquire the power to control demons. This, in turn, will help him gain control over the faith of the whole world as people will turn to the church when they’ll be haunted by demons.

In the final episode, the warrior nuns break into the Necropolis with the intention of destroying the bones. Ava agrees to use her ability to cross the walls and learns that her true purpose is to free the nuns from the halo that has already killed so many of them. But when she crosses the wall, she discovers that Adriel is still alive. While Cardinal Beatrice becomes the Pope and reveals that he knows nothing about Shannon’s murder or the bones in Necropolis, Adriel gives Ava visions of his past where he first met Areala, the first bearer of the halo. These visions reveal that Adriel never owned the halo and had emerged from the hell followed by several Tarasks.

He had probably stolen the halo from an angel and only embedded it in Areala to protect himself from Tarasks. All of this concludes that Adriel never was an Angel and his tales of bravery that were previously recited to nuns were all manipulated by Father Vincent. It was Vincent’s plan to kill Shannon and then set the nuns on the wrong path of freeing Adriel from his tomb. In the closing moments of the series, a showdown ensues between the nuns and Adriel. He summons his own army through his demonic wrath, but before this fight reaches its conclusion, the season ends.

What Happened to Michael?

The biggest mystery of the season remains to be Michael’s side of the story. In the last episode, Julian’s son Michael disappears into a portal that suddenly opens up in the machine, referred to as “Ark”. Although nothing much about this is revealed, there is some subtle foreshadowing surrounding it. When Father Vincent first comes face-to-face with Adriel, he tells him that the machine has been prepared as planned. The machine he refers to is probably the “Ark” created by Arq-Tech.

Throughout the season, Michael keeps talking about an angel that appears in his dreams. He then draws out what he sees in these dreams and unknowingly, creates the Ark. So the so-called angel who appeared in Michael’s dreams was no one but Adriel. And he was only using him to create a portal for himself to escape into hell—the place where he rightfully belongs.