Was Ed Sheeran in Game of Thrones? Is He in Red Notice? 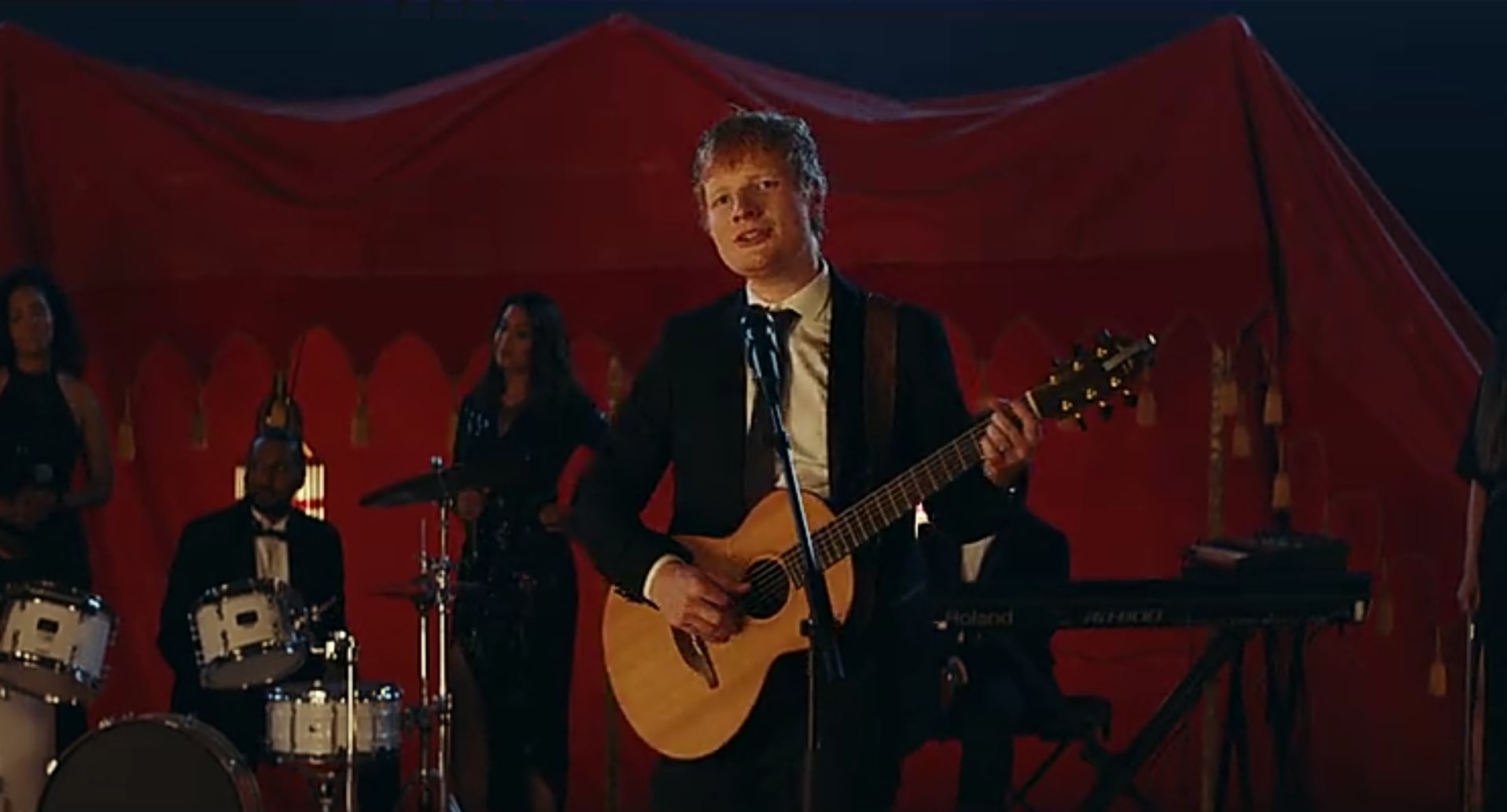 Ed Sheeran is by far one of the most recognizable pop stars in the world today. With songs such as “Shape of You,” “Perfect,” and “Castle on the Hill,” he has turned countless unromantic hearts into a puddled mess of emotions and paved the direction of the music industry as a whole for the next couple of decades. What many don’t know about him is that he is an ardent pop-culture enthusiast. He has a number of cameo appearances in various films and TV shows as himself and minor characters. If you have watched either ‘Game of Thrones’ or ‘Red Notice’ and think that you spotted the singer in some of the scenes, this is what you need to know.

Was Ed Sheeran in Game of Thrones?

Yes, Ed Sheeran was in ‘Game of Thrones.’ He makes a cameo appearance as a Lannister soldier, reportedly named Eddie, in the season 7 premiere episode, titled, ‘Dragonstone.’ As Arya Stark (Maisie Williams) makes her way to King’s Landing to kill Cersei Lannister after poisoning all the male members of House Frey and slitting Walder Frey’s throat, she hears Lannister soldiers singing “Hands of Gold.” She approaches them on horseback and says it’s a pretty song before admitting that she has never heard of it before. Eddie, who has been leading the group’s performance, answers that it’s a new song.

The Lannister soldiers welcome Arya among them. They share their food and wine with her and help the young assassin understand that those she considers her enemies are mostly made up of ordinary people trying to survive in an unforgiving world.

While what Eddie says about “Hands of Gold” is probably true in the show canon, the song is composed in the books by a minstrel named Symon Silver Tongue to blackmail Tyrion Lannister for his clandestine relationship with the prostitute Shae. Predictably, this turns out to be an ill-conceived plan, ending with Bronn killing the singer on Tyrion’s orders.

The show creators organized Sheeran’s cameo to surprise Williams, who has been a fan of the “Thinking Out Loud” singer for a long time. But Sophie Turner reportedly spoiled the surprise by mentioning it during a convention. However, what none of them apparently foresaw is the backlash that cameo would receive from the fans, who felt that seeing an international popstar in their favorite show was jarring and disruptive to the experience. 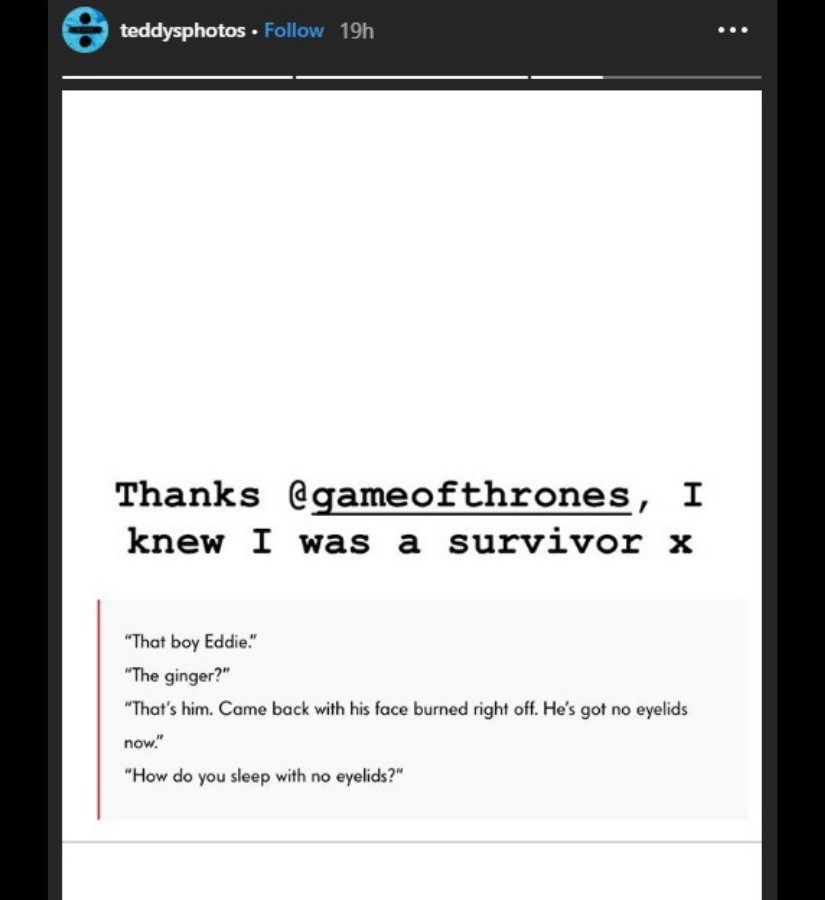 In the season 8 premiere, ‘Winterfell,’ the prostitutes accompanying Bronn speak about a “ginger” Lannister soldier named Eddie, who apparently took part in the Battle of the Goldroad (season 7 episode 4, ‘The Spoils of War’) in which Daenerys Targaryen attacks the Lannister army with her dragon Drogon and the Dothraki horde. According to Bronn’s companions, Eddie’s face has been burned off, and he has no eyelids. After the episode aired, Sheeran took to Instagram to thank the HBO series for keeping his character alive. “Thanks @gameofthrones, I knew I was a survivor,” he wrote.

Is Ed Sheeran in Red Notice?

Yes, Ed Sheeran is in ‘Red Notice.’ He appears as himself performing at the wedding of Cleopatra, the daughter of the Egyptian billionaire who originally declared that he would pay $300 million to the person who brings all three bejeweled eggs of Queen Cleopatra before his daughter’s wedding. Unfortunately, it all turns out to be for nothing. Just as he presents the eggs to his daughter, her attention is diverted by Sheeran, performing as a wedding singer. 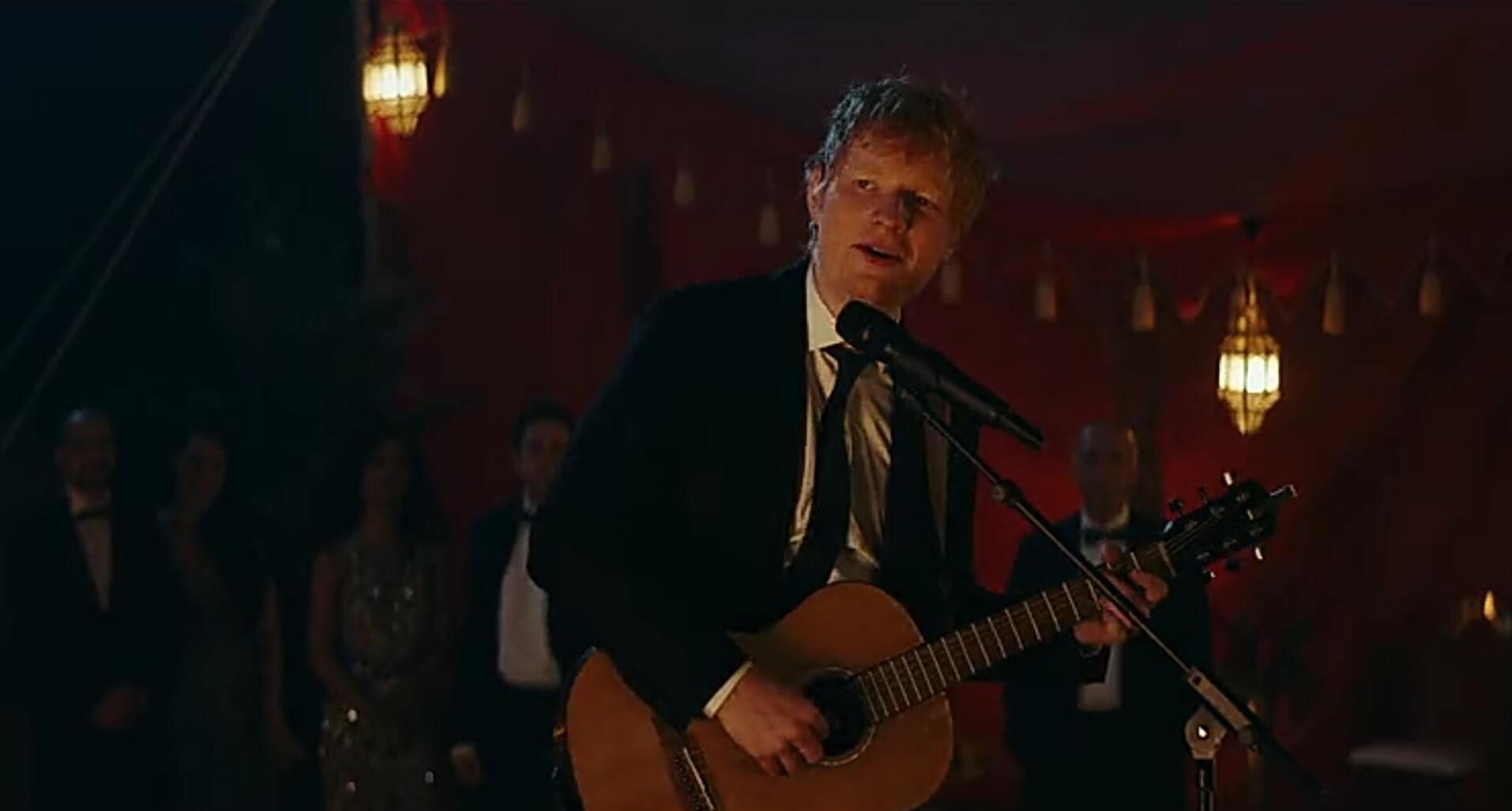 Suddenly, Inspector Das and her team crash the wedding and arrest the father of the bride for keeping Nazi loot. It is revealed that Hartley and the Bishop have double-crossed the billionaire. As the Interpol agents try to take Cleopatra, the daughter, away, Sheeran intervenes and also gets arrested. His indignant shouts that he is Ed Sheeran and that he was in the ‘Game of Thrones’ have no effect on the agents.