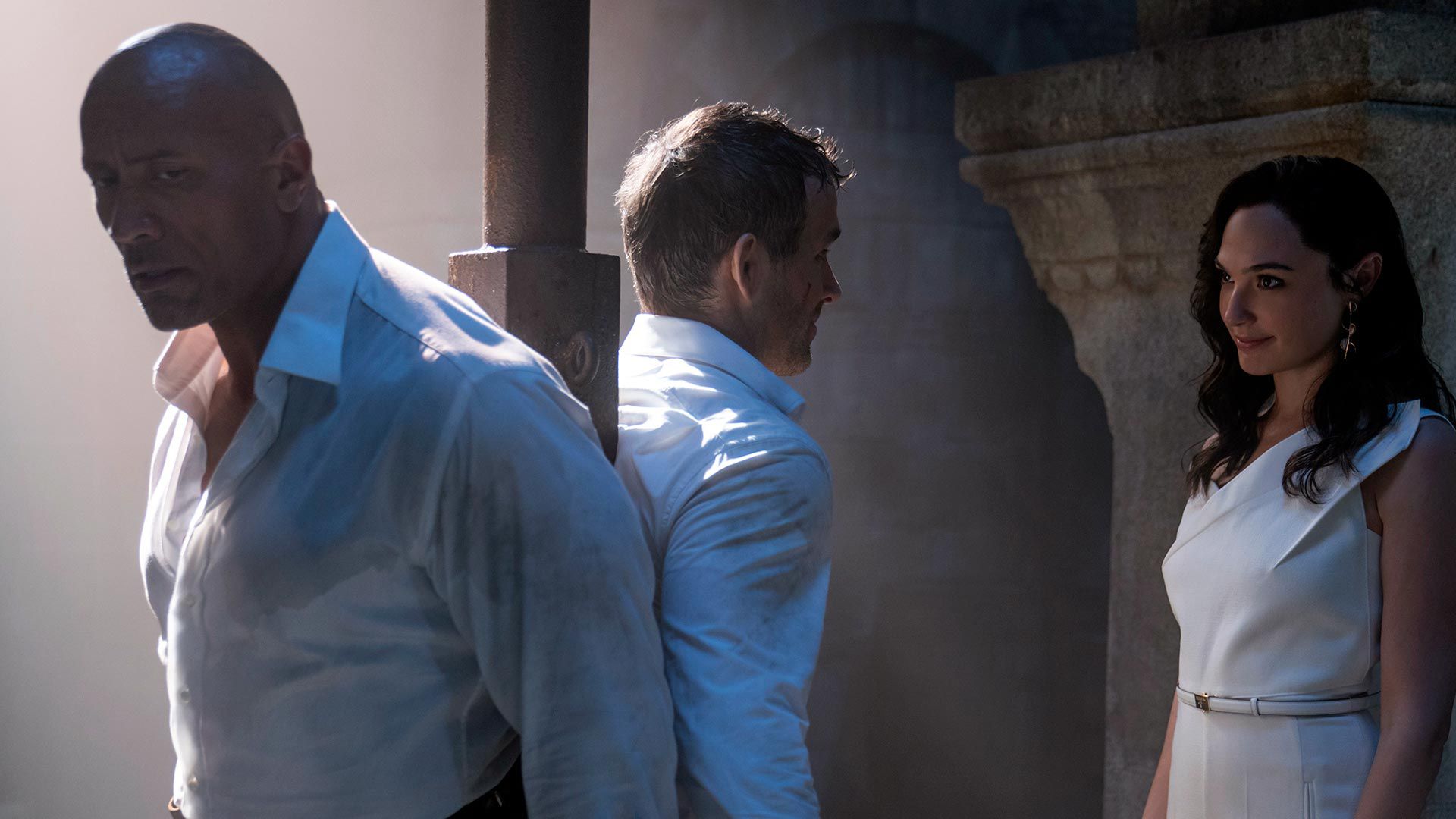 A Rawson Marshall Thurber (‘Central Intelligence’) directorial venture, ‘Red Notice’ is a heist treasure hunt action-adventure film. The story follows competing art-thieves Nolan Booth (Ryan Reynolds) and the Bishop (Gal Gadot) as they try to acquire the legendary bejeweled eggs of Cleopatra. Meanwhile, FBI profiler John Hartley (Dwayne Johnson) embarks on his own mission to supposedly arrest both of them.

However, things soon become complicated, and Booth and Hartley realize that they must put aside their differences and work together to bring down the Bishop, their mutual enemy. If you have watched ‘Red Notice’ and loved it, here is our list of recommendations for you. You can watch most of these movies similar to ‘Red Notice’ on Netflix, Hulu, or Amazon Prime.

The remake of the 1960 namesake Rat Pack film, ‘Ocean’s 11’ oozes with style and creative flamboyancy. It is inarguably one of the greatest heist films of all time. The story revolves around the crew of Danny Ocean, as they attempt to steal more than $150 million from the Bellagio in Las Vegas. Both ‘Red Notice’ and ‘Ocean’s 11’ partly work because of the immeasurable charm of their cast members and the undeniable chemistry between them. Moreover, the heist aspect plays an important role in the narrative of both films.

‘Inside Man’ is a criminally underrated heist film directed by Spike Lee. Denzel Washington stars as an NYC detective, while Clive Owen portrays the opposite, the leader of a group of robbers. The backstories of both ‘Red Notice’ and ‘Inside Man’ are strongly tied to Nazi Germany. While neither film spends more time than necessary on these elements, they play crucial roles in the development of the narrative.

Directed by Frank Oz, ‘Dirty Rotten Scoundrels’ tells the story of Freddy Benson and Lawrence Jamieson, two con artists, and Janet Colgate, the seemingly gullible woman they decide to target for a wager between them. Like ‘Red Notice,’ ‘Dirty Rotten Scoundrels’ is filled with plot twists and unexpected revelations. Just as Booth and Hartley target the Bishop for their individual gain, Freddy and Lawrence pursue Janet for selfish reasons. 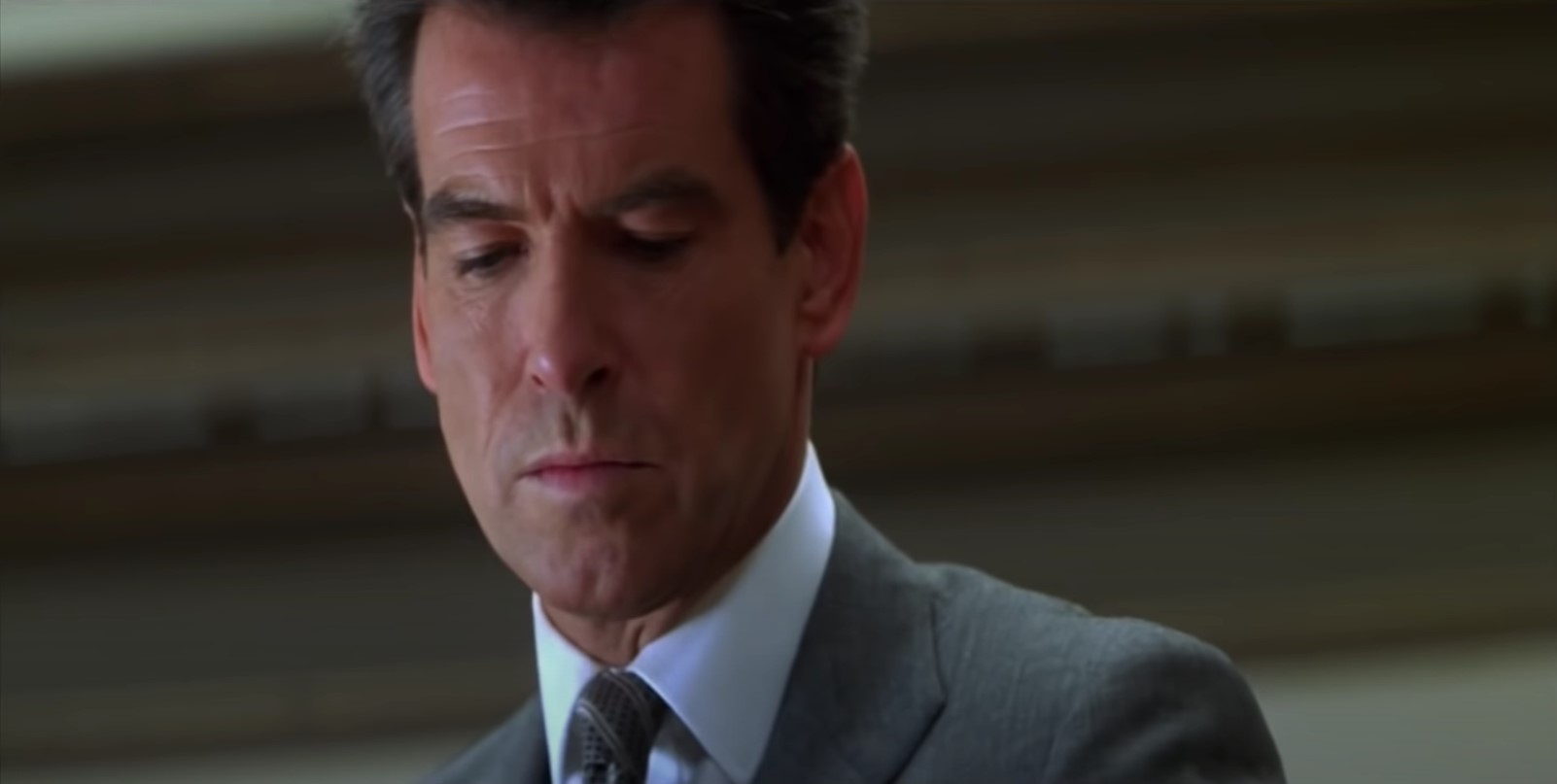 This Pierce Brosnan and Rene Russo-starrer is a remake of the 1968 namesake film with Steve McQueen and Faye Dunaway. ‘The Thomas Crown Affair’ follows the eponymous billionaire art thief, who steals priceless paintings not for the money but the thrill he gets from committing the crime.

This is a personality trait that Thomas shares with Booth and the Bishop. Moreover, just like them, he is infinitely charming, resourceful, and intelligent. Just as Booth and the Bishop are engaged in a cat-and-mouse game with Hartley, Thomas has found a similar adversary in insurance investigator Catherine Banning.

There is something remarkably honest about how ‘National Treasure’ approaches the treasure hunt genre. The film is a love letter to US history. Historian and amateur cryptologist Benjamin Franklin Gates has spent much of his life searching for the mythical treasure that the Knights Templar, Freemasons, and Founding Fathers carefully hid somewhere in America.

Both Booth and Gates have complicated relationships with their respective fathers. Booth’s father’s obsession with the Nazi’s secret bunker in South America helps Booth and Hartley find the third egg. In the same way, Gates inherits the desire to find the national treasure from his father and other ancestors.

‘Army of Thieves’ is an unlikely entry in the ‘Army of the Dead’ franchise. As a zombie outbreak begins in Las Vegas, Nevada, five talented individuals come together in Europe to break into the three legendary vaults designed by locksmith Hans Wagner.

In both ‘Red Notice’ and ‘Army of Thieves,’ there are three primary targets. The backstories of both films are so well-developed that they can easily be misconstrued as real. Like ‘Red Notice,’ ‘Army of Thieves’ is filled with instances where characters double-cross each other, and it becomes quite hard for the audience to glean their true motives.

‘Raiders of the Lost Ark’ marks Harrison Ford’s first appearance as whip-wielding archaeologist Indiana Jones. Since its release, the movie has come to be regarded as one of the greatest films of all time. Like in ‘Red Notice,’ the main narrative’ is deeply rooted in history.

While the main objective in ‘Red Notice’ is to find the three bejeweled eggs of Cleopatra, Jones and the other characters search for the Ark of the Covenant. In both films, German Nazis serve as an important component of the storyline, especially in ‘Raiders,’ where they are the primary antagonists.