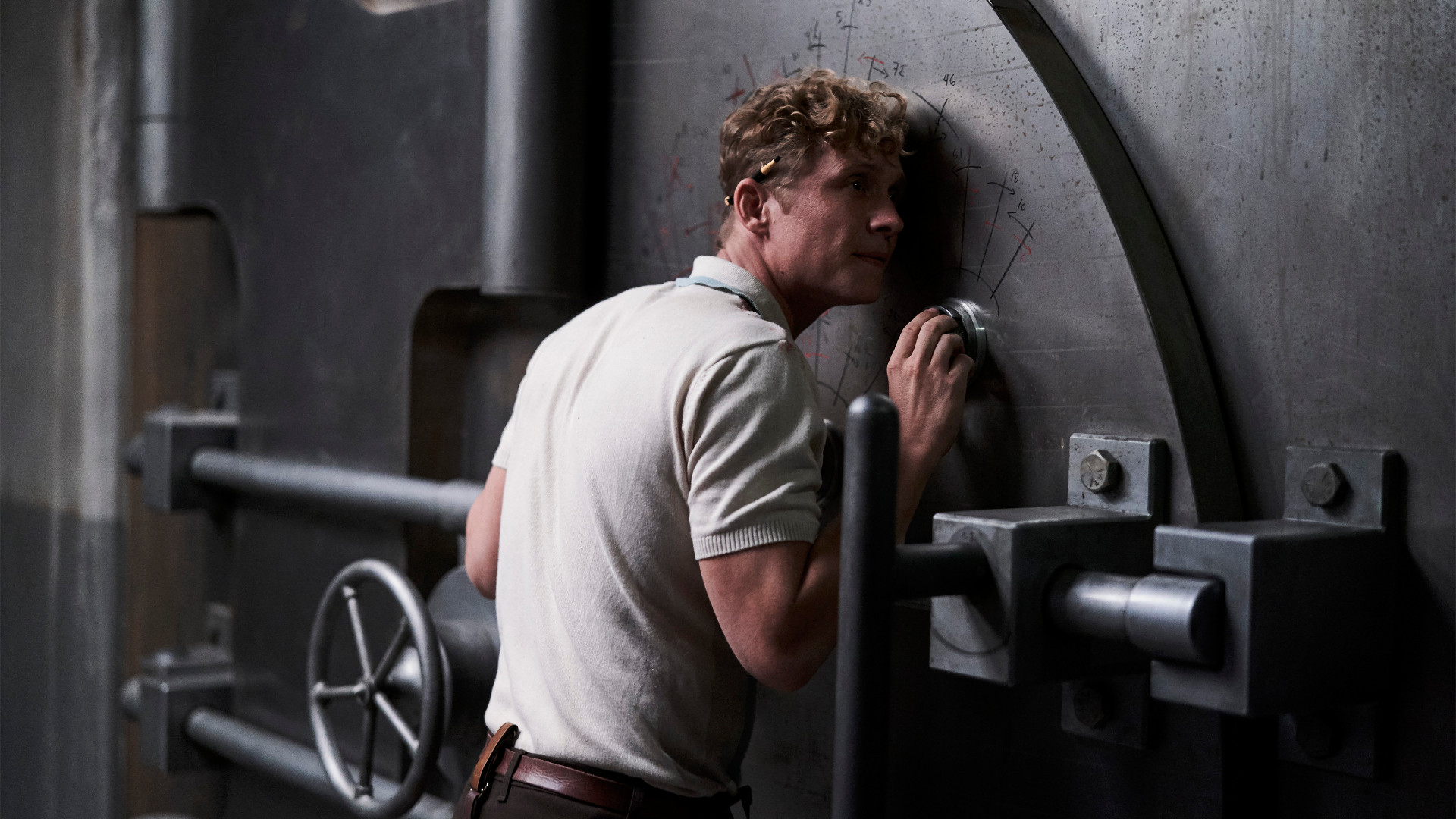 A prequel to ‘Army of the Dead,’ a zombie action-adventure movie directed by Zack Snyder, ‘Army of Thieves’ is a light, fun-filled heist romantic comedy film. It tells the origin story of safecracker Ludwig Dieter (Matthias Schweighöfer), when he was still the demurred bank employee Sebastian.

His life undergoes drastic changes after he meets a mysterious woman named Gwendoline (Nathalie Emmanuel), who introduces him to the world of crime by offering him the chance to crack the three legendary safes built by renowned locksmith Hans Wagner. If you have watched ‘Army of Thieves’ and loved it, here is a list of recommendations for you. You can watch most of these movies similar to ‘Army of Thieves’ on Netflix, Hulu, or Amazon Prime.

‘Tower Heist’ is a comedy heist film that revolves around the frustrated employees of an apartment complex whose pension money is stolen by Wall Street billionaire Arthur Shaw. Josh Kovaks, the manager of the tower, teams up with Darnell “Slide” Davis, a small-time thief whom Kovaks first met when they were both children, to bring down Shaw and get the money back. Both ‘Army of Thieves’ and ‘Tower Heist’ are exceptional comedies that also happen to be heist films. Moreover, the central characters of both films take on powerful, wealthy men with unlimited resources at their disposal.

For all intent and purpose, ‘Baby Driver’ is a more violent version of ‘Army of Thieves,’ though the latter came out about four years after the former. Like Dieter, ‘Baby Driver’s Miles “Baby” is brilliant, extraordinary, and eccentric. He serves as a getaway driver for the crew of robbers led by the enigmatic kingpin Doc.

Baby falls in love with a waitress named Debora and decides to leave the crew, having already paid everything he owed to Doc. However, the latter pulls him right back into the fold when the next opportunity to steal something comes. Both films are good-looking projects with great performances.

If ‘Army of Thieves’ is a heist film set against the backdrop of a zombie apocalypse, ‘Kelly’s Heroes’ uses World War II as the setting. It chronicles the lives of a group of American soldiers who decide to abandon their military duties to find a much-speculated cache of gold. Soon, Kelly, the leader of the American deserters, realizes that they must team up with the enemies if they want to pull off the heist and get away with it successfully. Another thing common between ‘Army of Thieves’ and ‘Kelly’s Heroes’ is that they are both set in Europe.

Just as ‘Army of Thieves’ depicts the early days of Dieter’s career as a master safecracker, ‘Solo: A Star Wars Story’ offers the initial part of Han Solo’s journey to become one of the most notorious smugglers in the entire galaxy. Moreover, an elaborate heist plays a central role in the narrative of both films, and interestingly, they end up grounding the projects.

What sets ‘Army of Thieves’ apart from ‘Army of the dead’ is that it doesn’t focus on the central theme of the older film: zombies. In the same way, ‘Solo: A Star Wars Story’ steps away from the typically larger-than-life tropes of ‘Star Wars’ projects and tells a somewhat realistic tale of crime, romance, and betrayal.

Although it’s part of the Marvel Cinematic Universe, ‘Ant-Man’ has all the makings of a great heist film. It follows Scott Lang, a convicted thief recently released from prison, as he is forced to go back to his old life when he discovers that there are not many prospective jobs available for him. This is when scientist Hank Pym makes him an offer he can’t refuse. Both ‘Ant-Man’ and ‘Army of Thieves’ are brimming with self-aware humor. Furthermore, like ‘Army of Thieves,’ ‘Ant-Man’ brings together two seemingly non-complementing subgenres: superhero and heist.

Arguably one of the coolest films ever made, ‘Ocean’s Eleven’ boasts an impressive ensemble cast, multi-layered plot, and complex characters. It deals with seemingly heavy themes such as romance, greed, and ambition but somehow manages to maintain a sense of levity in its approach. ‘Ocean’s Eleven’ is a remake of the 1960 namesake film and exudes the same suave confidence in storytelling and execution as ‘Army of Thieves.’

The 2003 heist action film ‘The Italian Job’ is also a remake. The original, a comedy caper starring Michael Caine, came out in 1969. The remake depicts an elite group of criminals as they seek revenge against an old comrade after the latter’s schemes result in the death of one member of the group.

In terms of scope, theme, and setting, ‘Army of Thieves’ has quite a few things in common with ‘The Italian Job.’ They also look stylistically similar, and the characters are almost interchangeable. Both films have criminal masterminds, getaway drivers, computer experts, and safecrackers.