It’s a brave new world in the realm of filmmaking. Perhaps one of the cardinal rules of franchise cinema is that the films at least have to belong to the same genre. But with ‘Army of Thieves,’ director and star Matthias Schweighöfer and his collaborators gleefully overlook this and make a stylish and fun-filled heist romantic comedy as a prequel to the dystopic action flick, ‘Army of the Dead.’ The story in the newer film takes place in various locations across Europe in the early days of the zombie pandemic and follows the strange but brilliant man who eventually becomes the hacker extraordinaire Ludwig Dieter (Matthias Schweighöfer). Here is everything you need to know about the ending of ‘Army of Thieves.’ SPOILERS AHEAD.

‘Army of Thieves’ chronicles how the mild-mannered bank employee Sebastian becomes Ludwig Dieter. At the start of the film, Sebastian is morbidly bored with his life and feels trapped in repetitions. He makes YouTube videos about safecracking, but no one watches them. Sebastian is obsessed with genius locksmith Hans Wagner (Christian Steyer) and four legendary safes he built.

One day, Sebastian discovers someone has left a comment under one of his videos for the first time, telling him to put his skills to the test in an underground competition. Intrigued, Sebastian does that and ends up winning the tournament. Soon after, he meets the woman who will change his life forever, Gwendoline (Nathalie Emmanuel). She sweeps him off his feet and brings him to the world of crime. Sebastian meets the other members of the group, master hacker Korina (Ruby O. Fee), getaway driver Rolph (Guz Khan), and the “real-life action hero” Brad Cage (Stuart Martin). The latter’s real name is Alexis, but he has been a life-long fan of Hollywood action films and thought it would be a good idea to rename himself combining the names of Brad Pitt and Nicolas Cage. 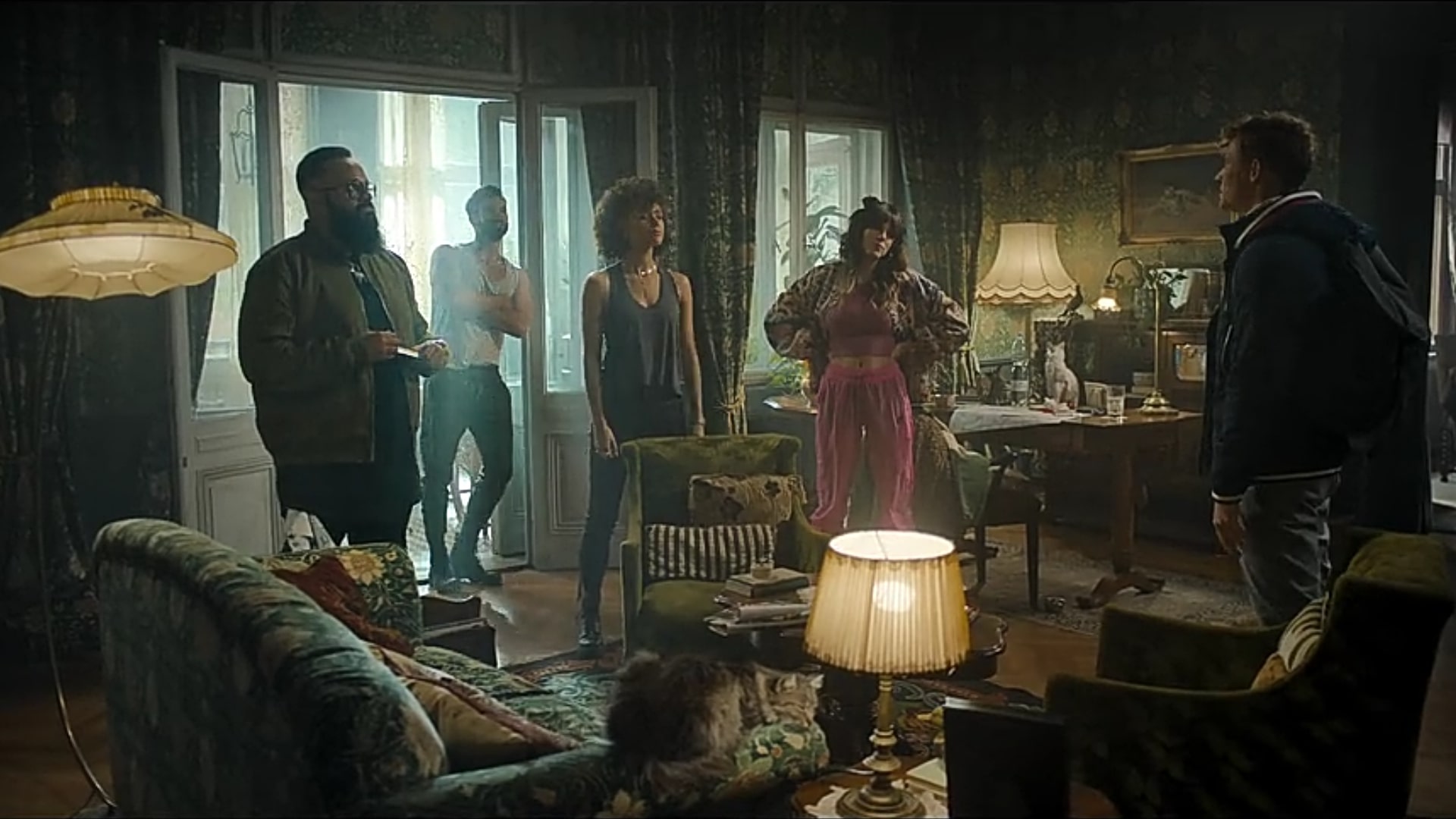 This motley band of criminals needs Sebastian because their last safecracker was arrested. They also need him because their targets are Wagner’s first three safes — the Rheingold, the Valkyrie, and the Siegfried — all of which are currently in possession of Bly Tanaka (Hiroyuki Sanada), the infamous billionaire from the first film who sets Scott Ward (Dave Bautista) and his crew up in ‘Army of the Dead.’

Much of the humor in the film comes from Sebastian and his interactions with his teammates and his responses to the rapidly changing situation around him. Schweighöfer plays his character with such remarkable ease that if even the audience didn’t know him from the earlier film, they still would have loved him.

Pursuing the thieves are Interpol agents Delacroix (Jonathan Cohen) and Beatrix (Noémie Nakai). The zombie apocalypse aspect is constantly present in the background. Sebastian keeps having these recurring dreams of being attacked by the zombies. When he tells Gwendoline and Korina about this, the latter eerily observes that the dreams can be prophecies, showing him how he would die. Those who have seen ‘Army of the Dead’ know what happens to him. Meta references such as this are littered throughout the plot, making the movie even more enjoyable.

No, Gwendoline, Rolph, Brad, and Korina don’t die in ‘Army of Thieves.’ Shortly after he joins the team, Sebastian is told that they will be carrying out heists in the order of difficulty. Their first target, the Rheingold, is kept at a trade union in Paris, France. As Gwendoline and Brad predict, it works out like a breeze, and Sebastian can’t be happier after breaking into one of Wagner’s safes and fulfilling his long-time dream.

However, things get trickier during the second heist, in which the crew targets the Valkyrie, kept at a bank in Prague, Czech Republic. After the first heist, Interpol realizes what is happening. Even though they have enough things to worry about with the zombie apocalypse, Delacroix correctly deduces that the criminals picked their timing believing the authorities would be otherwise occupied. As Sebastian readily admits, the Valkyrie is a much harder safe to crack than the Rheingold, so it takes understandably longer for him to open it. 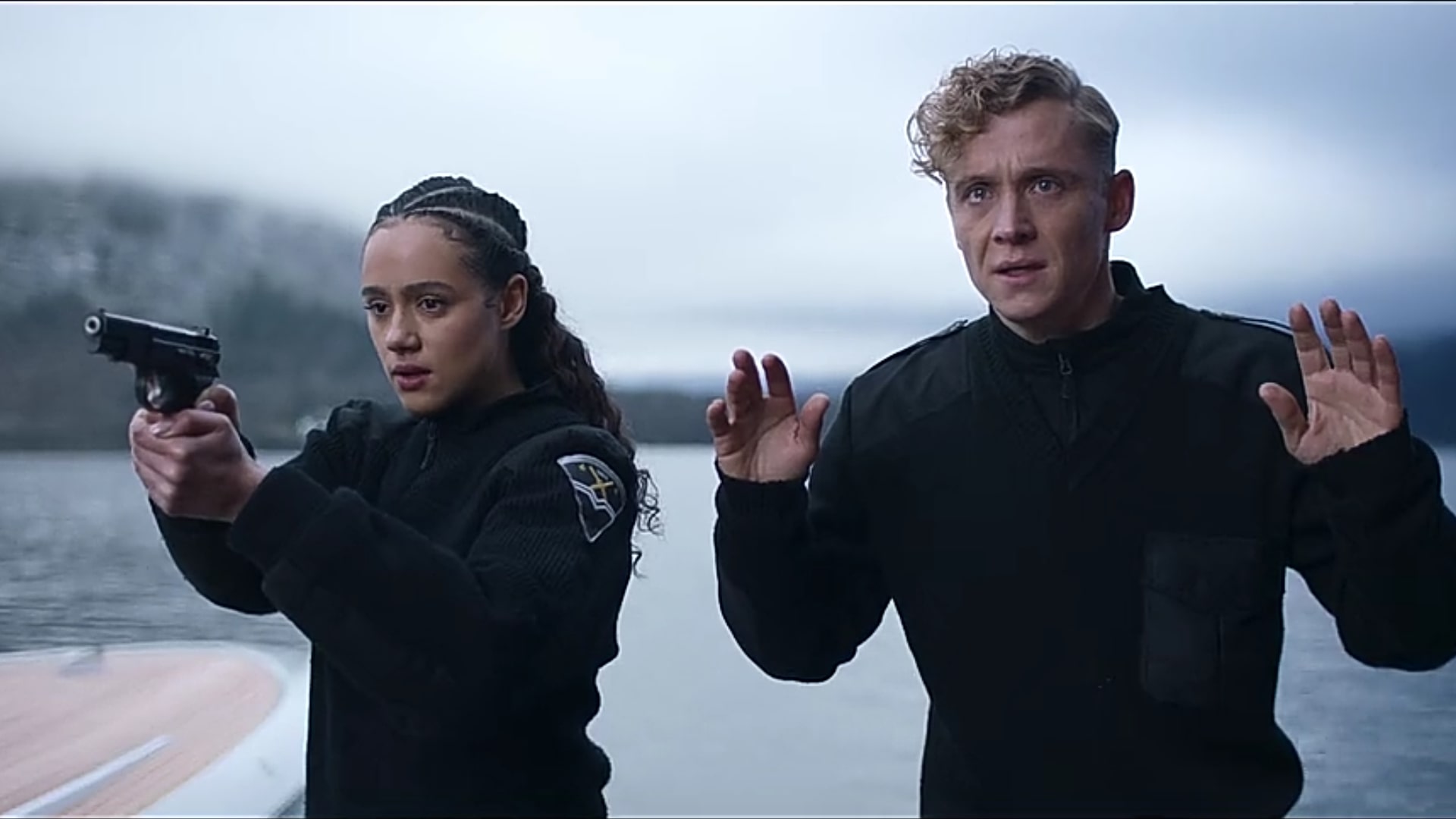 Meanwhile, the security notices that something is amiss. To divert their attention, Brad puts on a Nixon mask and rushes into the bank, holding everyone in there hostage. After Sebastian opens the lock, he and Gwendoline grab as much money as they can. However, as the police start to arrive, Brad shoves Sebastian out of their getaway truck. The latter barely manages to evade capture and returns home to find Gwendoline and Korina waiting for him. They convince him to team up with them one more time and go after the third safe, the Siegfried, kept at a casino in St. Moritz, Switzerland.

The Siegfried is by far the most challenging safe to crack among the three Wagner safes that are still in Europe. But the team of likable criminals dupes the casino into believing that they are the Interpol, prompting them to move the safe. When the real Interpol shows up, they can only be frustrated about it. But the criminals’ luck soon starts to run out. Korina is arrested and then persuaded to give information on her teammates with the promise that her younger brother will be looked after. Brad and Rolph, who are also there, try to give chase to Sebastian and Gwendoline, who leave the other two handcuffed to the back of an armored car, where Interpol later finds them.

Eventually, Gwendoline surrenders to Delacroix after making him promise that he will let Sebastian go. So, all four of Sebastian’s teammates get arrested, but not before they successfully execute the plan, and Sebastian is able to crack all three safes.

Do Ludwig or Sebastian and Gwendoline End Up Together?

No, Sebastian and Gwendoline don’t end up together. In the movie’s climactic scene, Gwendoline tells Delacroix that she will voluntarily surrender to him if he lets Sebastian leave. After some consideration, the Interpol agent accepts. The airy romance between Sebastian and Gwendoline grows as the film progresses. And it becomes prominent enough to make Brad envious about it. The crew always had plans to cut Sebastian lose once they were done with all three safes. But Brad becomes so jealous that he decides to sabotage their plans by trying to discard the safecracker after the second heist. 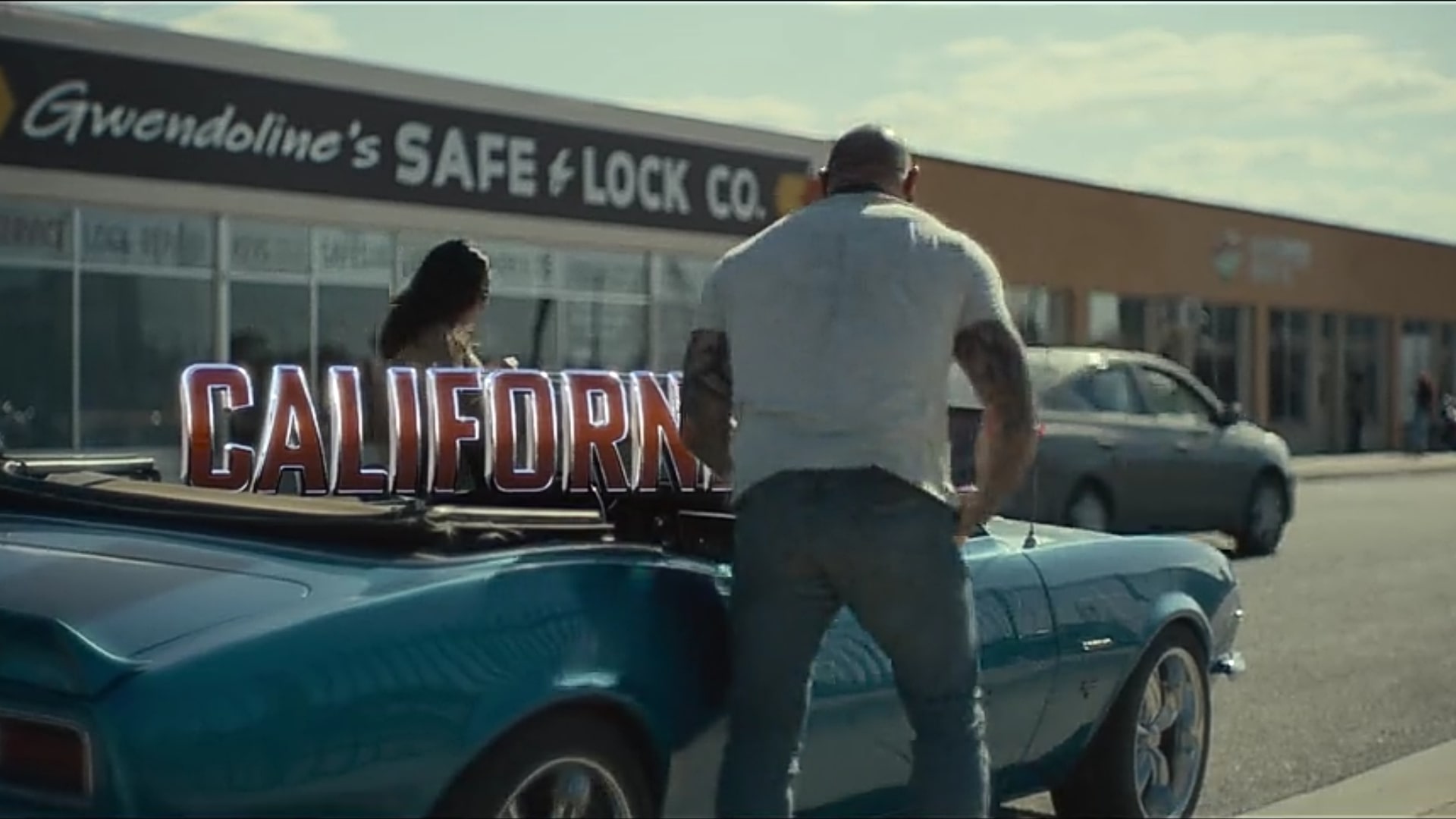 However, their love story ends abruptly. While Gwendoline is presumably incarcerated, Sebastian immigrates to the US under a new name, Ludwig Dieter, and sets up a shop called “Gwendoline’s SAFE & LOCK CO.” This is where he is visited by Ward and Maria Cruz (Ana de la Reguera) sometime later. They recruit him for their mission in the zombie-infested Las Vegas to retrieve $200 million from the Götterdämmerung, the fourth and final safe that Hans Wagner designed using the operas of Richard Wagner’s ‘The Ring Cycle’ as inspirations.

In ‘Army of the Dead,’ Dieter’s ultimate fate is kept somewhat ambiguous. He seemingly sacrifices himself to protect Vanderohe (Omari Hardwick). The last time the audience sees Dieter is when Zeus, the alpha zombie, grabs him from behind as he closes the vault door. Given that Zeus is not an ordinary mindless zombie, there is a possibility that he keeps Dieter alive. While Zeus is busy dealing with the others, Dieter can escape before the nuke destroys Las Vegas and later reunite with Gwendoline as he had promised.