Is Army of Thieves a Sequel of or Prequel to Army of the Dead?

A Matthias Schweighöfer directorial, ‘Army of Thieves’ is a fun-filled heist romantic comedy movie. It revolves around a group of remarkable individuals aspiring to be thieves. Ludwig Dieter (Schweighöfer), a prominent character in Zack Snyder’s ‘Army of the Dead,’ serves as the protagonist in ‘Army of Thieves.’ A wealthy jewel thief named Gwendoline (Nathalie Emmanuel) recruits him as a safecracker for the team that also includes getaway driver Rolph (Guz Khan), master hacker Korina (Ruby O. Fee), and enforcer Brad Cage (Stuart Martin).

Dieter later discovers that his job is to open three supposedly uncrackable safes kept at various locations across Europe. There is little similarity between ‘Army of the Dead’ and ‘Army of Thieves,’ but they are both parts of the same film series. If you are wondering whether ‘Army of Thieves’ is a sequel of or prequel to ‘Army of the Dead,’ here is what you need to know.

Is Army of Thieves an Army of the Dead Sequel?

‘Army of Thieves’ is a prequel to ‘Army of the Dead.’ The story is set in the early days of the zombie pandemic — six years before the events of the Zack Snyder directorial. As the streets of Las Vegas fill up with walking deads, people in Europe can only watch the situation unfold on television. ‘Army of Thieves’ essentially serves as Dieter’s origin story. He is yet to become the self-assured and brilliant safecracker that he is in ‘Army of the Dead.’

In the heist film, he leads a largely uneventful life, filled with morbid boredom and vain attempts to satisfy the customers of the bank he works for. When Gwendoline comes into his life, it suddenly becomes a flurry of activity and adventure, and the audience starts to see the man he is destined to become. The two films have a tangible connection through the shared lore of the film series. The targets of Dieter, Gwendoline, and their team are the Rheingold, the Valkyrie, and the Siegfried safes designed by Munich-based locksmith Hans Wagner (Christian Steyer). 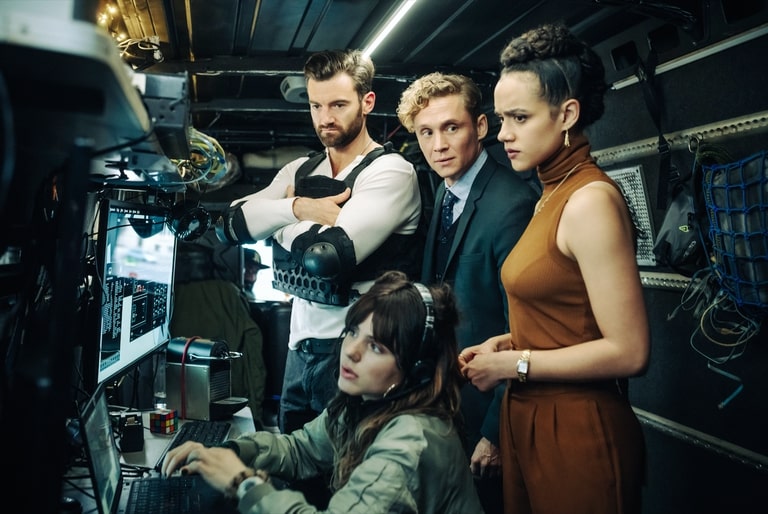 At the start of ‘Army of Thieves,’ the three safes — along with the Götterdämmerung — belong to Bly Tanaka (Hiroyuki Sanada), who hires Scott Ward (Dave Bautista) and his crew in ‘Army of the Dead’ to bring out the $200 million from his casino. The Götterdämmerung is, of course, the gigantic safe where Tanaka kept his money. While designing the safes, Hans drew inspiration from the operas of Richard Wagner’s ‘The Ring Cycle.’

Thematically, ‘Army of ‘Thieves’ is quite different from the first movie, but the zombie element is also present in the former film. Given that there is a 6-year gap between the advent of the zombie pandemic and Ward’s mission, and as mentioned above, the prequel takes place right around the start of the outbreak, we can safely conclude that the intermediate period between Dieter joining Gwendoline’s team and becoming a member of Ward’s crew is also about six years.