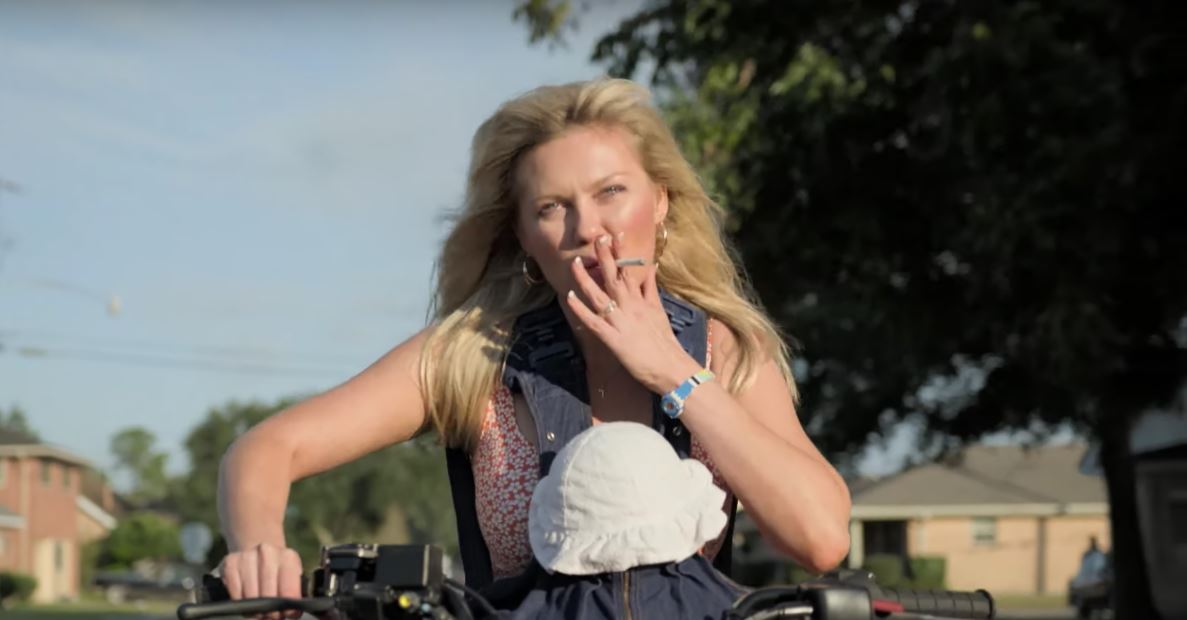 Showtime has unveiled the first trailer for its upcoming dark comedy series ‘On Becoming a God in Central Florida.’ The first look introduces Kirsten Dunst as a “woman of steel” who chases the American Dream. Created and executive produced by Robert Funke and Matt Lutsky, the series landed at Showtime last month after YouTube pulled the plug on the project.

According to the official logline, “Krystal Stubbs (Dunst) is a minimum-wage water park employee who lies, schemes and cons her way up the ranks of Founders American Merchandise (FAM) — the cultish, flag-waving, multibillion-dollar pyramid scheme run by the powerful Obie Garbeau II (Ted Levine) that drove her to ruin in the first place. Determined to make a better life for herself, Krystal dives deep into FAM and develops a tangled relationship with its most loyal and fanatical follower Cody (Théodore Pellerin), until her business begins to affect those closest to her, including Ernie (Mel Rodriguez), her affable water park boss, and his FAM-skeptic wife Bets (Beth Ditto).”

“I’m calling the shots,” says Krystal to a man in the trailer before slapping him across the face. Later, she fires a shotgun and wipe-out blood on a floor. The 2 minutes 45-second trailer is a descend of the protagonist from a hapless victim to a badass businesswoman with a vengeance, in a nutshell.

“You are a demon,” a visibly shaken man tells Krystal at the end of the trailer.

“She’s [a badass], but she becomes that,” Dunst told EW in a previous interview about her character Krystal. “It’s going to be one of the most fun roles I’ve ever played. It’s a great pilot!”

Robert Funke and Matt Lutsky create the series and executive produce along with George Clooney and Grant Heslov of Smokehouse Pictures, Dunst, Sarah Shepard, Charlie McDowell, and Esta Spalding. McDowell has also directed the pilot while Spalding serves as showrunner. Sony’s TriStar Television produces the project which is described as “the cult of free enterprise and one woman’s relentless pursuit of the American Dream” by Showtime.

Check out the first trailer for ‘On Becoming a God in Central Florida’ below.