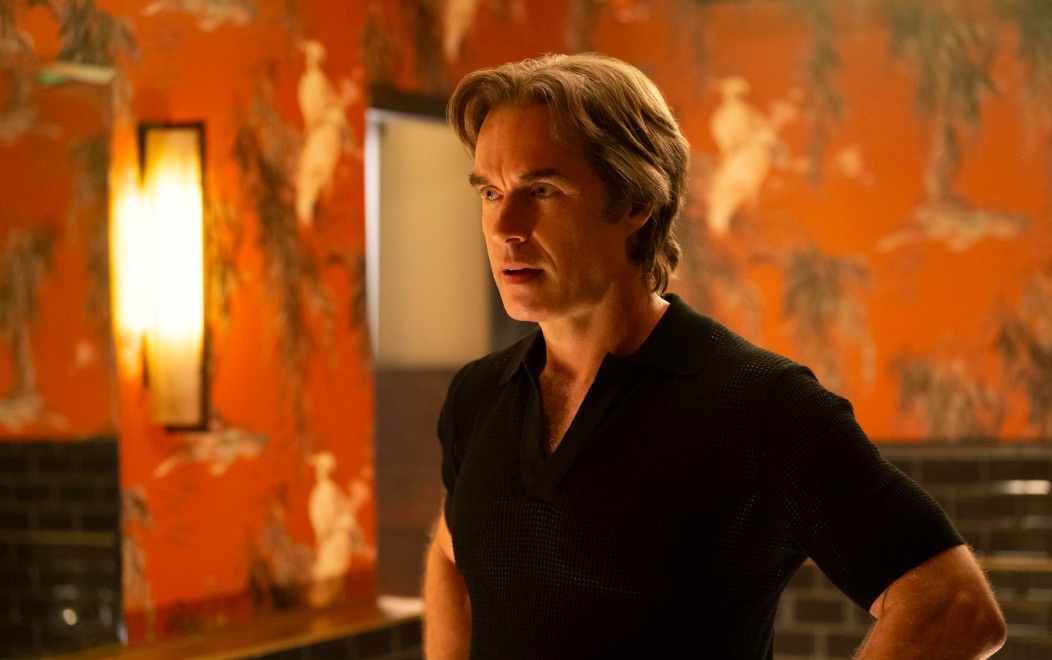 Hulu’s ‘Welcome to Chippendales’ begins its third episode in the golden years of Chippendales, just when the strife between Steve and Nick starts to escalate. By the end of the episode, we find the story at a turning point, one that will eventually lead to a bloody chapter in the lives of the characters. The seeds were sown in the second episode, but this time, we find the rivalry between them taking root and digging deeper into their own insecurities. There’s still a lot left to happen, but the third episode takes its time to explore the pent-up rage in both characters, making us even more excited for when it’ll blow up in their faces. Here’s what it means for Steve and Nick going ahead. SPOILERS AHEAD

Steve goes back to Bombay to attend the funeral of his father. He expects to be appreciated for his success, but instead, his mother expresses her disappointment at the nature of his business. This makes Steve all the more desperate to exercise control over his employees once he comes back to LA. In the meantime, Irene blows off steam by doing some cocaine with Denise and Nick, which further infuriates Steve.

Nick becomes more obsessed with creating the next perfect number and is over the moon when he and Denise come up with the idea of Hunkenstein. However, Steve considers it too grotesque and orders them to do some other, toned-down number. This angers Nick and he starts considering leaving Chippendales. He becomes all the more convinced of his decision when Steve plans a photo shoot for a Chippendales calendar and doesn’t involve him in it.

Welcome to Chippendales Episode 3 Ending: What Does Nick Leaving for New York Mean for Steve?

The root of all troubles between Steve and Nick is that both of them refuse to give the other the credit for the success of Chippendales. Steve believes that he is the owner of the joint; it is he who built the place from the ground up, and so, all the credit must go to him. He is enraged when someone does something without consulting him. Even Irene feels the brunt of his anger. Steve forgets that his business is a collaboration, but so does Nick.

Nick was brought on board Chippendales to fix its dance routines and make it more performative and tasteful rather than just being a show about dancers improvising every night. If the place had started to see better days when it became a strip joint, serious money started to roll in after Nick became a permanent member of the team. This leads him to believe that without his choreography and his brilliant ideas, Chippendales would have fizzled out a long time ago. And he’s not wrong. However, this ego trip leads him down a path that will only end in murder.

Steve’s refusal of Hunkenstein had been insulting to Nick, but he keeps his emotions to himself after Denise makes him consider that Steve was going through a tough time after his father’s death. However, when Steve moves forward with the Chippendales calendar idea without telling Nick about it, the latter takes it more personally than ever. In his defense, Steve too does his best to make Nick feel like a second-class employee in a place that he believed owed everything to his dance routines.

In the final scene, we find Nick booking a ticket for New York. This means that he is finally taking a step toward putting some distance between himself and Steve. As happened in real-life, Nick came up with the idea of touring with the Chippendales dancers, after an office was established in New York. He and Steve made a deal that Nick would get half the profit of whatever came out of the touring side of the business. Through this, Nick ensured that he not only had autonomy over the creative aspects of the performances, but he also got the share he believed he deserved for all the work that he’d put into it. For Nick, it was a fair deal, until it killed him.

No matter how much Nick focuses on his achievements with Chippendales, nothing can convince Steve that anyone besides him has anything to do with turning the place into as big of a success as it’s now. While he can’t deny that the performances have made a huge impact, he still looks at everything from the financial point of view and doesn’t care about the creative side of it. He is obsessed with profits, but credit is the one thing where he draws a line between himself and everyone else.

Steve hungers for recognition, for being appreciated and applauded for the incredible work that he’s done. He feels dejected when he doesn’t receive it, but when someone steals that credit from him, he is bound to lash out. With Nick moving to New York, it is this conflict for credit that is going to develop between the two men. None of them can let go of their ego while criticizing the others, and that’s what will bring them both down in the end.