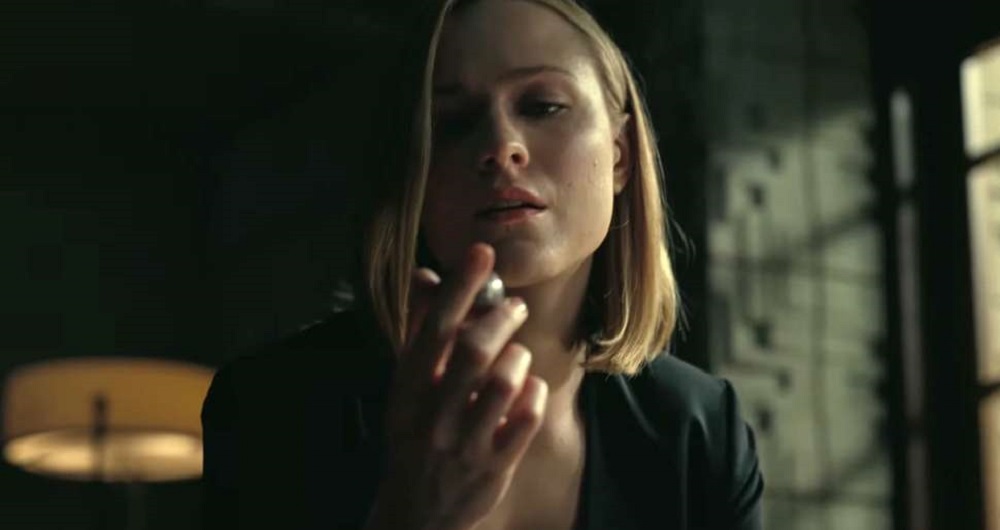 HBO’s ‘Westworld’ successfully manages to put viewers back in the driving seat as its complex, breakneck action continues in the science fiction television series’s third season. Created by Jonathan Nolan, ‘Westworld’ has advanced from portraying an engaging robot uprising in a futuristic theme park to an epic ploy of world domination.

The character of Dolores has emerged to be a central force, intent on taking down human civilization and carve out a world for technological beings like her. As usual, the plot is exposition-heavy and explores various complex, often-philosophical questions with surprisingly high entertainment value.

The episode starts with the “Man in Black” (William) suffering from mental trauma. He is fretting over what is real and hallucinates his daughter, who tells him that everyone he cared about is dead. She asks him whether he was never in control. Furthermore, she asks him whether he chose his actions or whether they were written in his code. Then, Hale visits William and tells him about Serac trying to take over Delos to gain access to the Sector 16 data. She asks for his support at a stakeholder meeting as she wants to take Delos private.

Bernard and Stubbs are in Victorville. Bernard has a “button” that he can use to freeze hosts. He wants Stubbs to take him to the host that has replaced Dempsey so that he can ask him about the other hosts that Dolores has copied. Connells strongarms Dempsey into giving him his hash key. Dolores makes a man working for Dempsey unconscious on the street and takes his blood. She injects the blood into Caleb. She wants to use the encryption key in the man’s blood to transfer money from Dempsey’s account.

Serac brings Maeve to Singapore. He recalls how Paris was destroyed in what looks like a nuclear incident. He tells her that he wants to save humanity from destroying itself. To do so, he needs to understand humanity by accessing Sector 16’s data. He promises to send Maeve to her daughter’s world using the encryption key, which is stored in Dolores’s mind.

Then, Serac takes Maeve to Divergence and shows her the machine that Dolores used to remake herself and a few other hosts. Serac has kidnapped an identity broker, Jiang, who helped Dolores get her aliases. He tortures him to ask him where he sent Dolores. Jiang tells Serac that Dolores needed five identities and that he sent her to someone called The Mortician. Serac tells Maeve that he has installed an “off switch” in her head to ensure that she continues working for him.

Dempsey goes to a fundraiser where sex workers are being auctioned for charity. Bernard approaches Dempsey and tries to use the button to freeze Dempsey, but it does not work. Stubbs points a gun at Dempsey, and the two take him aside. Connells tells Dolores that they arrived earlier than anticipated. Dolores starts shooting Bernard and Stubbs. Bernard runs away with Dempsey. Dolores and Stubbs fight on the first floor of the building. The former ends up pushing Stubbs over the railing onto the floor below.

The Mortician and Maeve go to meet a Yakuza boss named Sato. Maeve hacks into the entrance and the guards’ guns to reach Sato. It turns out that Sato is Musashi. Musashi shoots The Mortician. On the other hand, Caleb stops Bernard from putting Dempsey in a car. Connells arrives and makes Dempsey run. Dolores asks Musashi if there is Ted’s code inside him.

On the other hand, Hale tells William that she is Dolores. Connells takes the button from Bernard, and it is revealed that Dolores made several copies of herself. It is her code inside Hale, Connells, and Musashi. Musashi (who is actually Dolores in Musashi’s body) and Maeve fight. Musashi stabs his sword inside Maeve’s abdomen, possibly killing her. Hale tells William that he is being taken to a mental health facility and will be deemed incompetent. His voting shares will be transferred to her. Later, presumably at the mental health facility, William sees Dolores. She asks William to ask her the question. “Am I me?” he asks. “Welcome to the end of the game,” Dolores tells William.

The third season of ‘Westworld’ has managed to up the ante of the sci-fi show successfully so far. That is not a small feat given just how intense the HBO series had been prior to the season anyway. Moreover, the first three episodes of the season are some of the best episodes of the show, in my opinion. The fourth episode seems to pale in comparison due to the lack of anything extraordinary or unseen.

However, it ought to be noted that this is just a testament to how good ‘Westworld’ has been and of unfair viewer expectations. The fourth episode still turns out to be extremely engaging and well-written. There are several exciting moments and an ending that makes one yearn for more. The reason that the episode might feel less stellar than the previous episodes of the season is because of the lack of anything majorly “mind-bending” or expository.

However, one cannot expect to have such moments every episode. Yet, the fourth episode does make the reveal regarding Dolores making several copies of herself, but it is not as major as other revelations. If there are major, narrative-shifting revelations and twists each episode, they wouldn’t really be as effective. The writers of ‘Westworld’ have displayed seamless control over the narrative’s pacing in the past and seem to continue to do so with this episode.