Where Was ‘Westworld’ Filmed? 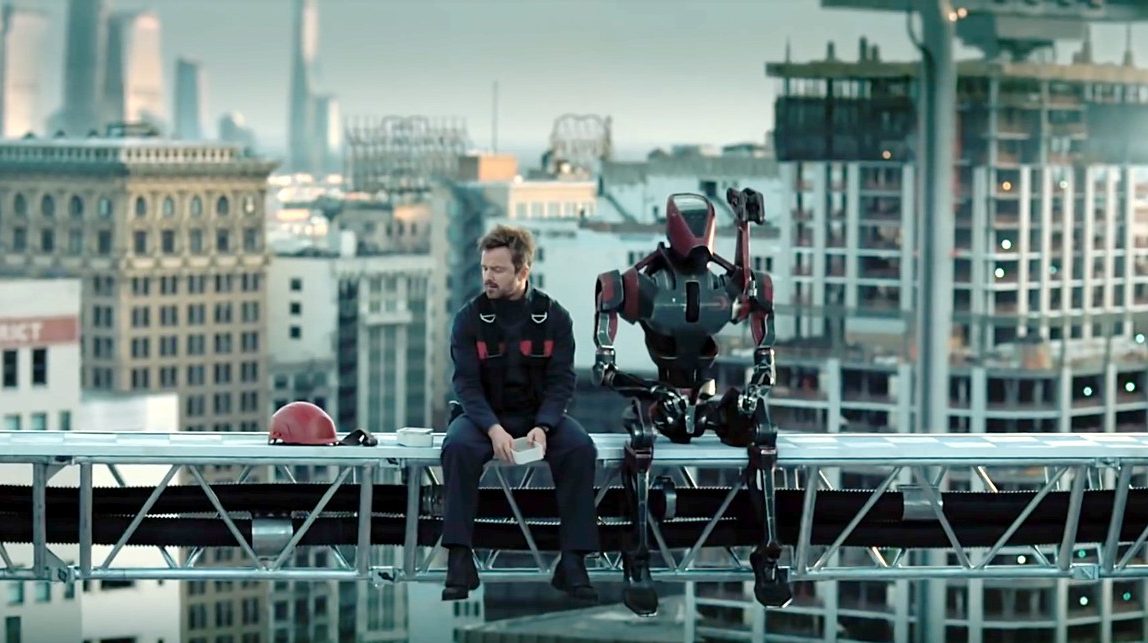 HBO sure knows how to turn its TV shows into some of the biggest events on-screen and ‘Westworld‘ is easily amongst the platform’s best offerings. Based on a 70s film of the same name, the show brims with sci-fi vistas,  skin and bloodshed, and an extremely captivating storyline that stirs up both your mind and your desires.

The second of the series wrapped up last year and now the third season is underway,  and yet again, along with an incredible cast, the show also promises an expansive setting that’ll be even more fascinating and divorced from “reality.” Since the whole setup of the series is so spectacular, we have compiled all the different locations where its first, second and third seasons were filmed. Read on!

From dusty and dramatic eastern landscapes to futuristic theme parks and utopic countrysides, in the first and the second season, ‘Westworld’ walks you through it all. Its incredible special effects and grandeur sci-fi themes have played a key role in making it a fan favorite show, but apart from that, even its cinematography, which gives off a pleasant aura of scenic beauty, is simply amazing.

The first two seasons of ‘Westworld’ have been filmed mostly in a movie ranch in Santa Clarita, California. Many of the interior scenes were primarily shot in the Warner Bros Studios located in Burbank. And of course, all the unforgettable visuals of the classic Westerns that stay with you long after the show have all been filmed in Utah and Arizona. 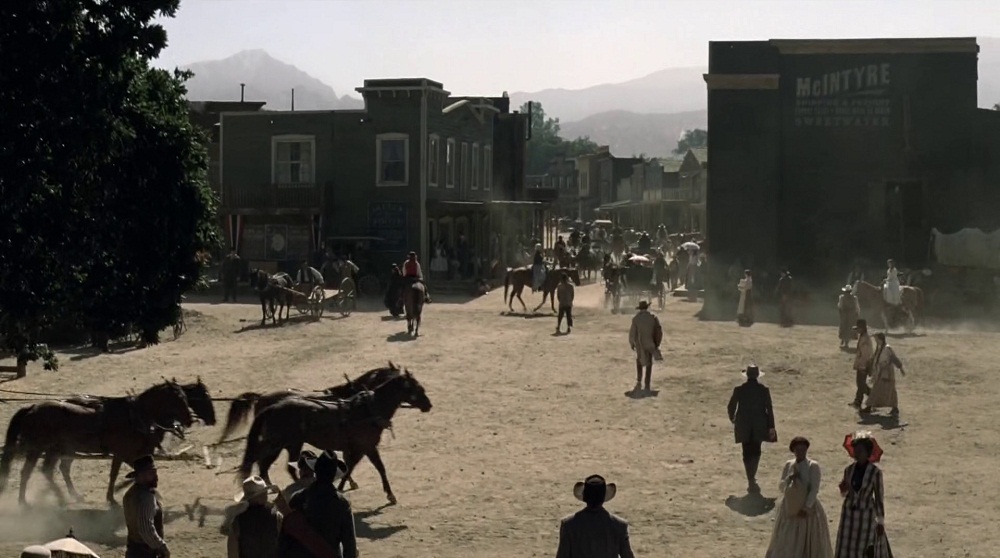 The Melody Ranch Motion Picture Studio of Newhall, Santa Clarita was used for filming the scenes of the Sweetwater town, which is located in the center of the Westworld Park. Even Hirafuku was set in the same location. Las Mudas, the town located at the border, has been filmed entirely in Veluzat Motion Picture Ranch, Saugus, Santa Clarita.

Better known as “The Town With the White Church” and “The City Swallowed by Sand”, most parts of Escalante were shot in Paramount Ranch, Agoura Hills. The filming of most of the exteriors of Westworld took place in Vasquez Rocks Natural Area Park, Agua Dulce. So don’t be a surprise if you spot many natural landmarks of the Sierra Pelona Mountains. The scenes from the beautiful town of Pariah have been filmed in Universal Studios, Universal City.

All the interiors of the Mesa’s hub have been partially filmed in both the Warner Brothers Studios, Burbank and  Cal Poly Pomona University, in the College of Environmental Design building. And as you can tell by referring to its entire cross-section, the creators of the show made sure that there was a heavy emphasis on detail. The main control room of the Mesa has been filmed in Pacific Design Center, West Hollywood and the scenes where its Cold Storage has been portrayed have all been filmed in Hawthorne Plaza Shopping Center, Hawthorne. When it comes to the Mesa Gold Resort and even the Moon Rail Terminal, all of its scenes have been shot in Skirball Cultural Center, Los Angeles.

The Indian park, Raj World, which is mostly seen in the second season of the show, was filmed at the Langham Hotel in Pasadena. If you can remember well, the second season had also introduced us to Japanese Shogun World Park. Most of the scenes of this location have been filmed at Huntington Library Garden in Pasadena. In the final episode of the second season, there is a scene in which the hosts walk towards the Valley Beyond. If you look closely, you’ll be able to spot Trona Pinnacles in California in its backdrop.

Most of Mesa’s exteriors have Castle Valley, Moab and the Dead Horse Point State Park as their backdrop. Apparently, several portions of the Dead Horse Point State Park were merged with the Mesa Gold Bar balcony during the post-production to give visuals of the park at the top of Delos complex in its background. What’s really interesting is how the crew managed to create the scenes of the train interior without having an actual train. Turns out that an entire “self-created” coach was first mounted on the back of a truck and the truck was then driven all around the State Route 128 in Utah.

In the eighth episode of the second season, there is a scene in which Akecheta finds Logan under a tree while riding a horse. This scene has been filmed in the Coral Pink Sand Dunes State Park in Utah. Fort Forlorn Hope is the location where Confederados snarls up Delores and the rebels.

For the most part, Navajo County of Arizona has only been used solely for filming the exteriors of Westworld. Monument Valley, Kayenta and Agathla Peak are the three distinct locations of the region that were primarily used.

The third season was first announced in May 2018 and its production began later in 2019.  In the third season, ‘Westworld’ further expand its incredible universe into the real world and includes several new locations such as Catalonia, Valencia, and Singapore.

The filming of season 3 was initiated in downtown Los Angeles in June 2019 and following this, a ten-day shoot took place in the tropical and lush green surroundings of Singapore. Several cast members of the show including Evan Rachel Wood, Thandie Newton, Jeffrey Wright, and Aaron Paul were spotted at many different Singaporean landmarks such as Chinatown’s Smith Street, Orchard Road, the National Gallery, Esplanade Park, SOTA ( School of The Arts), Helix Bridge, Marina One, the hotel Parkroyal on Pickering, LASALLE College of the Arts and Oasia Hotel Singapore.

Nothing much has been revealed about the show’s filming in Spain but its recent trailer reveals that many of its scenes have also been filmed in Spain. In the one of the scenes, actors Tessa Thompson (Charlotte Hale) and Vincent Cassel can be seen in the City of Arts and Sciences which is located in the port city of Valencia. There’s another scene in the trailer where Maeve (Thandie Newton) steps inside a vintage home and is asked to kill Dolores. The lavish home in this scene, which is seemingly styled with silos, is “The Factory” located in Sant Just Desvern, a small town near Barcelona.

The “Ciudad de las Artes y las Ciencias,” one of the filming locations of Season 3. Valencia, Spain from westworld

Besalu is a beautiful medieval village located near Girona in northern Catalonia. According to a local news source, almost all the Second World War scenes of the third season have been filmed in and around the village covering well-known landmarks such as Llibertat and Prat de Sant Pere squares and the 12th-century Romanesque bridge.