What Happened Between Amanda and Declan in Law & Order: SVU?

‘Law & Order: Special Victims Unit’ (also known as ‘Law & Order: SVU’) focuses on Olivia Benson (Mariska Hargitay) and her team at the New York City Police Department which primarily focuses on sexually-based offenses. Created by Dick Wolf for NBC, the crime drama series dives deep into the personal and professional lives of the detectives fighting to keep their city safe. Thus, we get to observe their familial bonds, hard-hitting backstories, and romantic relationships.

Amanda Rollins (Kelli Giddish) is one of the best detectives in the department; despite her difficult past, she is a strong woman and a great mother to her daughters. Over the seasons, we see her in a couple of romantic affairs, and one of them is thrown into the limelight again in season 23 episode 10. When Declan Murphy (Donal Logue) returns to the NYPD, things get complicated for Rollins. So, what’s their relationship? Let’s take a look at what happened between Rollins and Murphy. SPOILERS AHEAD.

What Happened Between Amanda Rollins and Declan Murphy?

In season 23 episode 10 of the show, we see that Declan Murphy is working with Benson and her team in order to solve the hate crimes that take place across the city on Christmas eve. Additionally, Murphy is now the commanding officer of the Hate Crimes Task Division. Benson and the others greet Murphy when they see him for the first time after his return, and Rollins says, “Nice to see you. Welcome home.” Immediately, it becomes obvious that Rollins and Murphy are awkward around each other and have some history. 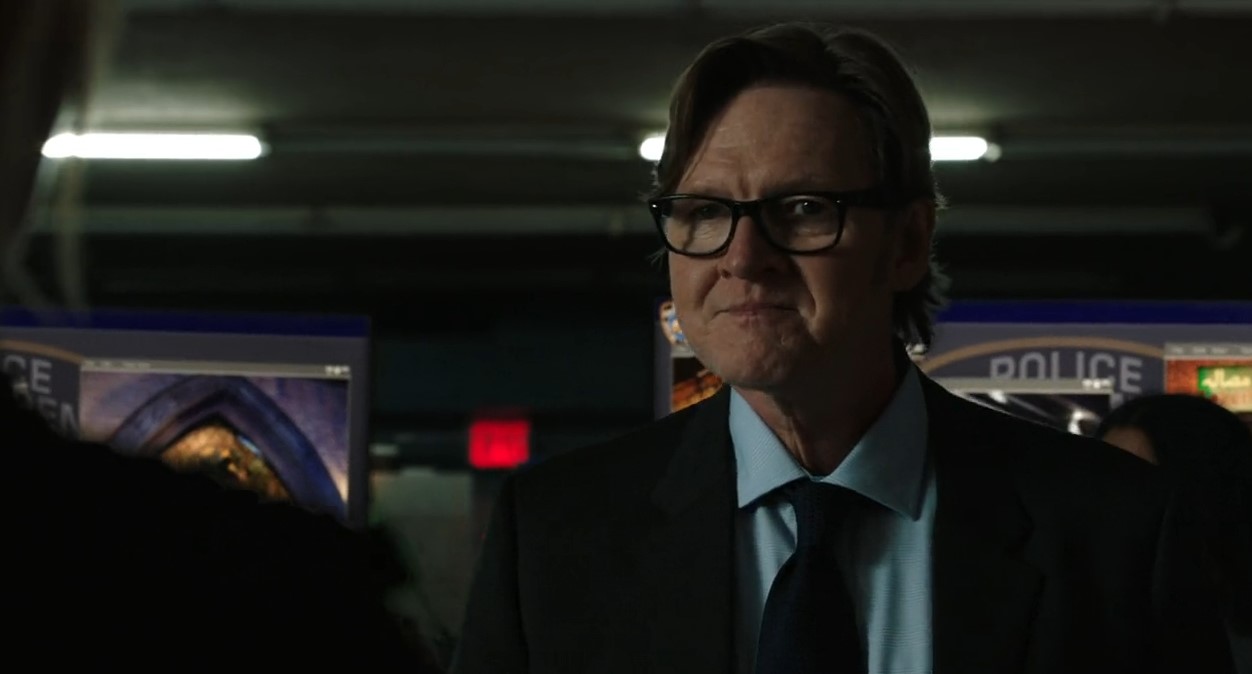 Whilst Murphy and Rollins are investigating the case, the former says that he was hoping he’d get a chance to talk to her before the chaos of work consumes them both. Rollins agrees that they need to talk but says their conversation can wait. Much later, after Murphy says that they need to abandon rest and sleep in order to solve the sensitive and high-risk hate crimes, he overhears Rollins talking to her daughters, Jesse and Billie. He gives Rollins a coffee and tells her that she can go home for a couple of hours but she insists that she doesn’t need special treatment.

“I’m just sorry you’re missing Christmas with the girls, considering I’ve missed every one of Jesse’s Christmasses, birthdays,” states Murphy, clearly feeling guilty. “You mean, that was our deal,” Rollins reassures him. “All right, I told you I wanted a baby. And told you I could do the parenting by myself. I meant it.”

We know that in season 15, Rollins becomes a gambling addict and starts visiting illegal establishments. In one such place, she runs into Murphy; she’s initially unaware that he’s an undercover cop but eventually finds out who he is. However, Murphy doesn’t report her activities to his superiors as he believes that she can drop her bad habits. Soon, the two become friends with benefits.

In season 17, it is revealed that Rollins is pregnant when a serial killer — Greg Yates — taunts her about it. Rollins had not disclosed the news of her pregnancy to her colleagues, and so is shocked by the killer’s observation. Later in the same season, Murphy returns to NYC from Serbia when he finds out that Rollins is pregnant; after confirming that he is the father of her child, he offers to co-parent with her. But Rollins and Murphy weren’t ever in love, and so the former is okay with raising a daughter on her own. Thus, Murphy returns to his undercover job. In season 17 episode 9, Rollins gives birth to a healthy Jesse, despite severe complications. 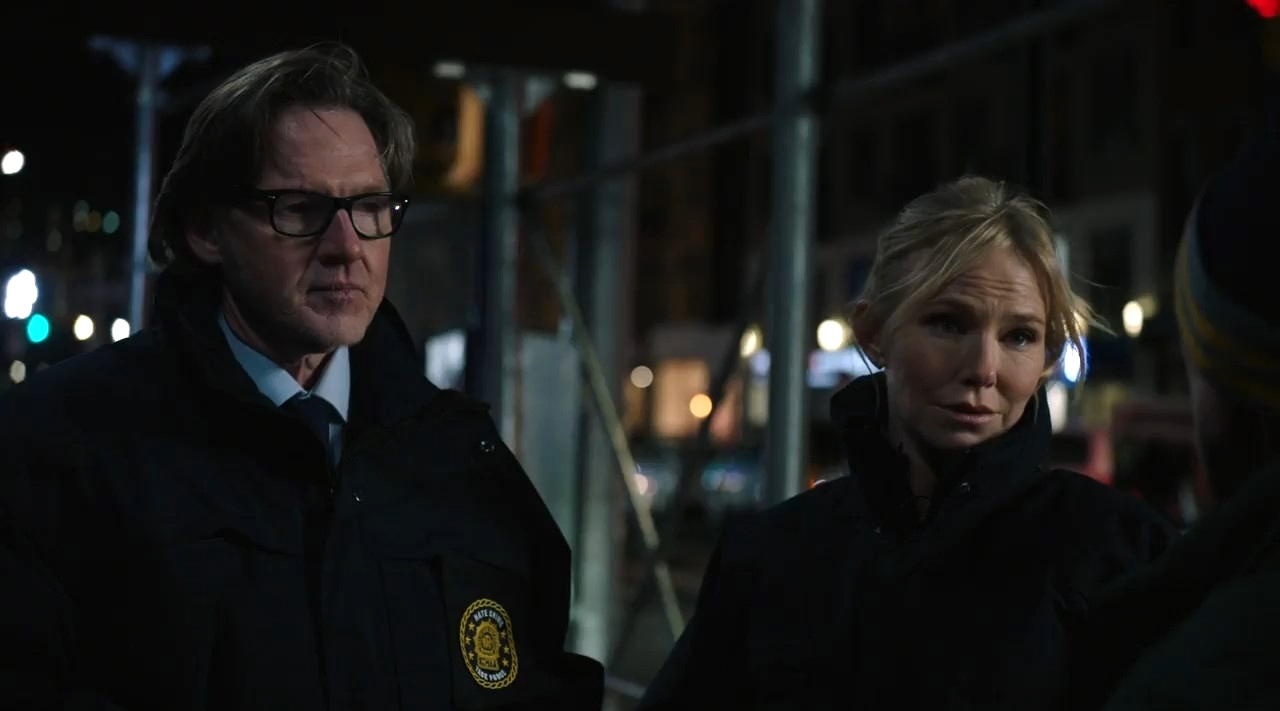 Then, in season 23, the conversation shifts to Murphy’s past job. “And you went undercover. It’s been six years?” Rollins asks. Murphy tells her that he was busy in Serbia and Croatia, dealing with sex trafficking, refugees, and modern-day slavery. “I was in so deep I was gone,” he says. When Rollins says that he got himself out, Murphy reveals, “I didn’t. They pulled me out. Faked my death.” He also explains that mandatory rehab gave him some time to think. It becomes obvious that he used his time in rehab to ponder over his former relationship with Rollins and his lack of presence in Jesse’s life.

Murphy thus starts explaining that he was her supervisor, and what he did “wasn’t just inappropriate.” Rollins cuts him off and says, “What we did. I’m an adult.” “And then for me to leave like that, that was was the biggest mistake of my life,” Murphy adds. Rollins looks at him for a while and then states, “It took me some time to figure out… how to think about it. But it’s working out. She’s [Jesse] happy. I’m happy.” Thus, there’s no bitterness amongst them, and Rollins is clearly happy with her daughters and domestic life. Murphy then asks if Rollins is with somebody, but is cut off when a bystander approaches to ask about the case.

We know that Rollins is dating ADA Dominick Carisi Junior; although their relationship is a secret, it’s likely that Murphy will eventually find out about it. Plus, it seems as though Murphy might be harboring feelings for Rollins — this could be either a byproduct of his guilt or a result of actual affection. Thus, it is probable that Rollins’ personal and professional life will get complicated as season 23 progresses thanks to the fact that Murphy is back and working closely with the SVU. It is also possible that Murphy will want to reach out to his daughter.