What Happened to Lauren Dumolo and Sophie Reeder? Were They Found? Are They Dead or Alive? 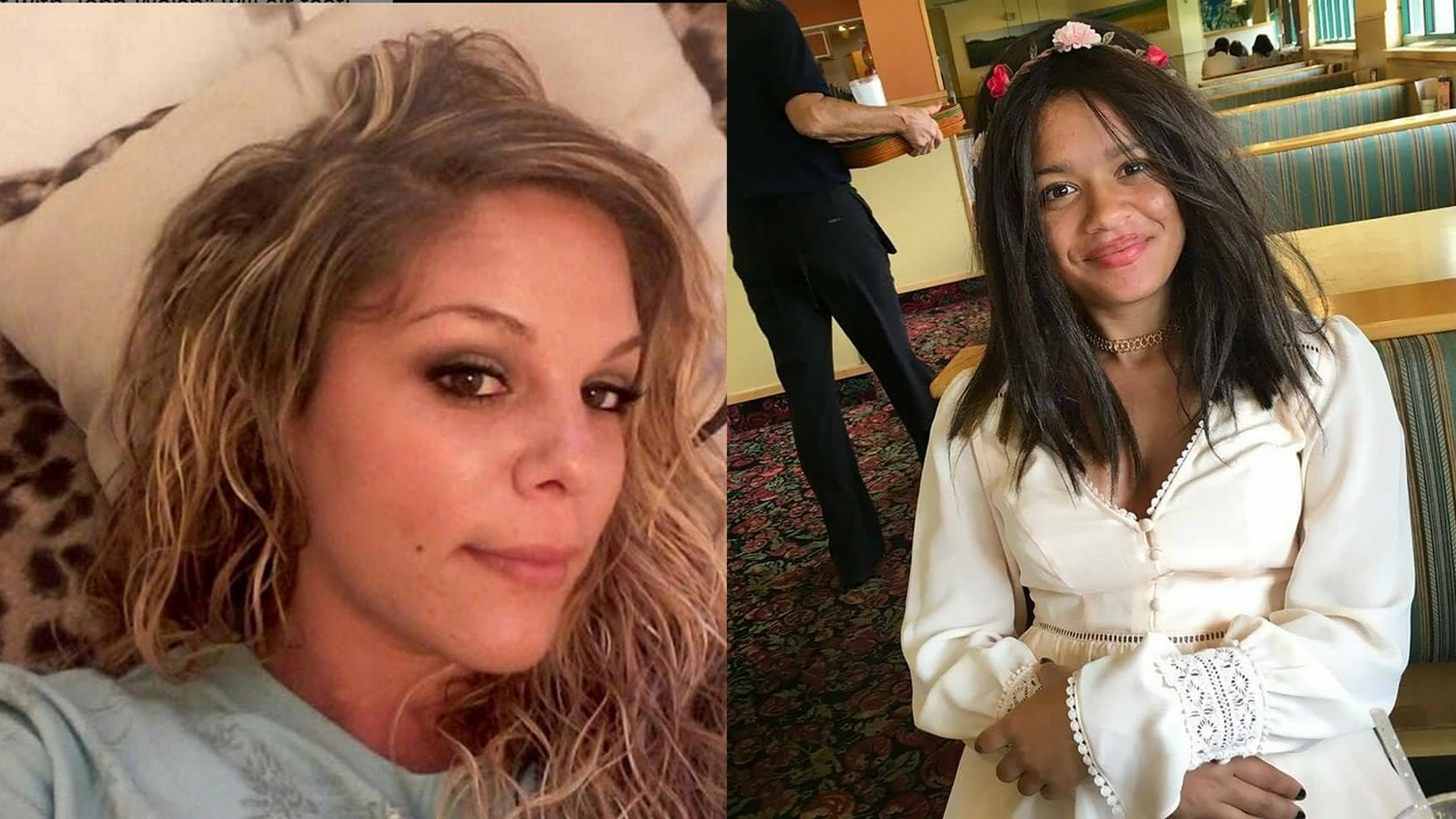 Investigation Discovery’s ‘In Pursuit: The Missing’ is hosted by Callahan Walsh and spotlights intriguing missing person cases. In the show, Callahan tries to investigate mysterious disappearances and provides an outlet for the families who are frantic for answers. Such two cases portrayed in the show are the disappearances of Sophie Reeder and Lauren Dumolo. Sophie Reeder was a teenager who disappeared mysteriously after she left her father’s Fort Lauderdale home. Lauren Dumolo was a young mother who strangely vanished from her Cape Coral apartment in 2020. Let’s find out more about the disappearances and whether Sophie or Lauren are still alive.

What Happened to Lauren Dumolo and Sophie Reeder?

A loving mother and a beloved sister and daughter, Lauren Dumolo has been missing from Cape Coral, Florida, since June 2020. She was last seen on June 19, 2020, and was reported missing by her boyfriend, Gabriel, when he could not find her at the apartment complex off Coronado Parkway in Cape Coral. Investigators were told by a maintenance man that he saw her last at her apartment when she stopped him and asked him if he knew of any cheap apartments. Her boyfriend told the police that he spoke to her earlier that morning before he went to work. A few hours later, Lauren or someone from her phone called Gabriel, but he did not pick up. 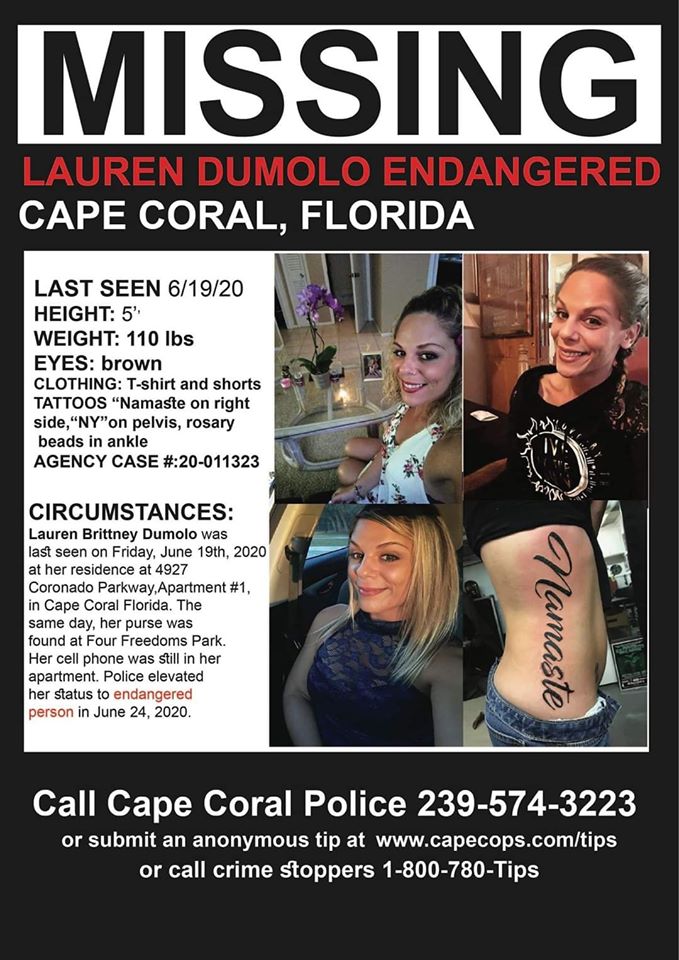 Lauren’s cell phone was found in her apartment, which led her family to suspect foul play, as according to her sister, Lauren would not go anywhere without her phone. Lauren’s friends and family believe that she most likely went to Four Freedoms Park before she vanished as she would go there often to sit by the water and meditate. Lauren’s purse was found at the Four Freedoms Park on the same day as her disappearance.  A week later, a homeless man kicked up one of Lauren’s old shirts in the sand at the same park, but her father, Paul, believes that it could have been planted there.

On the other hand, Sophie Reeder was a beloved 15-year-old who was described as having a smile that lit up her face. Her parents were divorced at the time of her vanishing, and she was living with her father. On the night of May 19, 2020, Sophie was found to be pacing the floor of her father’s Fort Lauderdale home, when he asked her to go to sleep. This was around 11:30 pm. When her father woke up the next morning, he could not find Sophie in her bedroom. He said, “I went into her room. I saw a candle burning and her computer on her bed, but she wasn’t in her bedroom.” 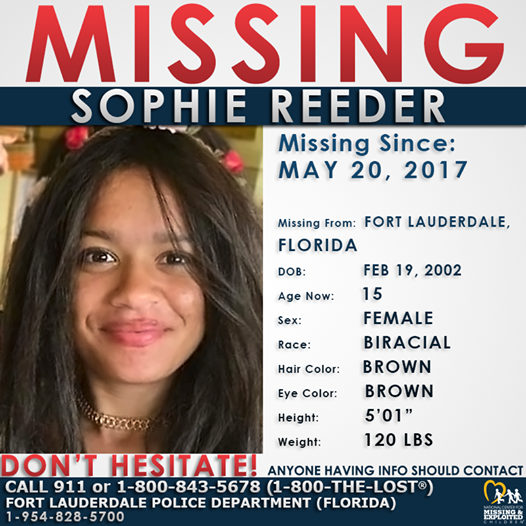 When she was reported missing, the police checked her bedroom and found some cash in a bag near her bed, which indicated that she did not run away. On checking CCTV footage, they found Sophie walking along West Davie Boulevard in Fort Lauderdale with her headphones on. She meandered in the area for a while and then went eastwards. The police were able to trace her movements till her phone died or was turned off at Southwest 11th Court in Fort Lauderdale. Throughout the video, Sophie was seen to be walking alone.

According to the police, Sophie was experiencing undiagnosed depression and anxiety. A Fort Lauderdale police detective also told WSVN-TV that Sophie had visited sugar daddy websites and could have been in touch with older men. Her mother also alleged that her disappearance had something to do with Sophie’s friend circle, social media, and her “talking to the wrong people” as she found stockings, garter belts, alcohol, and drugs in Sophie’s bedroom.

Were Lauren Dumolo and Sophie Reeder Ever Found?

Lauren Dumolo has not been found since her disappearance. Lauren’s family has hired a public investigator to look into her disappearance. They, along with the police, have conducted at least three searches involving members of the public. There is also an $8,000 reward offered through Southwest Florida Crime Stoppers for any information on Lauren. Lauren’s family is running a campaign through social media under the tag #BringLaurenHome. They continue to raise funds for their search campaign by organizing events in their community. Time and again, her family has appealed to the public for information as her father told Dateline, “I will never give up on my daughter, I’m not giving up and I’m not leaving until we find her and answers about what happened.” 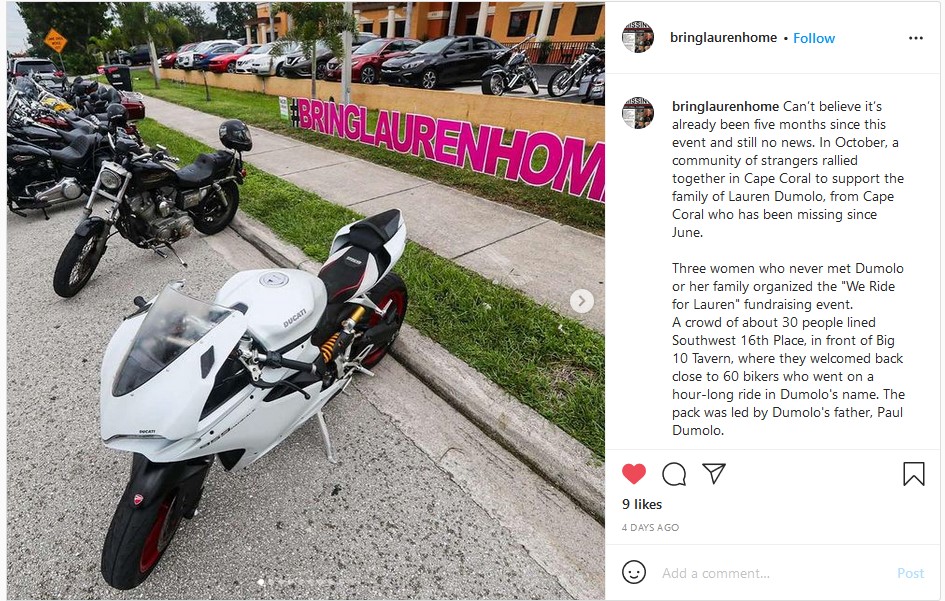 There has been no news of Sophie Reeder since she vanished. Her family has put out multiple alerts on social media, newspapers, and TV channels in hope of getting some information about Sophie. Crime Stoppers have offered a $3,000 reward for any information that would lead to the arrest of people who are responsible for Sophie’s disappearance.

Approximately two months after her disappearance, the police executed a search warrant at a home in an area Reeder was known to frequent. There, investigators lifted fingerprints and questioned three men, but no arrests were made. During their search, the police seized cell phones, two computer towers, ammunition, and a pair of headphones, believed to be similar to the ones Sophie was wearing, from the house. Some also fear that she could have been a victim of human trafficking, although this is just a theory presently.

Are Lauren Dumolo and Sophie Reeder Dead or Alive?

Since neither person has been found, the current statuses of the missing women are not known. Lauren’s family fears the worst, but her father refuses to give up on the search. On June 24, 2020, the police changed Lauren’s status from a missing person to an endangered missing person. Sophie’s family worries that Sophie met a man online and went missing when she went out to meet him. Yet, even they refuse to give up hope and believe that Sophie will come back home one day. Both families continue to honor and remember their loved ones as they wait and pray for their safe return.

Read More: What Happened to Nique Leili? Where is Matt Leili Now?