What is Bailee Madison’s Net Worth?

Bailee Madison is a producer and actor, who rose to prominence with the 2009 psychological drama film ‘Brothers.’ Born on October 15, 1999, in Fort Lauderdale, Florida, she grew up alongside her six siblings (two sisters and four brothers). Bailee, interestingly was only two weeks old when she started appearing in commercials. Her first project was an Office Depot commercial, and she went on to work with several well-known brands such as Cadillac, SeaWorld, and Disney.

However, Bailee was destined to work in the world of cinema and television and made her major motion picture debut in Todd Robinson’s neo-noir film ‘Lonely Hearts,’ in which she appeared as Rainelle Downing. She was only 7 when the film was released, but it marked the beginning of a promising career that has helped earn a considerable fortune. However, before we get to that, let’s learn more about her career so far.

How Did Bailee Madison Make Her Money?

Apart from doing commercials at a young age, Bailee Madison quickly made a name for herself in the movie industry and was constantly working in one movie after another. In 2007 alone, Bailee starred in the fantasy adventure movie, ‘Bridge to Terabithia,’ ‘Look,’ the television drama film ‘Saving Sarah Cain,’ and ‘The Last Day of Summer.’ In the same year, she made her television debut by appearing on ‘CSI: NY’ as Rose Duncan. She has also showcased her talent in other shows such as ‘House,’ ‘Unfabulous,’ and ‘Cory in the House.’

The following year, Bailee was nominated for Young Artist Awards for ‘Bridge to Terabithia,’ ‘House,’ and ‘The Last Day of Summer’ and ended up winning three of her four nominations. Although she appeared in television shows and films in 2008 as well, her next big film ‘Brothers,’ was released in 2009. In the year after that, Bailee acted in films like ‘An Invisible Sign,’ ‘Conviction,’ ‘Letters to God,’ ‘Don’t Be Afraid of the Dark.’ 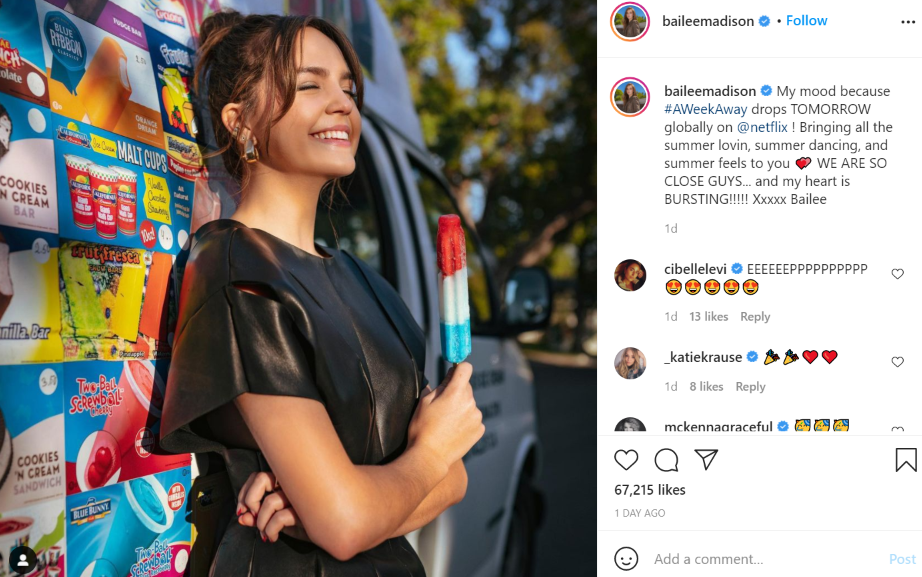 Although Bailee continued to work in the television industry as well, she mostly played small roles until she headlined the sitcom ‘Trophy Wife’ by essaying the role of Hillary Harrison. Just a year later, after the show’s conclusion, she played the role of Grace Russell in the fantasy drama series ‘Good Witch.’ Her other notable television shows include ‘Wizards of Waverly Place,’ ‘Once Upon a Time,’ and ‘The Fosters.’ Meanwhile, her career in the film industry was also flourishing, and she appeared in the romantic-comedy film ‘Just Go With It,’ ‘Parental Guidance,’ and the family movie ‘Cowgirls’ n Angels.’

Bailee also acted in the rom-com ‘Just Go with It,’ the 2014 fantasy film ‘Northpole,’ and ‘The Strangers: Prey at Night.’ Since 2016, Bailee has also produced some films, and it appears that the actor is curious to explore other spheres of moviemaking apart from acting. However, it does not seem that Bailee is giving up acting anytime soon. In January 2018, Madison published her first novel titled ‘Losing Brave,’ which she co-wrote with Stefne Miller. Her career so far has been dreamlike and has helped her make a lot of money. So without waiting anymore, let’s have a look at her net worth.

Bailee Madison’s estimated net worth is around $6 million. The talented actress has no dearth of acting opportunities in the film industry, with her latest project being Netflix’s musical ‘A Week Away.’ If we couple her successful acting career and producing credits, we can expect a significant increase in her net worth in the coming years.