What Is Catelynn Baltierra’s Net Worth? 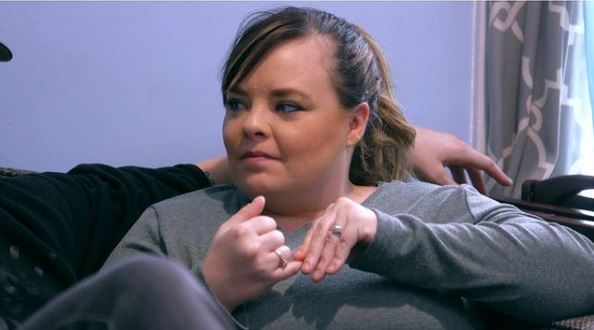 Catelynn Baltierra is most well known for being a regular on the MTV show ‘Teen Mom,’ renamed ‘Teen Mom OG.’ The show, which is a spin-off of the original MTV show, ’16, and Pregnant,’ continues to chronicle the lives of young mothers who experienced their first pregnancies in their teenage years. Catelynn has one of the most intriguing stories on the show, which has helped her and her present husband, Tyler Baltierra, gain a large and loyal fan-following. Along with her husband, who has been her better-half since the very beginning, Catelynn has managed to build a stable source of income for their family.

Born in 1992, the Algonac, Michigan, native met Tyler when they were in seventh grade. And when they were in high school, at the age of 16, Catelynn became pregnant for the first time. The couple took a unanimous decision of putting their first child, a daughter, up for adoption. The child, born in 2009, was named Carolyn “Carly” Elizabeth Davis by her adoptive parents. Catelyn and Tyler are still in touch with Carolyn. 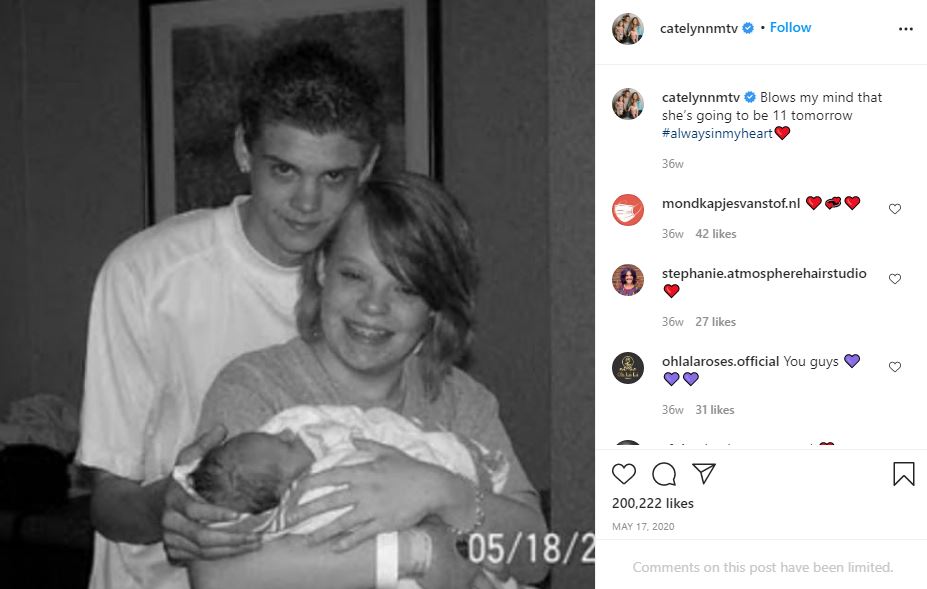 The couple had their second child, a daughter, in 2015 and named her Novalee Reign. They were married later that same year. Catelynn has suffered from suicidal thoughts after she miscarried, for which she said she was receiving treatment in 2017. She enrolled in therapy again for the third time in 2018. In 2019, the couple was blessed with their third daughter, Vaeda Luma. In 2021, the couple said they are not opposed to the idea of adopting a child. If you are wondering how Catelynn made her wealth, we found out some answers that might interest you.

How Did Catelynn Baltierra Make Her Money?

Catelynn Baltierra launched her career by first appearing on MTV’s ’16 and Pregnant.’ Her career as a reality TV star was further propelled by ‘Teen Mom,’ later renamed ‘Teen Mom OG’ in its fifth season. The Baltierra couple’s on-screen and off-screen chemistry has made them a fan-favorite. The couple has also been featured in yet another show from VH1 called ‘Couples Therapy,’ which shows celebrity couples receiving relationship counseling from psychotherapist Dr. Jenn Mann and her staff. 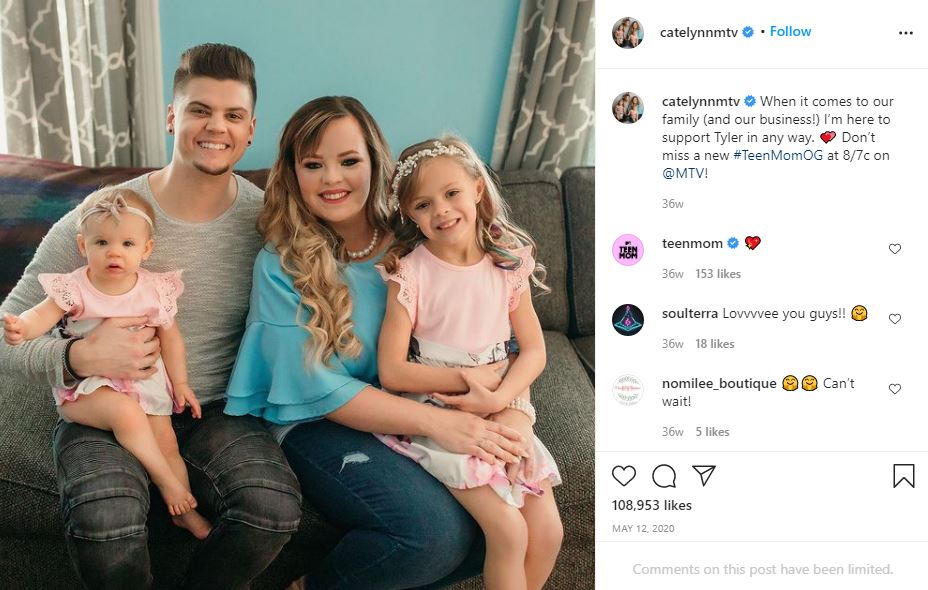 In 2016, the pilot episode of the couple’s show, the ‘Teen Mom’ spin-off, ‘Reunited,’ was aired by MTV. But the show was canceled just after the first episode. Explaining the cancelation to fans, Tyler said, “MTV refused [Reunited] because ‘it was too heavy’ even though it rated #2 on cable TV that night.” Catelynn and Tyler decided to pen down their experience so far in a book titled ‘Conquering Chaos’ which was first published in March 2015. The book talks about their struggles and describes how the couple managed to face all their hardships. The couple launched a children’s clothing line brand called Tierra Reign after the birth of their daughter, Nova, in 2015. The brand specializes in producing high-quality children’s clothing. The income from this business also adds to  Catelynn’s net worth.

What is Catelynn Baltierra’s Net Worth?

Given her successful reality show career and her book, it should come as no surprise that the net worth of Catelynn Baltierra is currently estimated to be $1.3 million. The star reportedly earns $500,000 per season of ‘Teen Mom OG.’